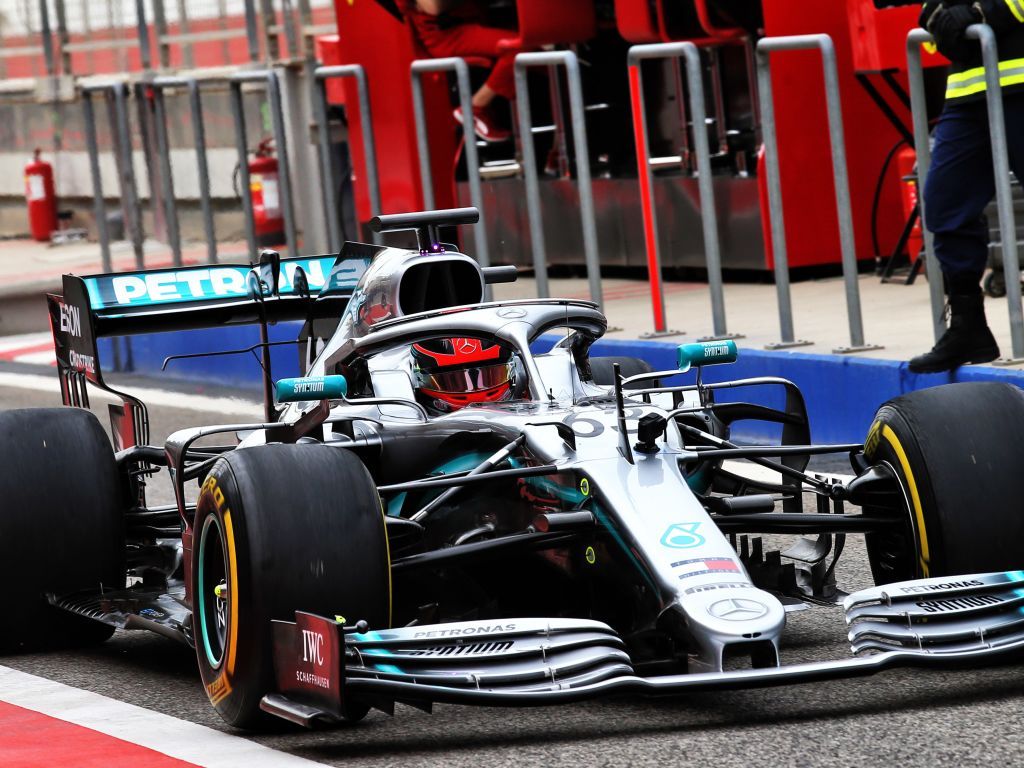 George Russell was pleased with what he learned after finishing fastest for Mercedes in the post-Bahrain Grand Prix test.

Part of the Mercedes young driver programme, Russell swapped the back-marker FW42 for the title-challenging W10 in the final day of the Bahrain in-season test.

The Brit was able to set a time of 1:29.029 to end the day P1, and now hopes to take away his experiences and put them into improving his performances.

However, he also insisted that he doesn’t see much value in trusting times set during testing.

“Timings don’t mean a lot in testing; however, it’s always a special experience to be on top of the time-sheets,” he told The Chequered Flag.

“We had a very productive day today, the team learned a lot of things to help them progress. Driving a different car than usual, I personally also learned a lot which I can take back to further improve my driving.”

Fastest time of the test! 🙌

This run-out, following his victory in the F2 Bahrain Feature Race, capped off a solid weekend for the Canadian.

“When I was able to start pushing I quickly got up to speed. I’m very happy to get my first experience with the team,” he told his official website nicholaslatifi.com.

“For me, any running in a Formula 1 car is great experience. There’s a lot of knowledge and very smart people behind the scenes. We’re not where we want to be as a team but there’s plenty for me to learn and it’s all valuable experience.

“I have a simulator day on Monday, and a large part of that will be correlation from the test, helping the guys to see how we can improve that.

“That’s an important tool to help development of the car. I’ll be helping the team from the base during the Chinese Grand Prix weekend, before beginning my preparations with DAMS ahead of the next Formula 2 round in Baku (26-28 April).”