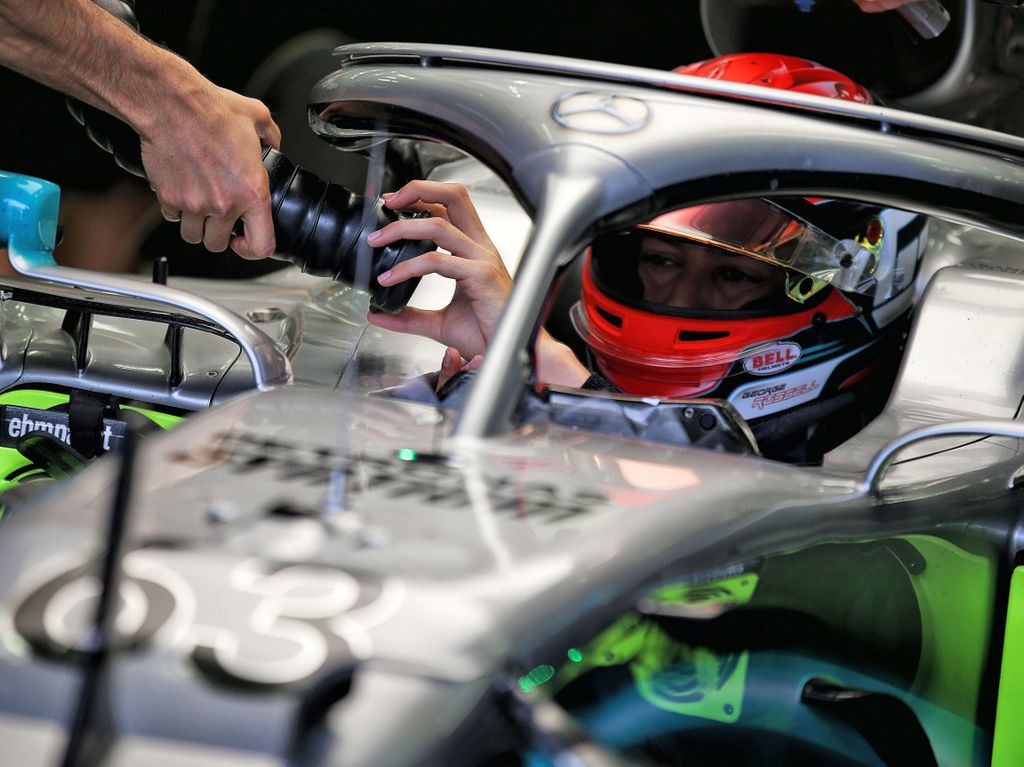 George Russell set the fastest lap time in Wednesday’s Bahrain test, driving the Mercedes W10 for the day and not the Williams.

Although racing for Williams, Russell remains a member of Mercedes’ junior driver programme.

As such the team called on the reigning Formula 2 champion to test the W10 on Wednesday, using up one of their young driver days.

To put that into perspective, it was 2.7 seconds faster than his qualifying lap in the Williams for the Bahrain GP.

As the sun shone down on the Bahrain International Circuit, the teams were eager to make up for the track time lost on Tuesday when the rain fell.

Carlos Sainz fired the opening salvo but that was quickly beaten by Sebastian Vettel, a 1:30.984.

Vettel wasn’t done and continued to lower the benchmark time, finishing with a 1:29.319 at lunch.

With many of the drivers switching to race simulations in the afternoon, Vettel held onto P1 for several hours.

While it looked as if that would be the day’s P1, a late run from Russell in the Mercedes saw the Brit shave 0.07s off the P1 time to finish quickest of all.

Perez was second but it was nonetheless a good showing from Racing Point especially as the Mexican racer concluded the Bahrain GP weekend saying the RP19 was nowhere near what the team wanted.

Vettel had to settle for third place, 0.223s off the pace, while Carlos Sainz – stepping into the regular McLaren having spent most of his day in the other car conducting tyre tests for Pirelli – was fourth.

Daniil Kvyat was fifth quickest ahead of Mick Schumacher. The German was in action for Alfa Romeo on Wednesday, covering 70 laps with a best time of 1:29.998.