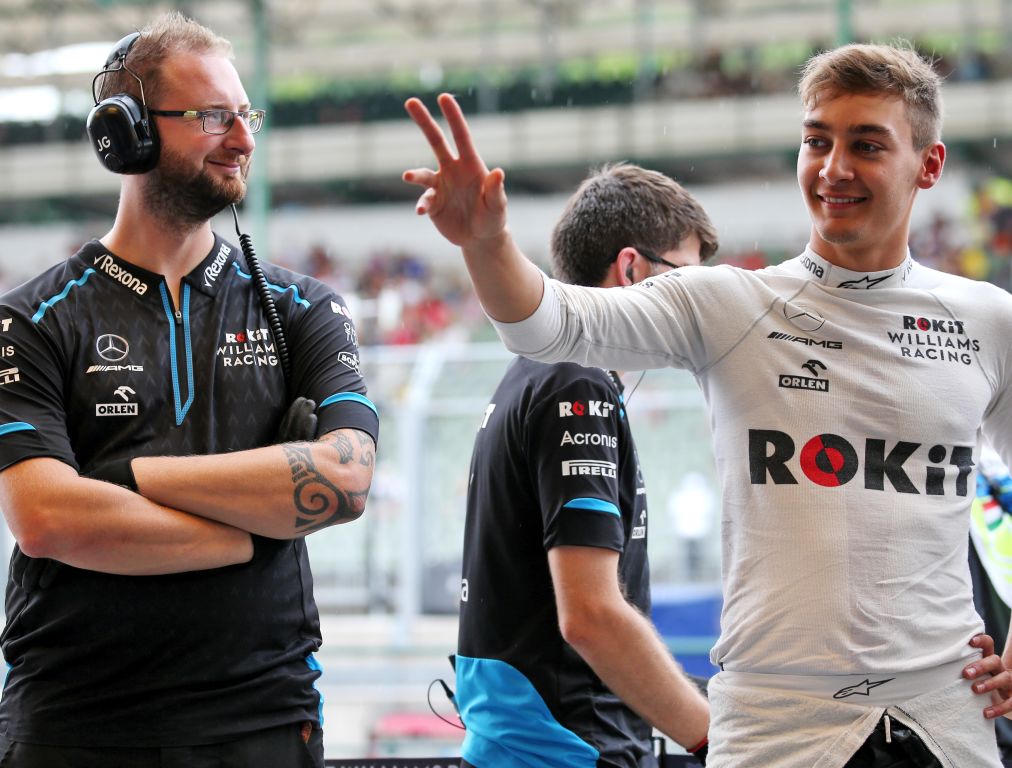 Williams’ George Russell admitted after his stunning qualifying performance in Hungary that the struggling team have “turned a page”.

The Mercedes junior raised his stock with the Silver Arrows even further with by far his and Williams’ strongest qualifying display of 2019 with P15 on the grid, following Antonio Giovinazzi’s penalty.

Russell missed out on the second qualifying session by a mere 0.053s, a huge step forward for both driver and team considering they have been consistently over a second off the rest of the field so far in 2019.

The Brit was 1.3s faster than team-mate Robert Kubica at the end of Q1 and he admits that the Woking outfit have now “turned a page”.

“It was unbelievable, I’m almost lost for words,” he told Sky Sports.

“There’s been so much work behind the scenes to make the aero and the correlation better, and it’s been a long process.

“We brought the update to Germany, but there were a number of reasons why we weren’t quick there.

“This was the first true test, and regardless of the outcome tomorrow we can go into the summer very pleased.”

We’re getting there 😉 Amazing effort from everyone in the team – the car came alive today!! 👊#F1 #HungarianGP 🇭🇺 pic.twitter.com/rlIXPqG0Ex

Mercedes are going into the summer break with a decision to make on whether to retain Valtteri Bottas for 2020 or call up reserve driver Esteban Ocon, but Russell has now surely put his name in the conversation.

But for now Russell is focused on Williams and building on their hard work.

“It shows what the team have done over the last year has been worth it,” Russell added.

“There’s much to come later in the year, so it’s refreshing to know that the work we’ve done has been worth it.”