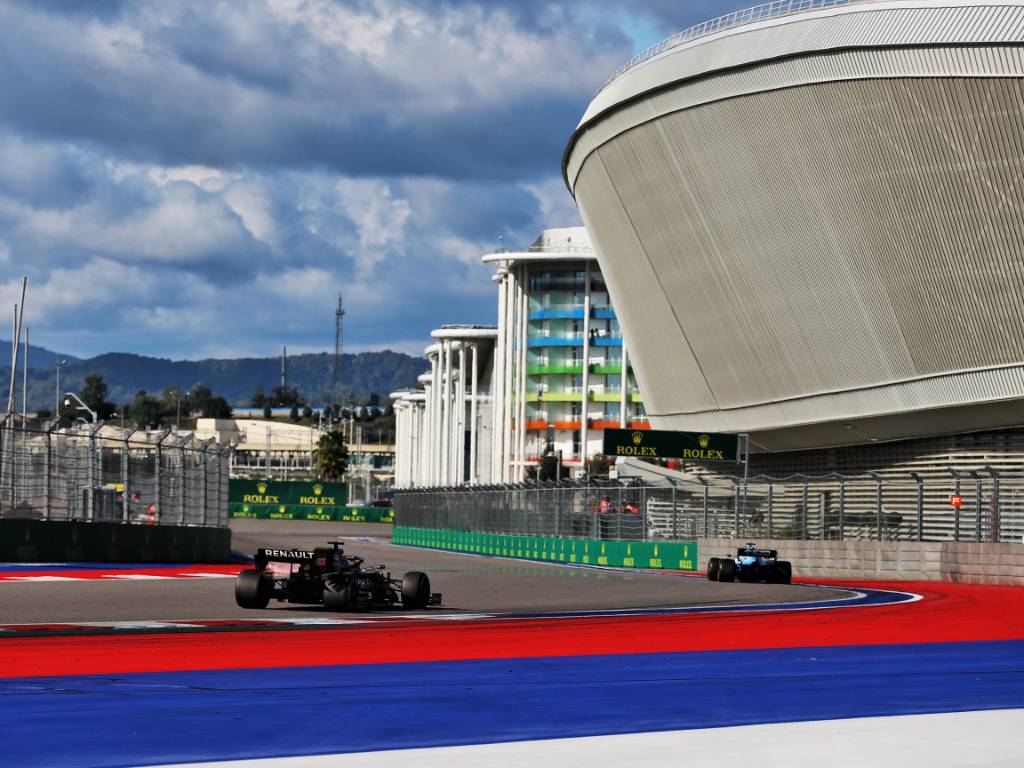 F1 heads for the Black Sea coast and the resort of Sochi this weekend as the teams begin a slightly less hectic second half of the 2020 season.

After three consecutive triple-headers with only a week’s break in between each one, the autumn schedule is rather more spread out along the countdown of the 17 races that will comprise this rescheduled campaign.

However, Mercedes and Lewis Hamilton will certainly not be complaining. The dominant F1 constructor have won seven of the nine races so far and Hamilton has won six as he closes in rapidly on equalling Michael Schumacher’s record of seven World Championship titles.

The 35-year-old Briton has a fine record at Sochi too and whether it turns out to be as straightforward as his serene victories this season in Spain and Belgium, or as dramatic as his wins at Silverstone and Mugello, there is no question Hamilton is the hot favourite to make it seven out of 10 for the campaign.

Where does the 2020 Russian Grand Prix take place? 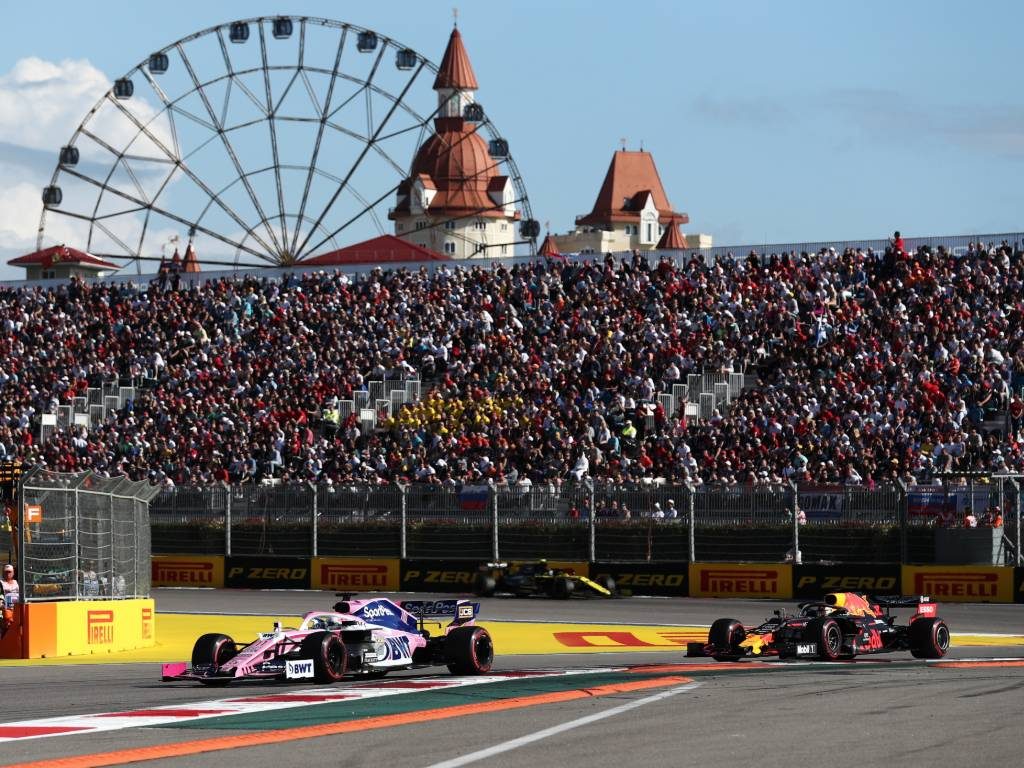 The Sochi Autodrom initially formed part of the venue used for the 2014 Winter Olympic Games, but the tropical beach holiday resort on the Black Sea coast is now considered a Formula 1 hub.

The 5.848-kilometre track, which runs clockwise, is the third longest on the 2020 F1 calendar after Spa and Silverstone. Sunday’s race will be run over 53 laps.

Daniil Kvyat has been honoured with the T4 Grandstand – which can see the action at Turns 2, 3, 4 and 5 – being named after the Russian, who made history at the 2014 Australian Grand Prix when he became the then-youngest points scorer in F1 history.

Directions: How can I get to the 2020 Russian Grand Prix?

The Sochi International Street Circuit is in the Black Sea resort town of Sochi in Krasnodar Krai, Russia. There are no direct flights to Sochi from Western Europe but plenty of regional flights. It is likely most air passengers will need to change in Moscow or Istanbul en route to the race.

For race weekend, there are normally special transport options and local buses and trains run to the Imeretinskiy Kurort station which is within walking distance of the track. The train journey from central Sochi to the circuit takes around 50 minutes.

Where can I watch the 2020 Russian Grand Prix on TV?

The Russian Grand Prix will be shown live on TV on the following outlets in other key markets:

What are the odds for the 2020 Russian Grand Prix?

Latest bookmaker information shows that Lewis Hamilton is again a red-hot favourite for a victory that would build an even bigger lead in the World Championship standings which already stands at 55 points.

Only his Mercedes team-mate Valtteri Bottas and Red Bull’s Max Verstappen, who have regularly shared the podium with Hamilton this season, are regarded as having any chance of denying the Briton a Sochi three-peat after his 2018 and 2019 triumphs.

What is the weather forecast for the 2020 Russian Grand Prix? 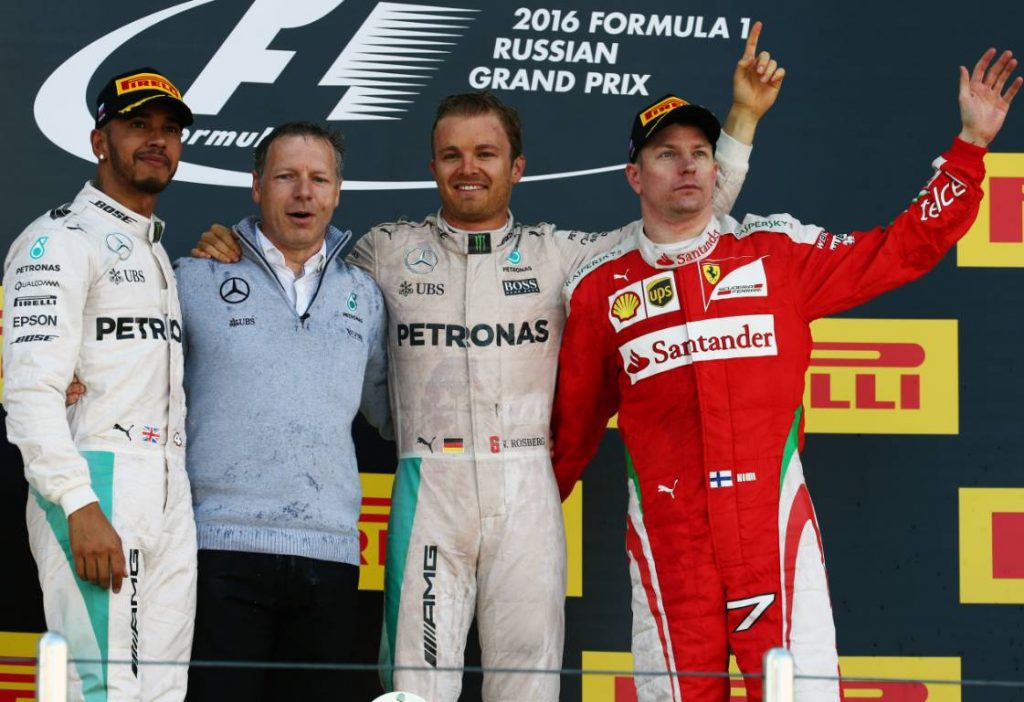 Officially, there was a Russian Grand Prix on two occasions before World War I in St Petersburg, but we only really need to concern ourselves with the six races since the event was inaugurated in the modern F1 era.

Mercedes have a 100% winning record at Sochi, with a victory apiece for Nico Rosberg and Valtteri Bottas sandwiched in between Lewis Hamilton’s quartet of triumphs.

Even surprises among the podium-finishers have been rare, although Sergio Perez did bag P3 for Force India, as Racing Point were then named, in 2015.

One point of interest, however, is that in only two of the six editions of the Russian Grand Prix has pole position been converted into victory.

The six winners of the Russian Grand Prix are as follows:

What is the starting grid for the 2020 Russian Grand Prix?

Lewis Hamilton bagged pole position 96 of his career as he attempts to reach 100 before the season is out. Max Verstappen was able to split the two Mercedes cars in P2 to set up at fascinating start on the long run down to Turn 2 on Sunday.

Alex Albon and Nicholas Latifi have both been hit with five-place grid penalties as their respective teams opted to fit new gearboxes.

The starting grid is as follows:

After nine of the season’s 17 races, here is how both of the 2020 Championships look at the top end:

F1 departs from the Tuscan hills to take on the challenges of Sochi. Discover what teams are up against at the 2020 #RussianGP 🇷🇺 #Fit4F1 more: https://t.co/iGuWiZndsg pic.twitter.com/DBj4TZ3Kcd

It’s the three softest tyres in the Pirelli range – the C3 is the hard for this event, the C4 the medium and the C5 as the soft.

The manufacturer say the choice was made “based on the smoothness of the asphalt at Sochi, which is well known for being relatively easy on tyres”.

Pirelli added that “the weather is also generally mild in Sochi and there aren’t many high-energy corners, making the three softest tyres the ideal choice”.

However, they have decided to go one step softer than last year when 10 of the 15 runners classified as finishing the race made only one pit-stop.