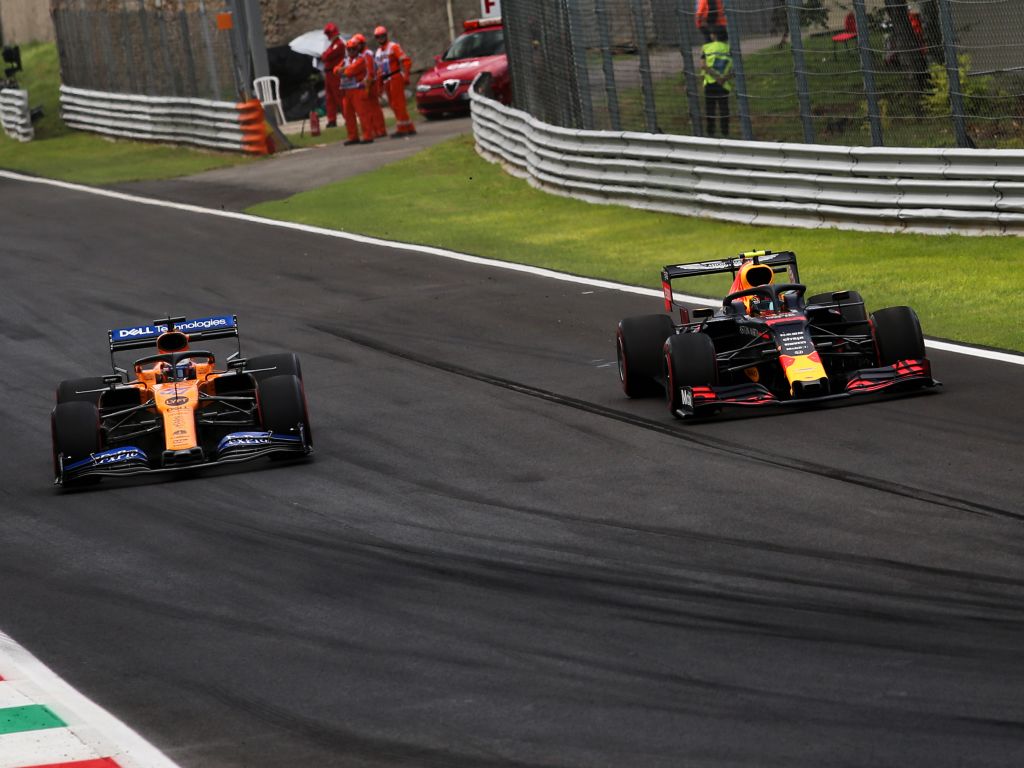 McLaren’s Carlos Sainz confirmed that he apologised over team radio after banging wheels with Alex Albon in the Italian Grand Prix.

Albon attempted a dive down the inside of the McLaren man at the Roggia chicane in pursuit of P8, but Sainz was able to get better drive out of the chicane to draw level with the Red Bull driver.

However, after staying to the outside into the Lesmos, Albon banged wheels with Sainz and went off into the gravel, demoting him to P11.

Sainz would ultimately retire from the race with a loose right front tyre, while Albon recovered to finish P6 behind the Renault’s.

The Spaniard has confirmed that he apologised for the Albon incident over team radio and claimed that he was surprised with the late-braking move which seems to be a trait of Red Bull drivers.

“He went really deep into Turn 4 [Roggia], really late braking with that Red Bull like we always see with Max [Verstappen] and everyone who drives that car,” Sainz was quoted by Autosport.com.

“I was quite surprised that he went for it and I managed to get a run on the inside to Turn 6 [Lesmo one].

“In the middle of Turn 6 I made a bit of a nudge on the rear, and I think that was just enough to get him a bit out of line, which I apologised for over the radio at that point, but it was honestly hard racing, and I lost the car a bit so there is nothing I would have done differently.”

Albon would receive a five-second penalty later in the race for cutting the Roggia chicane when battling Kevin Magnussen, though he believes his moves were “justified”.

As for his altercation with Sainz, he put his trip into the gravel down to running wide rather than contact from the McLaren driver.

“I felt like my initial move was quite good, I quite liked my move on the first part,” Albon said when explaining his overtake into the chicane.

“He got the switchback, which was a good move by him. And then I know I have more grip than him in the corners, so I did try it around the outside and I thought the move was on.

“I think he would have had the corner into Lesmo two, but that was kind of my plan, to get him into Ascari, just to keep him off-line into the second part.

“We’re talking small margins, I dropped my wheel maybe 10cm wider than I would have liked and I got into the gravel.” 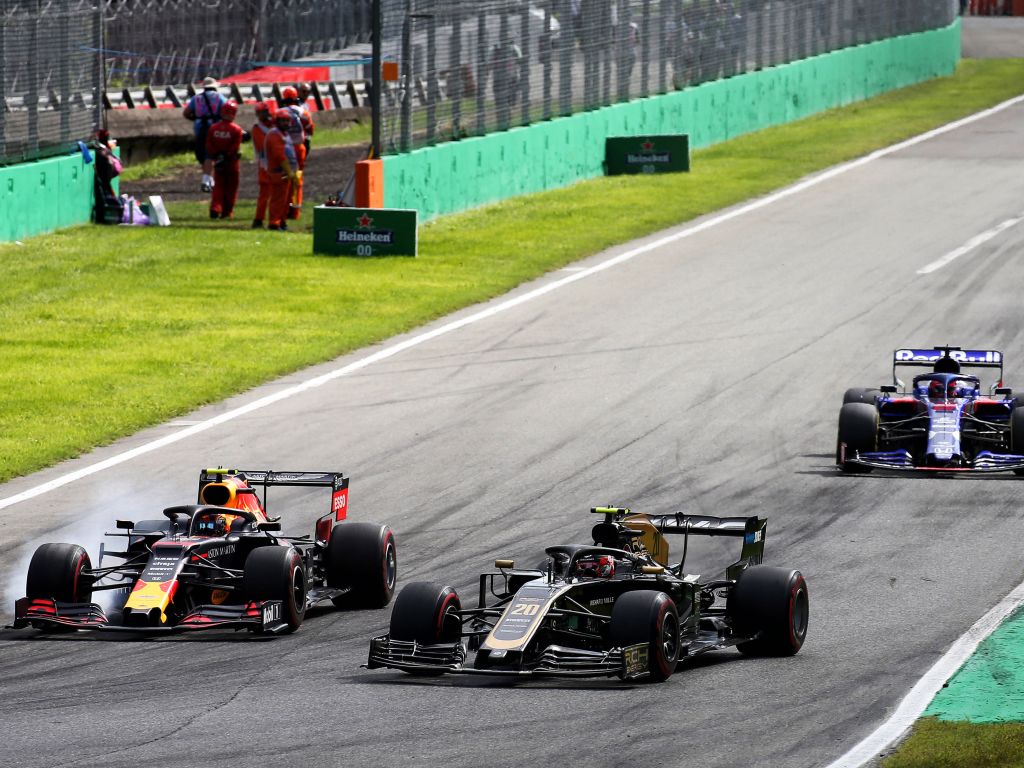 Albon described his penalty for the Magnussen incident as a “bit harsh”, claiming that he had taken to the escape road in avoidance of a move by the Danish driver.

Red Bull had been told by the stewards that they could instead let Magnussen back through but the team “declined on the basis that it believed that car #23 [Albon] had been forced off the track”.

Albon also argued that Daniil Kvyat getting involved in the battle had made relinquishing the place more complex.

“I thought it was a bit harsh because I did the move down the straight, I was ahead at the time,” Albon argued.

“He went for the move, which was fair enough to him. If I turned in we would have crashed, so I had to go straight.

“I wouldn’t call it a divebomb, but there was nowhere for me to go, so I had no choice but to cut the chicane.

“And because I was so deep I got overtaken straight away by Danny, so I was a bit like ‘I’m not going to go back two positions to try and get back two’.

“So I just had to keep going. I understand why they gave it to me, I just couldn’t go anywhere.”