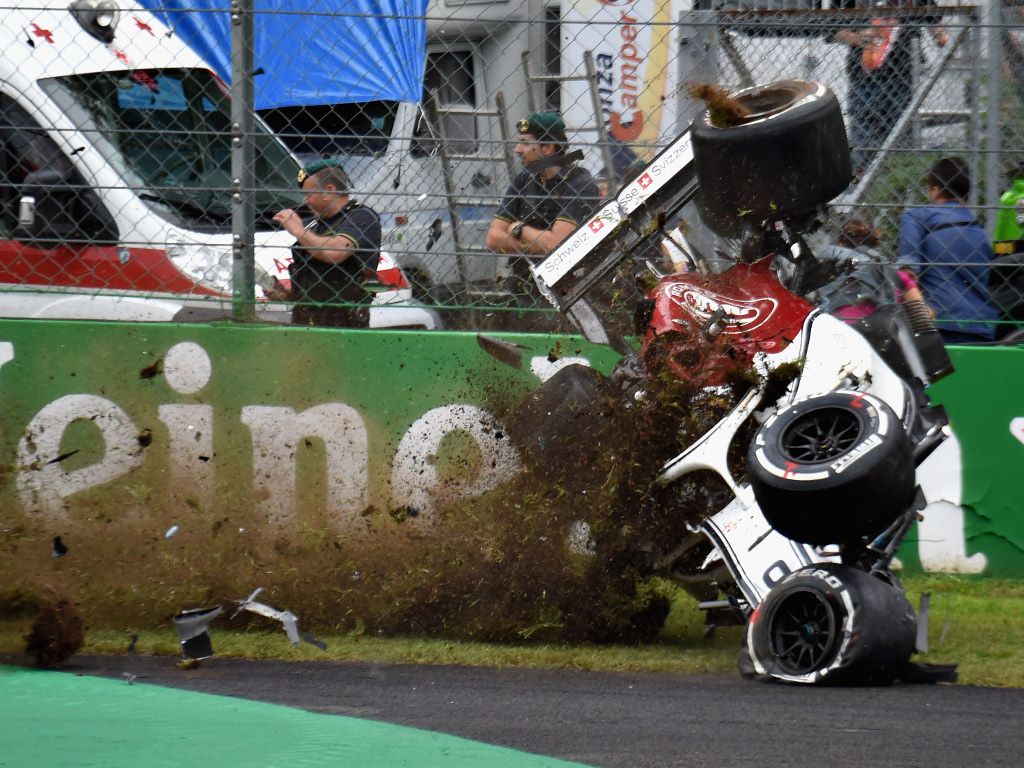 Carlos Sainz says Formula 1 must find a way to improve overtaking that does not include the “dangerous” DRS after Marcus Ericsson suffered a horrific crash in FP2.

Ericsson was lucky to walk away unhurt when he crashed at speed at the Monza circuit on Friday afternoon.

The Sauber drivers DRS failed to close completely when he braked for the first chicane, sending him crashing into the wall before barrel rolling.

Sainz, who was “just glad he’s OK” says Formula 1 must get rid of the DRS.

“This artificial device, the DRS, it’s a dangerous thing,” he told Autosport.

“If it doesn’t close the car changes completely. On balance, on braking performance.

“So, I’m just wondering if Formula 1 is going to develop towards no need for DRS for overtaking.

“I do feel we need DRS nowadays because otherwise overtaking would be pretty much impossible, but hopefully they develop a formula without the need of DRS.”

Meanwhile Pierre Gasly says he was “surprised” that Ericsson wasn’t hurt given the voracity of his crash.

“It was really scary,” said the Frenchman.

“I was in the car in the box and it’s not the sort of images you want to see on TV before you go out.

“I saw him get out of the car. I was actually surprised, he seemed completely fine.

“At that speed, you arrive at 330km/h, when you lost the car that way and hit the wall and start to roll it’s never nice.”