Home News Sainz has no answer for Brazil power loss 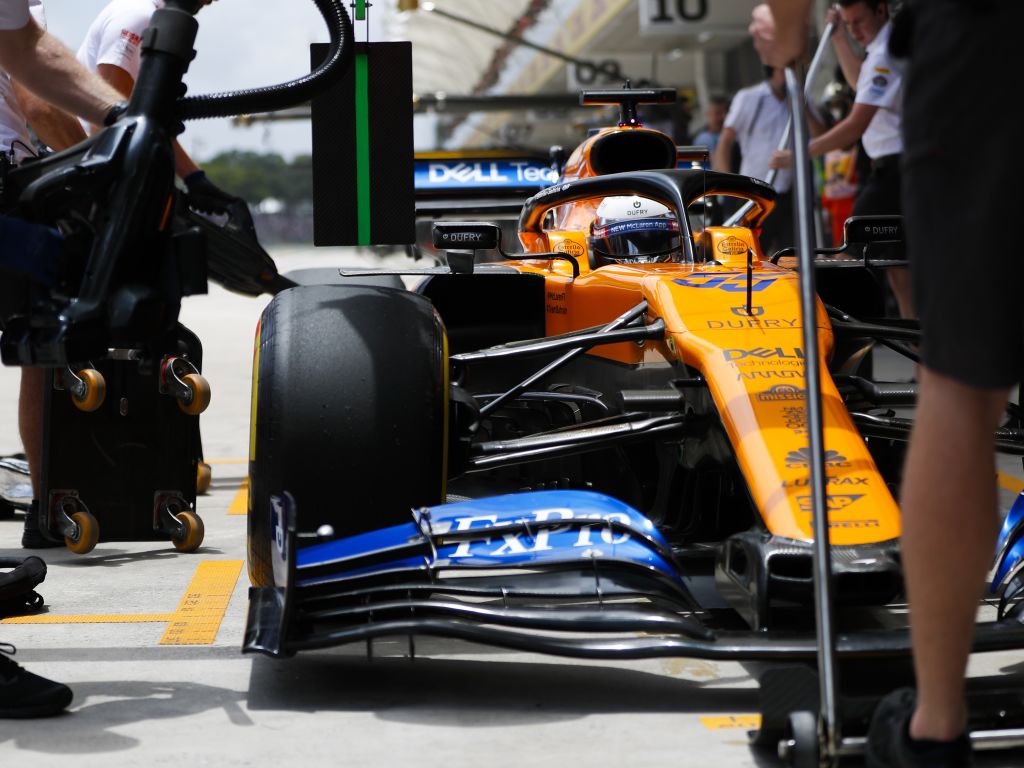 McLaren’s Carlos Sainz says he has no idea what was behind his loss of power that eliminated him during Q1 at the Brazilian GP.

The Spaniard was completing his instillation lap around Interlagos when he complained over team radio regarding a loss of power, before returning to the garage.

The on-board camera did indeed suggest that something had failed in the MCL34, and it proved to be a costly issue with McLaren running out of time in Q1 to fix the problem.

That meant Sainz was eliminated without setting a lap and will start the race P20 on a vital weekend where he looks to stay in contention with Red Bull’s Alex Albon for P6 in the Drivers’ Championship.

Albon currently holds a four-point advantage over Sainz in the standings having made the switch to Red Bull over the summer break, and with the Anglo-Thai driver yet to finish outside the top six in Red Bull colours, this could issue has the potential to all but end Sainz’s hopes of P6.

But what’s proving most frustrating for the 25-year-old is the fact that he still doesn’t know what the problem was.

“What can you do… a loss of power at the end of the final corner and there was no time to repair it,” a deflated Sainz told Movistar+.

“I just got out of the car and we still don’t know what happened.

“It annoys me a lot as it was a day where we could qualify at the front and have a good race, and now it’s going to take a lot [to get a good result].”