Home News Sainz: It was like a World Championship for me 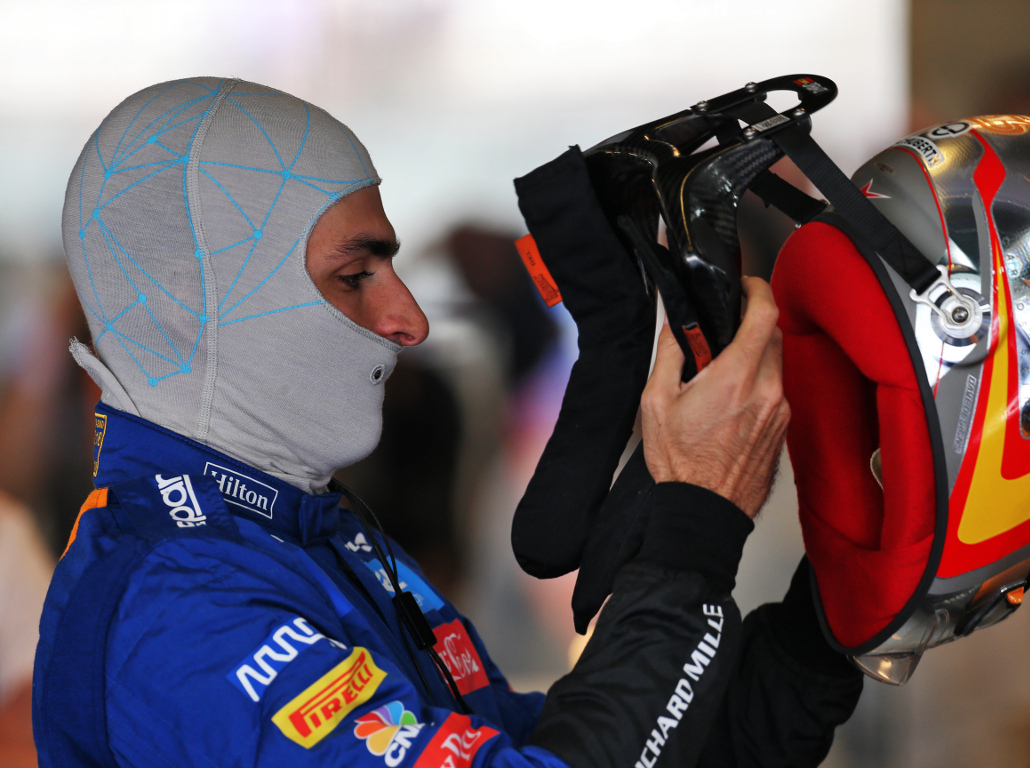 Lining up Nico Hulkenberg for a final lap pass in Abu Dhabi, Carlos Sainz reckoned if “it worked with” Sergio Perez, it would work with the German. It did.

Sainz chased down Hulkenberg on the last lap at the Yas Marina circuit, needing to pass the Renault driver to secure sixth place in the Drivers’ standings.

It was all on the line.

Closing right up at Turn 9, he opted instead to wait until Turn 11 as that’s what worked earlier with Racing Point driver Perez.

Sainz saw the gap, took the gap and bagged sixth in the standings.

“It was the most exciting final lap I think I’ve got, it was like a World Championship for me,” he explained to Racer.

“I got close enough to Nico to throw a move into Turn 9, and decided to back out of it and try it in 11, but I didn’t get the run out of 10 that I wanted, so it meant I arrived too late and a bit far behind.

“I saw a gap on the inside, but it was really small, a bit like with (Sergio) Perez so I said ‘OK, if it worked with Perez, I need to try to make it work with Nico.’ I threw the move and made it stick.

“It’s crazy, at the end of the championship, we were fighting on the last lap, in the last overtaking opportunity of the track. I made it stick.”

Sainz revealed that he was aware of what he needed for sixth throughout the grand prix, after all he was watching it on TV.

Ironic then given that his last-lap pass wasn’t caught by the FOM cameras.

“I made sure I was aware of it. I knew. Well I could follow on the TV also,” he said.

“I knew Gasly was pretty much out of the race. When I was behind Nico in the first stint or second stint, I knew Perez and (Daniil) Kvyat were on the fastest strategy, which by the way is a pain, this medium advantage, having to start the race on the softs.

“They give them a massive advantage on the strategy. There was no DRS in the beginning, we couldn’t go through traffic. It just compromised our whole race.

“The whole race behind Lando (Norris), behind Renault with the dirty air, it was very difficult to manage the tyres, and at the end I was going to get passed by Kvyat and by Perez, and I said our only chance is by getting Nico at the end and pitting for a medium.

“We did it. I think I did one of the fastest laps as soon as I pitted so I could show my pace in clean air, finally. Just got him on the last lap and made it stick.”