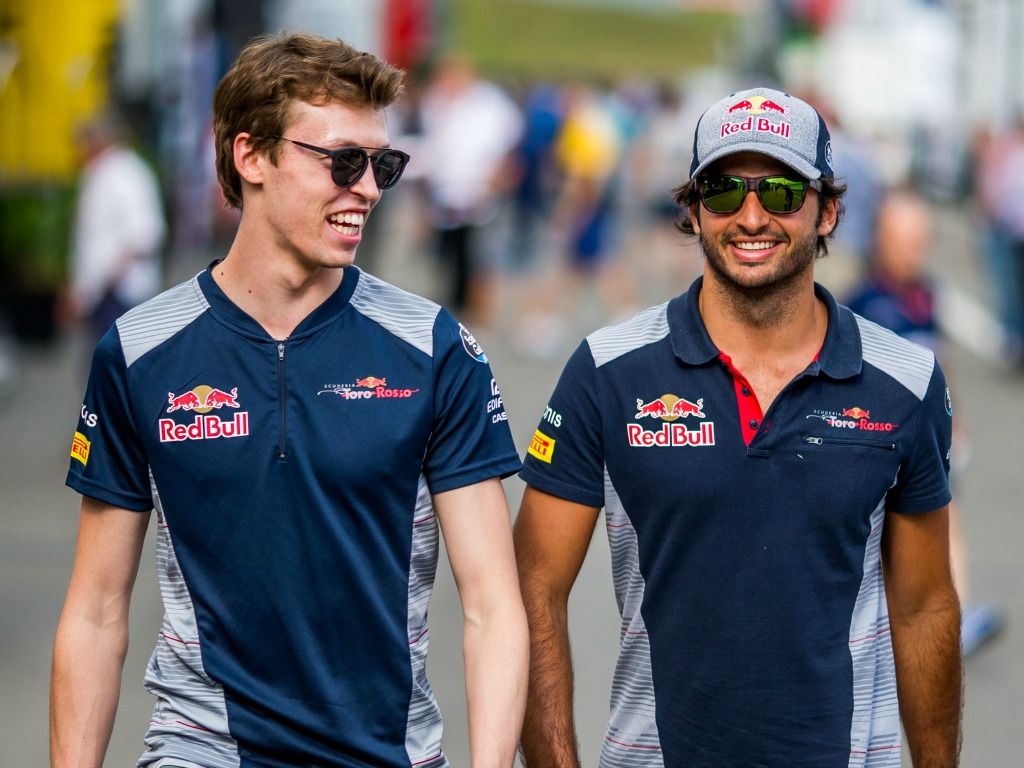 Carlos Sainz has said that former team-mate Daniil Kvyat is “one of the most talented drivers” he has raced against in his career.

The pair were together at MW Arden in the GP3 series in 2013, before partnering up again at Toro Rosso in 2016.

Kvyat has been rumoured to be one of the drivers in line for one of the vacant seats at Toro Rosso, in what would be his third spell with the team.

The Russian is the current test driver at Ferrari, having been part of the Red Bull family up until the end of 2017.

Sainz, who is on his way to McLaren next year, said that he had a feeling that Kvyat would make it back into Formula 1.

“I do have a bit of a personal feeling [about Kvyat] because I do feel Dany is one of the most talented drivers I have ever raced against,” Sainz told motorsport.com.

“When he left Formula 1, I don’t know why, I had this feeling that one day he would make it back.

“Every time I have been against him, in all categories, he sometimes, somehow always find a way back.

The Spaniard, who is currently with the Renault team, admitted that he had told those around him that Kvyat would be back in Formula 1.

“I actually told my manager, I told my dad – ‘I have this feeling that this guy is not over yet, that he is going to come back’,” Sainz added.

“And look, it looks like he has a good chance and I would be very happy for him if he does come back.”