Home News Sainz: McLaren had no pace in Spain 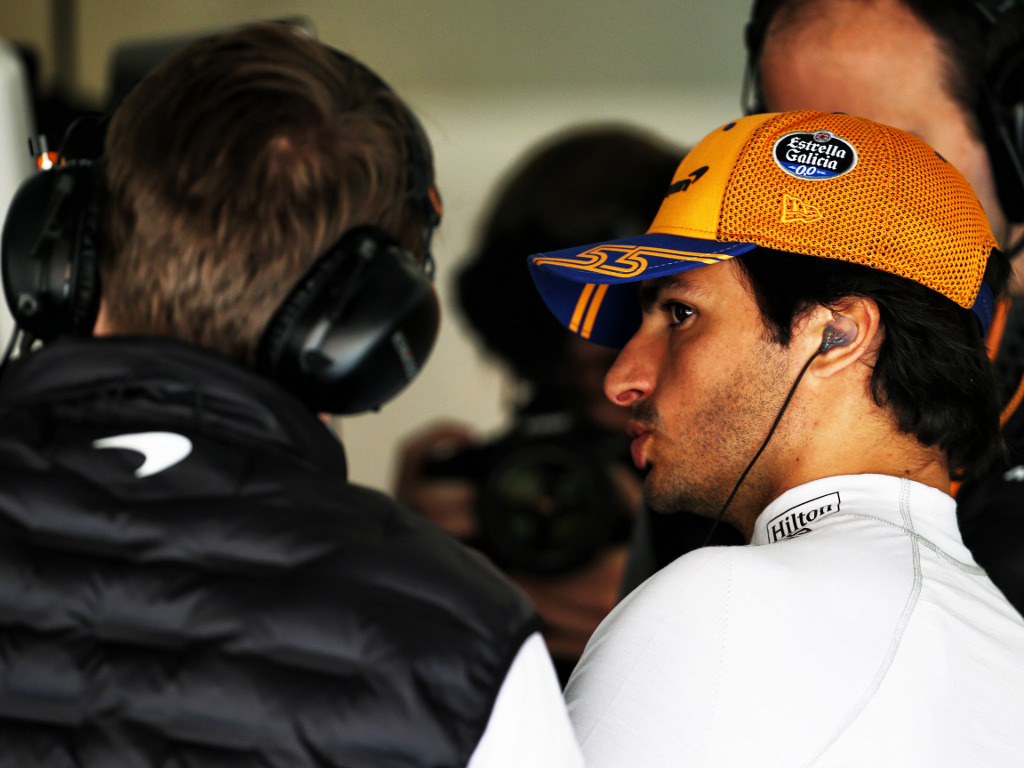 Carlos Sainz said he didn’t expect to score points at the Spanish Grand Prix because McLaren had “no pace”.

The Spaniard spent most of the race battling Renault’s Daniel Ricciardo outside the top ten, but after performing the undercut, Sainz used a late safety car to pass Alex Albon who suffered a slow stop, before passing Daniil Kvyat and Romain Grosjean to finish P8.

“It was a strange race because halfway through the race, I was struggling to hold on in P11, I had Ricciardo on my back and I was struggling in the final sector with the rear end and the wind,” he told Autosport.

“Then after the safety car came out, we executed a good strategy – [we] profited from every opportunity we had to overtake the two Toro Rossos, a Haas and Ricciardo.

“I had to bring home some points, but honestly I thought they were not on the cards.

“Ricciardo was massively quicker than us in the final sector, and I couldn’t keep him behind – at one point he made it by, we got him back, [then the] safety car came out.

“I think with the help of the crowd and wanting to go forward, I made it stick three times into Turn 1.”

The feeling of passing cars when slower than them has given the Spaniard a strong sense of achievement.

“When you have no pace and you still manage to score points I think it’s even more meritory because I did just three or four overtakings when I could, even held onto Kvyat on the last lap when he was on our tail,” he reflected.

McLaren introduced a new aero package for the Spanish GP, but Sainz believes the team still have major work to do on improving their downforce in slow corners.

“Basically, we learned we need to improve in the low speed in the final sector,” he explained.

“We’re not very strong there.

“I think the balance was not right in the car, so we need to check something massively, we need to find out why the pace was not there, but I congratulate everyone because we scored.”