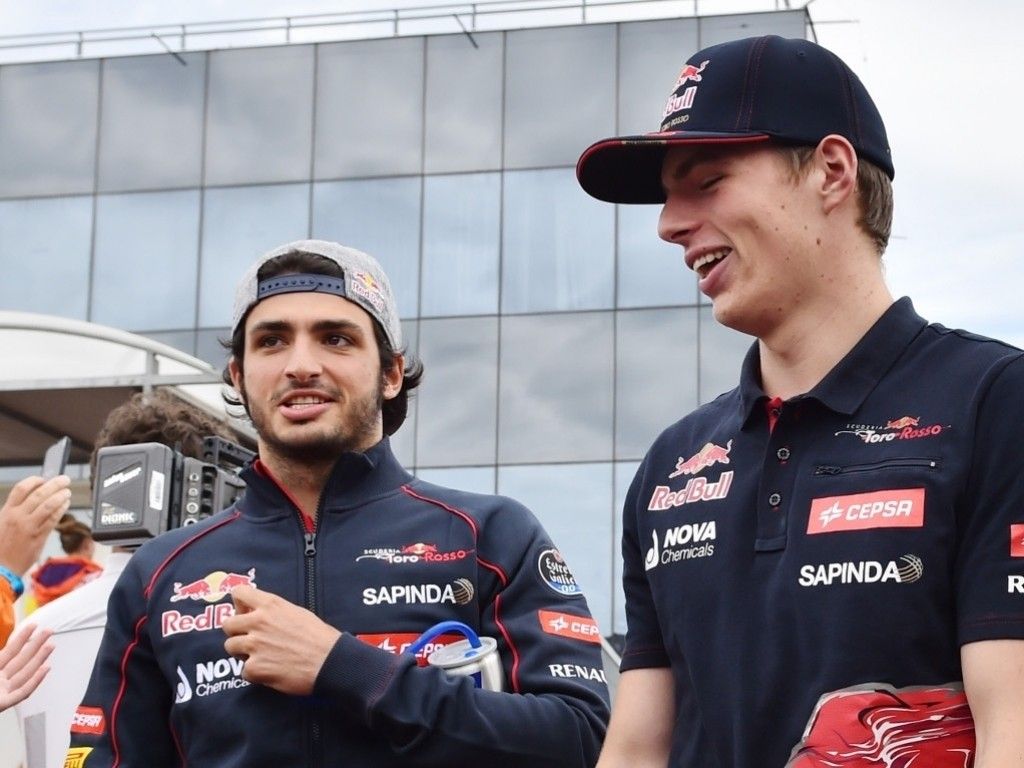 Carlos Sainz has quashed suggestions that he and Max Verstappen “hated each other”, saying it is “certainly not true.”

The duo were team-mates in their debut campaign with Toro Rosso in 2015.

It wasn’t always smooth sailing as both tried to make a name for themselves.

But while Verstappen was promoted to senior team Red Bull Racing, Sainz ultimately had to search outside the Red Bull family to progress his career.

Joining Renault for this year’s championship, he seldom found himself battling his former team-mate as Verstappen ran at the front of the field while Sainz fought for points.

“Everyone thinks we hated each other, but that certainly is not true,” he told Formula 1.

“We had a lot of fun next to the job and we went much better together than people think.

“We were incredibly competitive on the track because we knew we were competing for our careers.”

He added: For me, there is no doubt that he is one of the most talented drivers. He lifted me to a higher level (at Toro Rosso) and he made me a better driver.”

Next season Sainz is moving from Renault to McLaren as he was unable to secure the role of Verstappen’s 2019 Red Bull team-mate. That went to Pierre Gasly.

Sainz, however, has denied speculation that Verstappen blocked his move.

“I don’t know, but I would say no,” he said. “I don’t think drivers really have an effect on that.

“It is a very difficult question you could ask him, but I think as we got on well and we have a rivalry of course, I wouldn’t think he would go to Helmut [Marko] or to Christian [Horner] and say: ‘No I don’t want Carlos.’

“First of all, because the moment you say that, you sound weak, if you to go a team boss and say I don’t want him as a team-mate, you already sound weak. Secondly, I don’t think he ever really said that.”