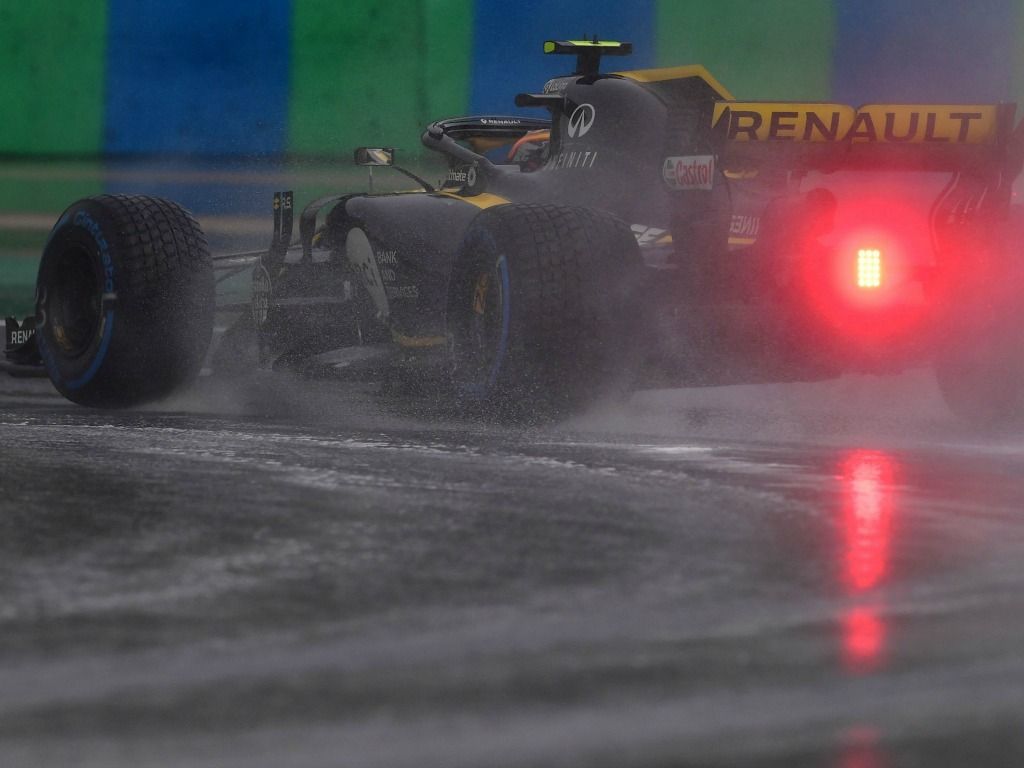 Carlos Sainz equalled his best qualifying performance of the year thanks to a tyre gamble in Q3 on Saturday afternoon.

The Spaniard will line up on the third row of the grid for Sunday’s Hungarian Grand Prix, as the ‘best of the rest’.

The Renault man did so having not come into to pit for a new set of wet tyres, instead posting his fastest time on the old set of wets he already had on his car.

“The team told me that everyone was pitting for a new set [of tyres], but I was on a really good lap. I said, ‘Okay, I can pit and see if the new set gives me a bit more grip, or I can finish this lap that is really good,’ and it put me P3,” Sainz said after qualifying.

“I think it was worth it but then the last lap before the chequered flag, I didn’t have enough grip to improve but I was very pleased with the previous lap.”

For a couple of minutes, it looked like the Spaniard could have pushed his way into the top three, but the two Ferraris came and pushed him down into his P5 grid slot.

“Obviously, we took a bit of a gamble by not pitting for a new set [of wet tyres] but I felt like getting to know the Renault better on extreme tyres that I had never run before ever in my life.

“[So] I was getting to know the car a bit better and decided to take a gamble which paid off with a very good lap, three minutes to the end.”