Home News Sainz quickest, one lap from Ferrari after crash 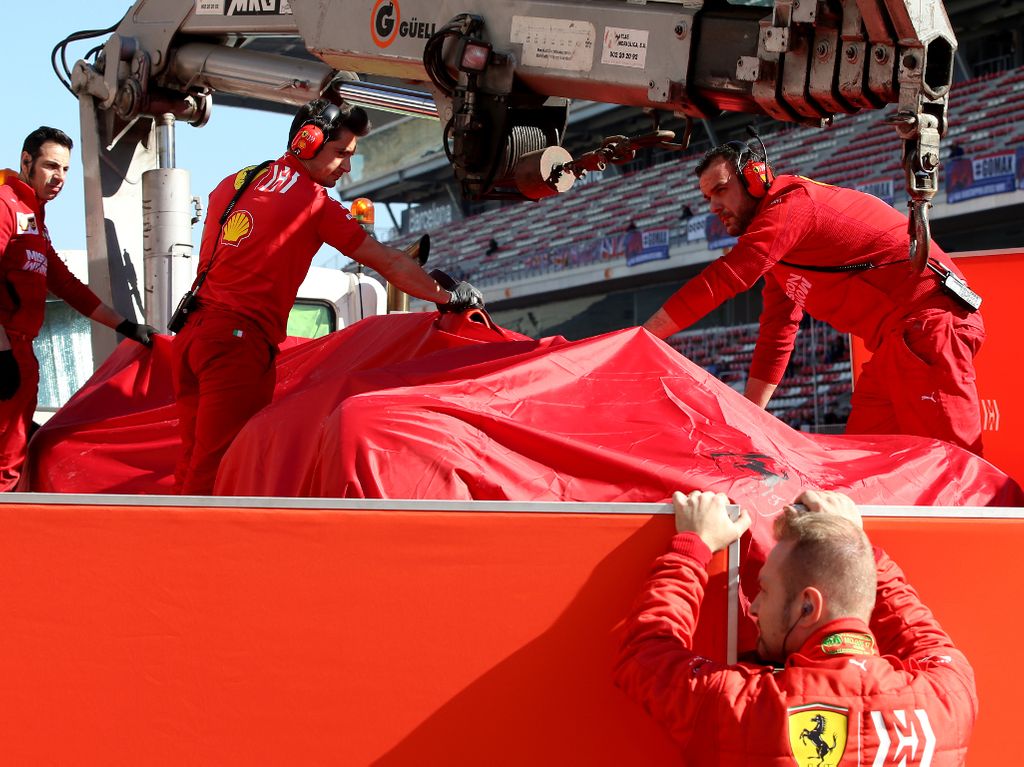 Carlos Sainz’s 1:17.144 from Wednesday morning stood as the time to beat on Day Six in Spain as all the teams, except Ferrari, racked up the miles.

Splitting the driving duties between Sebastian Vettel and Charles Leclerc for the week, Ferrari were on the back foot on Wednesday when Vettel crashed heavily.

The German reported that something went wrong with the front-left of the SF90, sending him hard into the barriers at Turn Three.

The damage meant it was difficult for the Scuderia to find the exact cause with the team opting not to send Leclerc out until such a time as they had “thoroughly verifying everything, which clearly takes time.”

As such he covered just a single lap minutes before the day’s chequered flag.

Despite missing the afternoon session, Ferrari still held onto third place on the timesheet thanks to Vettel’s earlier 1:18.195.

The McLaren driver, who brought out the red flags when his MCL34 lost water pressure in the morning, had set his fastest time minutes before that stoppage.

Sergio Perez put in a late run to close the gap to the Spaniard but his 1:17.842 – set on the same C4 compound – was seven-tenths down.

Kimi Raikkonen was fourth ahead of Romain Grosjean and Max Verstappen.

The Red Bull driver was another who brought out the red flags when he stopped in the pit lane.

He would go on to do a full race simulation as the day progressed, including live pit stops and a packed pit wall.

Daniil Kvyat was next in line, finishing his day ahead of the Mercedes of Valtteri Bottas and Lewis Hamilton.

The Mercedes team-mates covered 74 and 102 laps respectively with Hamilton working on a race simulation during the afternoon’s session.

It wasn’t, however, all doom and gloom for Williams as the Polish driver was one of six to cover a century or more of laps on Wednesday.