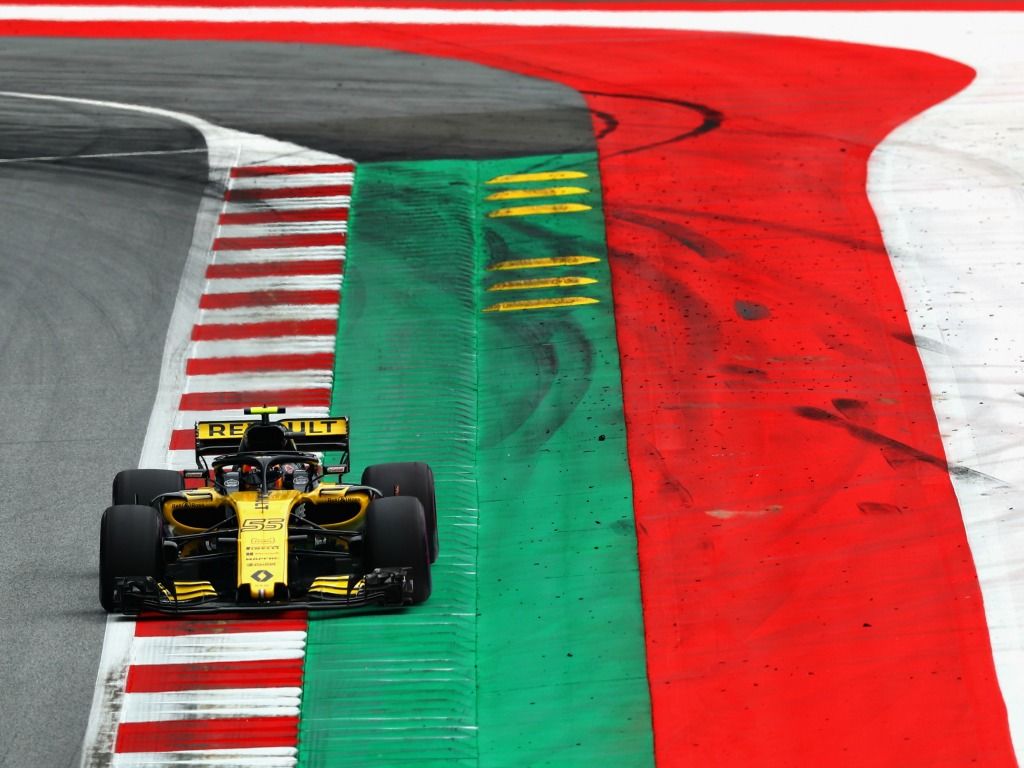 Carlos Sainz has said that the tyre blistering issues in Austria made his Renault “undriveable” for the majority of the race in Spielberg on Sunday.

The Spaniard was the only Renault driver to finish the race, as team-mate Nico Hulkenberg had a spectacular engine blow-out early on.

However, Sainz could only manage a P12 finish in Austria, having to stop twice before the halfway distance after struggling on the soft tyres.

“Unfortunately our blisters arrived on lap five of each compound, except for the supersoft,” Sainz told Autosport after the race.

“We were looking like one of the faster midfield cars there, behind the Haas and Force Indias. We put the soft on, [but after] five laps, lost performance..

The VSC, brought about by the retirements of Hulkenberg and Bottas, allowed Sainz to get rid of his ultrasoft tyres.

However, just 19 laps into what should have been a 55-lap stint, the Spaniard ditched the soft tyres, and the one-stop strategy, for a brand new set of supersofts.

“It’s something we need to analyse, because the car was undriveable for 55 out of 70 laps of the race,” Sainz added.

“It was vibrating everywhere, I couldn’t see the braking points, couldn’t even turn the wheel. It’s something to understand and analyse.”

This all happened despite the fact that Sainz insisted that he had done all that he could to try and protect the tyres.

“I was managing my tyres more than on Friday, and still it didn’t make a difference, so it has to be something fundamental with the track temperature and our car,” he said.

Renault will be disappointed with the weekend, having got both cars into Q3, and they expected to finish ahead of the Pink Panthers.

“If we had the balance we had all weekend we should have ended up in front of the Force India, and behind the Haas,” the Renault man continued.

Despite the issues, the Spaniard is still confident that it can be rectified before the final part of the triple-header, at Silverstone this weekend.

“I think we have a chance to sort it out for Silverstone. It’s still something that we’ve seen on our car this year, it is very hard on tyres,” he added.