Home News Sainz: We must be ‘very careful’ with Force India 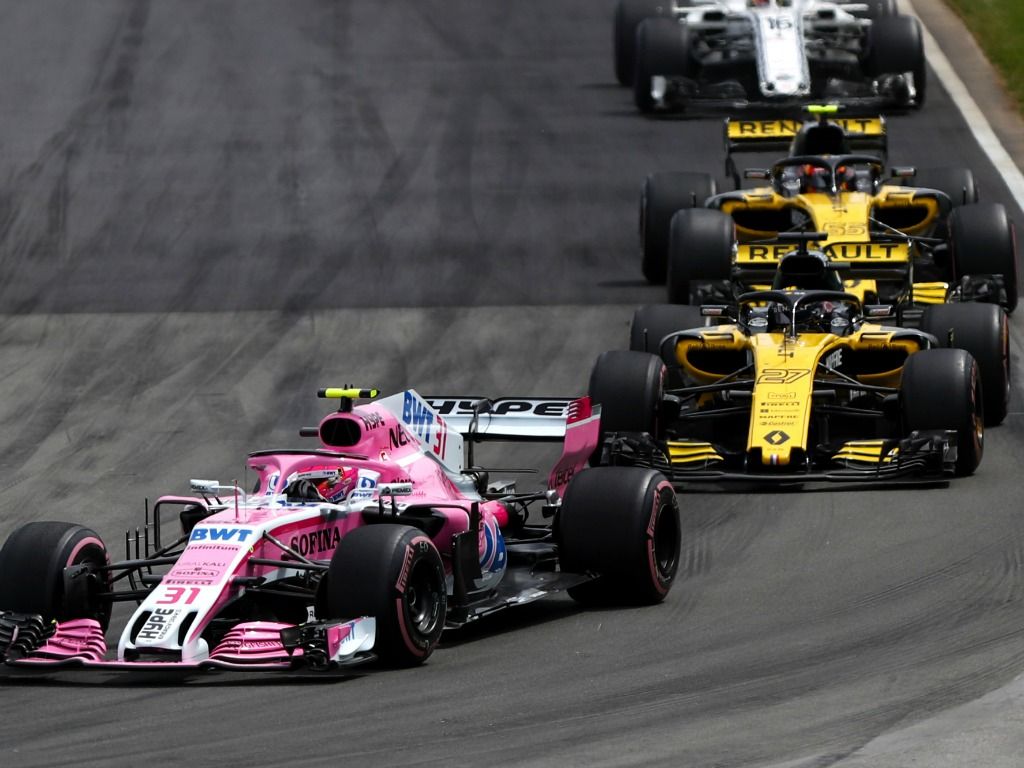 Despite having their points reset to zero, Force India are still a threat for P4 in the Constructors’ according to Carlos Sainz.

Renault have a 15 point lead over Haas, with McLaren a further 16 points behind in the race for the ‘best of the rest’.

Force India are currently in P7 in the Constructors’ having had their points reset to zero over the summer break.

However, in the first two races back, in Belgium and Italy, they scored 32 points to climb back up the table.

They would have been even closer if Sergio Perez had not knocked team-mate Esteban Ocon out on the first lap in Singapore, causing them to leave the grand prix empty-handed.

Despite being 59 points ahead of Force India, Sainz believes that Renault must be wary of the ‘pink panthers’.

“Our target was to finish fourth in the Constructors’ and if it was not for the penalty they suffered [the points reset], they would be ahead of us by pure performance,” Sainz said.

“We need to be very careful with Force India.

“We know that in the second half of the season they always start to come alive and they’ve proved it once more – once they’ve got a bit of money and everything.

“A track like Singapore where we expected to be ahead, we’re behind.”

At Marina Bay, the two Force Indias out-qualified the two Renaults by quite a big margin, and that could be due to the differing development schemes.

The new Racing Point Force India will continue to bring updates this year, while Renault have shifted the majority of their focus onto their 2019 contender.

Sainz, who is off to McLaren for 2019, believes that the lack of updates could hamper them in the run-in.

“We know our car is strong in low-speed corners,” the Spaniard added.

“We generate quite a lot of grip and load in low-speed, but we know our ride through kerbs and bumps is not where it should be compared with other teams.

“We keep working on it but it’s probably still our main point.”

It is not just development of the chassis and aerodynamics that could be the key, it could also be down to the improved Mercedes engine in the back of the Force India.

“A big part of it is also the engine, we’re stuck with the B-spec [because changing it would bring grid penalties] and the others have brought massive steps during the year which we haven’t been able to bring,” Sainz continued.

“We’re going to make sure we give everything to hold onto that P4.”