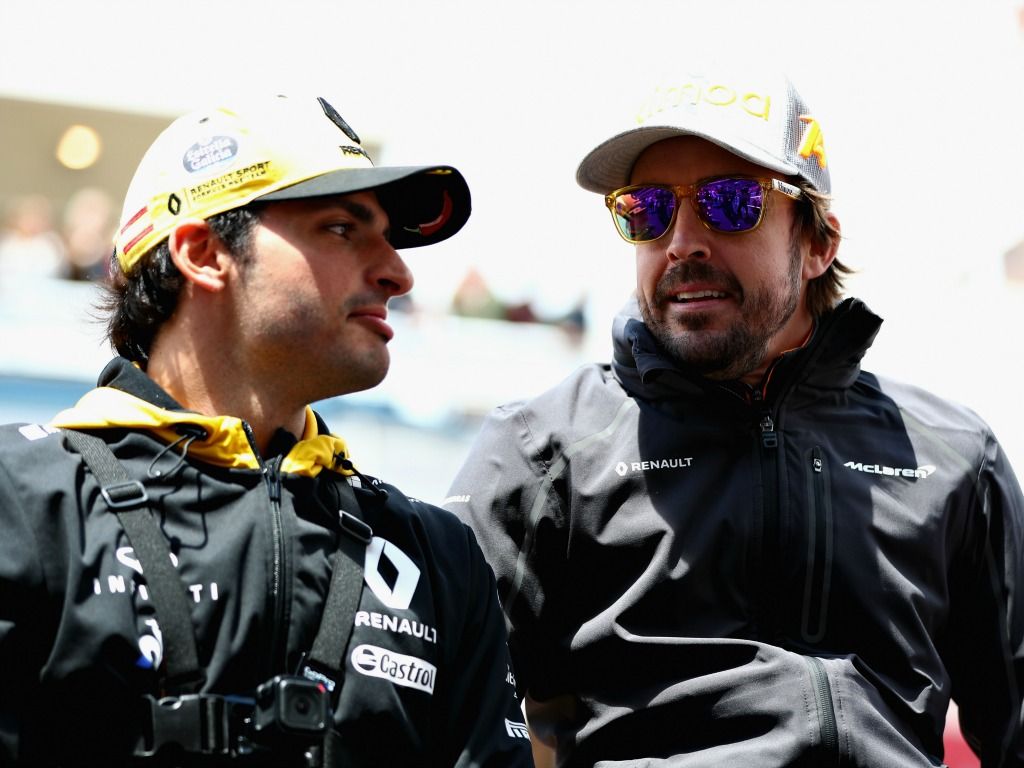 Carlos Sainz has admitted that he will look to elder statesman Fernando Alonso for advice as he begins a new chapter of his F1 career.

The young Spaniard will make the move to McLaren for the 2019 season, replacing his compatriot.

Alonso will not be on the grid next year, after deciding to leave the sport after the Abu Dhabi GP, after 17 years on the grid.

The two-time World Champion will be taking part in the rest of the WEC super-season, as well as having another crack at the Indy 500 to complete the Triple Crown.

McLaren CEO Zak Brown also recently admitted that Alonso would continue to be part of the McLaren family, and Sainz will look forward to his advice.

“I look forward to meeting him in the off-season to ask him some questions about F1 and McLaren and also to speak to him not only as a Formula 1 driver but hopefully a bit more as a friend,” Sainz said.

It was Alonso’s retirement that allowed his fellow Spaniard take his place at McLaren, but the younger of the two believes his compatriot, and friend, should not have left so early.

“It’s strange to suddenly have to say goodbye to such a talented driver in his prime,” he added.

“[But] Fernando has an advantage in that he’s one of the best drivers in the world.

“If he changes his mind, he can always come back if he wants. The good thing for Fernando, if he wants, he can make it back.

“I just want him to be happy, to find a place to show his talent and have some fun.”

Sainz will drive alongside Lando Norris in an all-new partnership for the papaya squad.