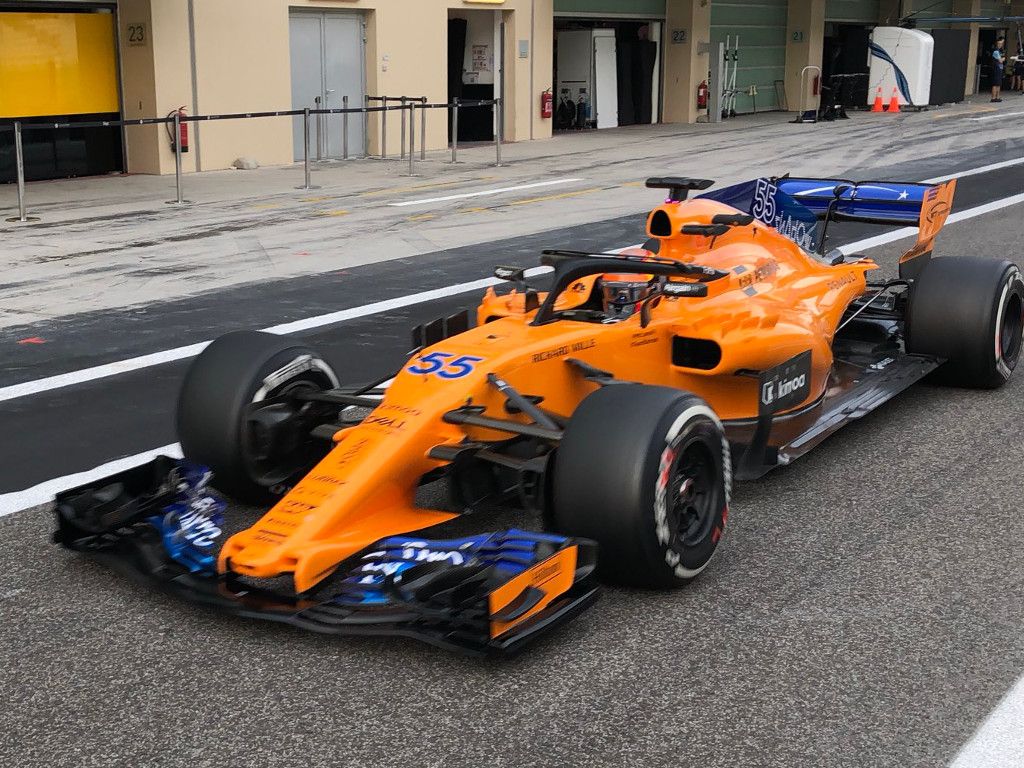 Carlos Sainz put in his first laps as a McLaren driver as he took to the Yas Marina circuit on Wednesday for Day Two of the post-season test.

The Spaniard, who was a Renault 72 hours prior, is one of several high profile moves as he replaces Fernando Alonso at McLaren for the 2019 campaign.

The second day of testing gets underway with Carlos’ first lap in a McLaren. 👊#AbuDhabiTest pic.twitter.com/RJUhtI02zD

Even Renault were keen to see their former driver Sainz behind the wheel of the MCL33.

Final day of testing! Final day of running for 2018!
We’re not out yet… Can we post a photo of Carlos instead @McLarenF1? 🧡💛🧡#RSspirit #F1Testing #RenaultFamily pic.twitter.com/Z10hq6x7IU

Meanwhile Charles Leclerc covered his first laps as a Ferrari driver, the youngest to drive for the Scuderia in three decades.

Ironically the most expected move, probably in the history of F1’s moves, and yet the only seat on the grid yet to be confirmed.

Run completed – back in the warm embrace of the crew! #AbuDhabiTest pic.twitter.com/6VuTsR6EyJ

With Red Bull refusing to release Daniel Ricciardo for the test, Renault ran Nico Hulkenberg on Tuesday before handing the RS18 over to test driver Artem Markelov for the second and final day.

Robert Kubica continued his preparations ahead of his return to the grid in 2019.

Robert heads back out as we get stuck into our morning programme at the Abu Dhabi @pirellisport tyre test #F1 #robertkubica pic.twitter.com/iqMzHu0zaO

29 laps on the board for @LouisDeletraz so far this morning. Best lap of 1:40.154 on the ultrasoft rubber. #F1Testing #HaasF1 pic.twitter.com/VzYWAUXR4F

Making the most of the final few hours 👍 #F1 #AbuDhabiTest 🇦🇪 pic.twitter.com/1jfsxA4h6C

Valtteri Bottas had a busy day in the W09.

Wow! 132 laps and counting for @ValtteriBottas 👊

The Finn is making the most of his last day with W09. We’re gonna miss her too, VB! #AbuDhabiGP 🇦🇪 #F1 pic.twitter.com/dXnZKaO6Dk

New 2019 Red Bull driver Pierre Gasly jumped into the RB14 for a few laps of fun.

Pierre getting his first taste of track action in the RB14 today 👊🇦🇪 #F1Testing pic.twitter.com/H5VJIJmuZF