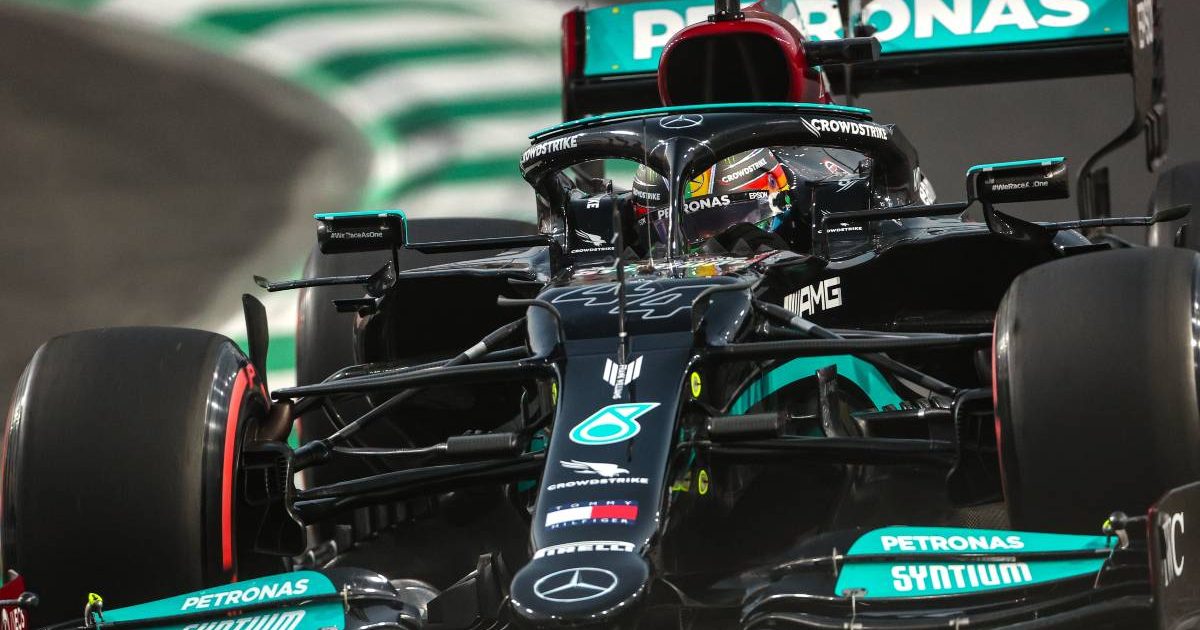 The Dutchman was on course to snatch pole position from his World Championship rival Lewis Hamilton, but locked up and hit the wall.

It meant Hamilton will have a big advantage with his Mercedes team-mate Valtteri Bottas alongside him in Jeddah, having a glorious opportunity to potentially turn his eight-point deficit into an advantage heading to the big finale of this thrilling season in Abu Dhabi next week.

Hamilton went into qualifying with an impeding charge hanging over him following an incident with Nikita Mazepin in FP3, having been cleared of a separate offence of failing to respect double waved yellow flags during the same session.

Despite the impeding charge being upheld, rather than a grid penalty the World Champion received only a reprimand, while Mercedes were fined 25,000 euros for not having done enough to inform Hamilton of the fast-closing Haas.

The brand-new Jeddah Corniche Circuit ramped up throughout Q1 with Carlos Sainz topping the standings in his Ferrari more than halfway into the 18-minute session, but he did not last long there as Verstappen took over followed by Bottas – who initially appeared to be suffering no ill effects from an engine change that had not triggered any penalty as one from his existing pool had been fitted.

However, the Finn later reported “misfiring” and had to stop outside of the pit box when he entered the pits, but he had safely gone through to Q2 in P2 behind Sergio Perez, who snatched top spot for Red Bull.

There was a surprise among the five drivers who were eliminated, however, as Aston Martin duo Sebastian Vettel and Lance Stroll were slower than everyone bar Haas duo Mazepin and Mick Schumacher, that quartet being joined in the drop zone by Williams’ Nicholas Latifi.

Fernando Alonso, who had recorded his first F1 podium finish for seven years at the Qatar Grand Prix last time out, survived by the skin of his teeth in P15.

Valtteri Bottas has an engine issue, and needed to be wheeled back to his Mercedes garage…

Elsewhere, these drivers were eliminated in Q1:

Red Bull continued to have the upper hand in the early stages of Q2 through Verstappen, as Hamilton reported over team radio “we have no grip out here” on the medium tyres, while Sainz brought out the yellow flags with a spin in which his rear wing clipped the wall.

The Spaniard had not set a time at that point and had only one shot to make it through to Q3 after returning to the pits for a patch-up, but that also went awry as he again nearly hit the barrier and coasted in for a disappointing P15 race start, barring any penalties. Sainz described the car over team radio as “undriveable”.

The stewards also announced towards the end of Q2 that a blocking incident Sainz had complained about, citing Pierre Gasly, would be investigated after the session.

Sainz was joined in missing out on the top-10 shootout by Daniel Ricciardo in P11, the McLaren driver followed by Kimi Raikkonen, Alonso and George Russell.

Raikkonen ensured Bottas’ eventful qualifying continued as the two Finns made contact, while the other Alfa Romeo driven by Antonio Giovinazzi made it into Q3 but also had a brush with the wall.

🚨 Some big names eliminated in Q2:

In Q3, Mercedes were first to try flying laps but Hamilton had a scary moment that ended that attempt, but he had another go on the same set of tyres and went a tenth quicker than Bottas – but Verstappen eclipsed the pair of them with three purple sectors to go 0.382sec quicker, despite saying he needed “a tow”.

Bottas then grabbed second from Hamilton, but the Briton then snatched provisional pole position with less than 90 seconds to go before the chequered flag, leaving Verstappen with one final shot.

Purple first two sectors for the Red Bull driver gave him every chance, but he hit the wall at the final corner and came to rest on the track facing only a P3 start at best, with concerns over the RB16B’s gearbox and a potential grid penalty to come.