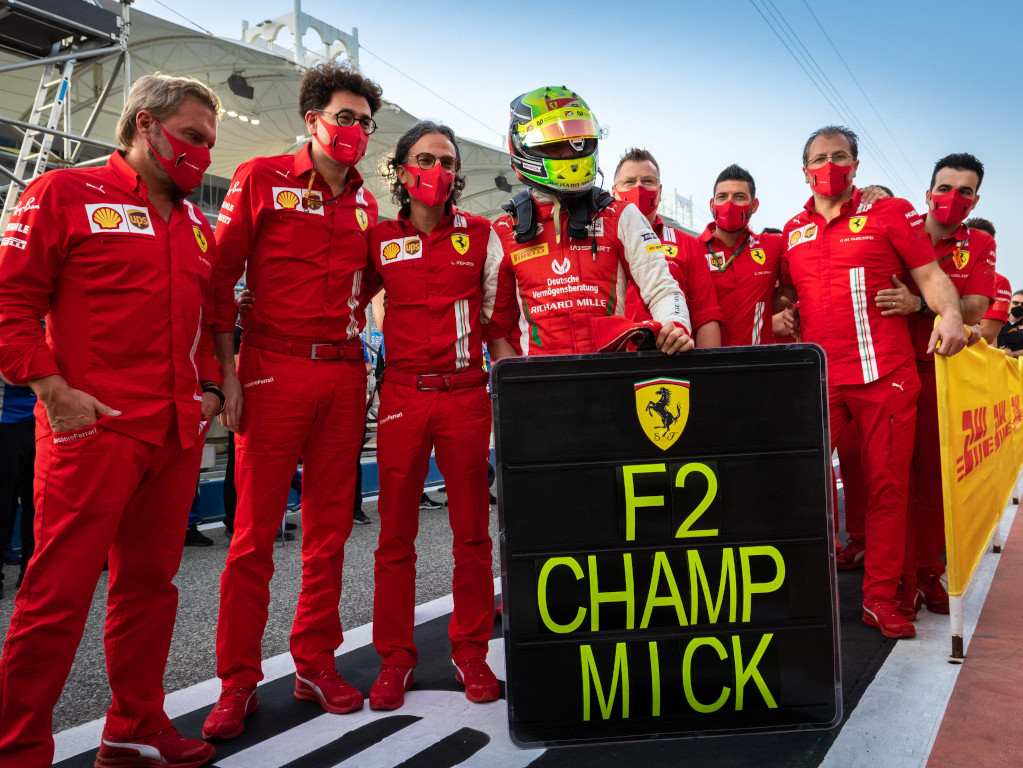 Mick Schumacher believes it was “very important” for him to beat Callum Ilott to the Formula 2 title before making his step up into Formula 1.

Schumacher wrapped up the Formula 2 championship at the Bahrain circuit on Sunday, although he did make hard work of it in the finale race of the season.

Starting third on the grid with his main rival, Ilott, P4, Schumacher locked at Turn 4 and flat-spotted his front right tyre.

With rubber pealing off, he was forced to pit, plummeting down the order and out of the points while Ilott lapped in third place.

Tyre wear, though, ultimately cost the Brit and while Schumacher wasn’t able to work his way back into the points, Ilott fell out of the top-eight.

Schumacher won the title by 14 points ahead of his fellow Ferrari junior.

It was his second title in three years having beaten Dan Ticktum to the Formula 3 European Championship in 2018.

Schumacher believes it was “very important” for him to head to Formula 1, which he will do so with Haas next season, with the F2 title to his name.

“If you bring a championship title into F1, that’s always great.

“To be able to win those championships with great competition… I mean Dan was in F3 when we fought, and now this year with Callum, who I know very well from the FDA.

“It’s been great, a great challenge. The better the competition, the more you develop as a driver. That’s everything I will carry through to F1.” 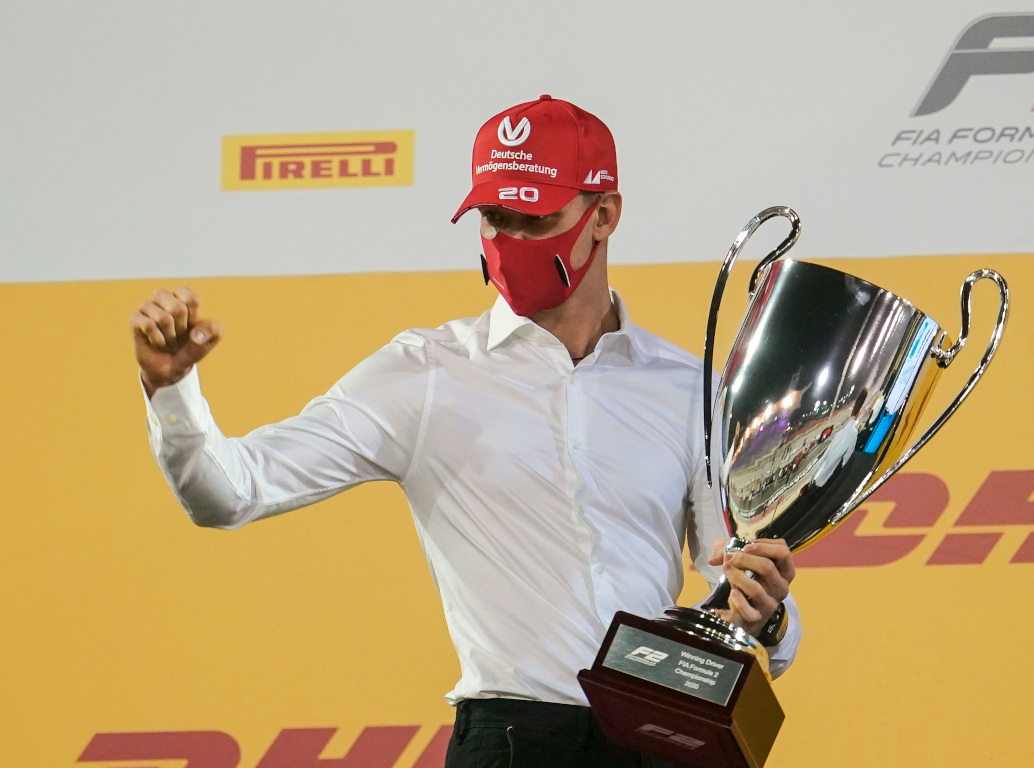 Schumacher applauded his Prema Racing team with whom he spent his two years in the Formula 3 European championship and also Formula 2.

“Prema is great in developing drivers, really,” Schumacher said. “They’re amazing in building a racing driver that once they leave Prema, hopefully are a complete racing driver.

“Over the last five years, I feel like they’ve really managed that with me. Obviously the results speak for it, but also that I’m driving in F1 next year.

“I think none of the junior drivers up to now has been in a junior team as long as I have. I think that proves Prema is one of the best teams out there.”