Home News ‘Schumacher, not Senna, is the best ever’ 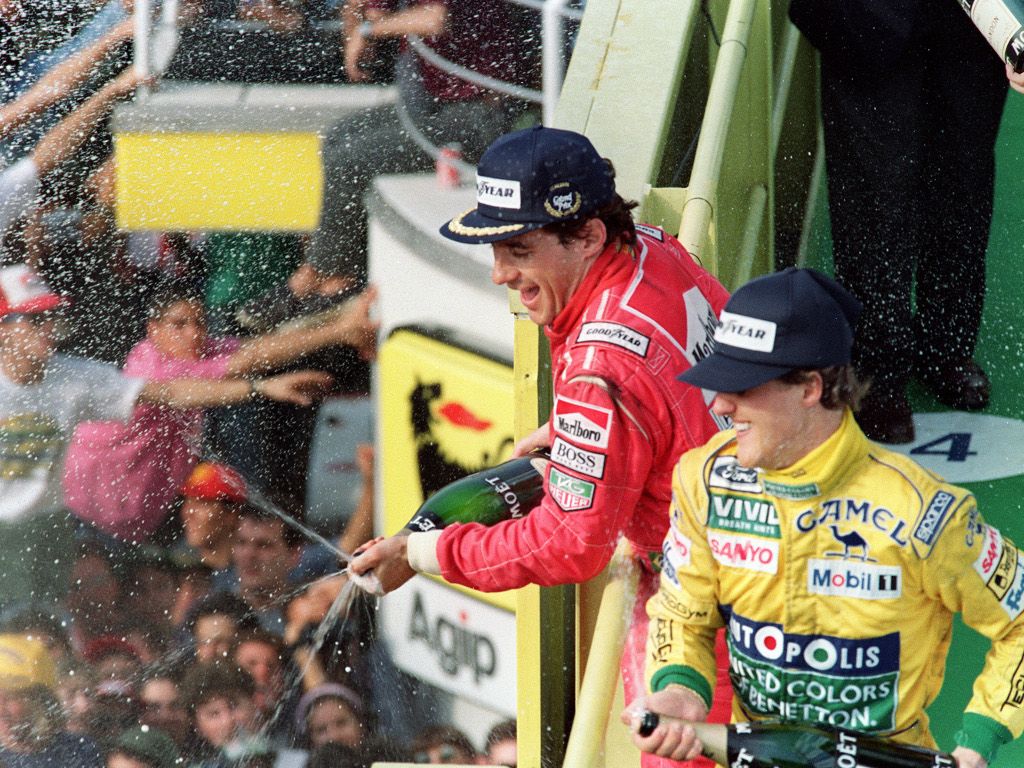 Michael Schumacher and not Ayrton Senna is “probably the best” driver to have ever raced in Formula 1, says Eddie Irvine.

Schumacher is the most successful driver to have ever competed in Formula 1, racking up seven Drivers’ Championship titles, 91 grand prix wins, 155 podiums and 68 pole positions.

But while Schumacher retired from the sport after a long career, Senna’s was cut short.

The Brazilian was killed in an accident at the 1994 San Marino Grand Prix.

He had three World titles, 41 race wins, 80 podiums and 65 pole positions to his name.

Senna is regarded by many as the best ever, however, Irvine, a former Ferrari team-mate of Schumacher’s, disagrees.

He said in a BBC Sport interview: “I think Michael was probably the best ever.

“I think Senna’s technique was flawed. He was this amazingly talented driver and had an amazing touch, but he had a couple of techniques that weren’t correct and he didn’t look into everything.

“I remember at the Japanese Grand Prix, Michael was fastest and I was second fastest, in my first grand prix into the pit lane. Senna was only fourth of fifth.

“Michael practiced the pit entry and Senna didn’t, so there’s things that he missed. I’m a huge fan of him but I think Michael would have, well Michael did beat him, when they were racing.

“Over one lap Senna was an amazing driver, but I think his technique was slightly flawed. I couldn’t have faulted Michael’s technique.

“Technically, he wasn’t that great but his actual talent with his feet, arms, feel and anticipation were second to none.

“There were corners I couldn’t do what he was doing. Then he would just copy me in the corners I was quicker than him.

“I remember Silverstone I was much faster at the last corner and he couldn’t figure out what I was doing. He’d always go through the telemetry and figured it out, then he’d just copy me. So that was the problem for me, he just had and amazing talent which you can’t copy.”