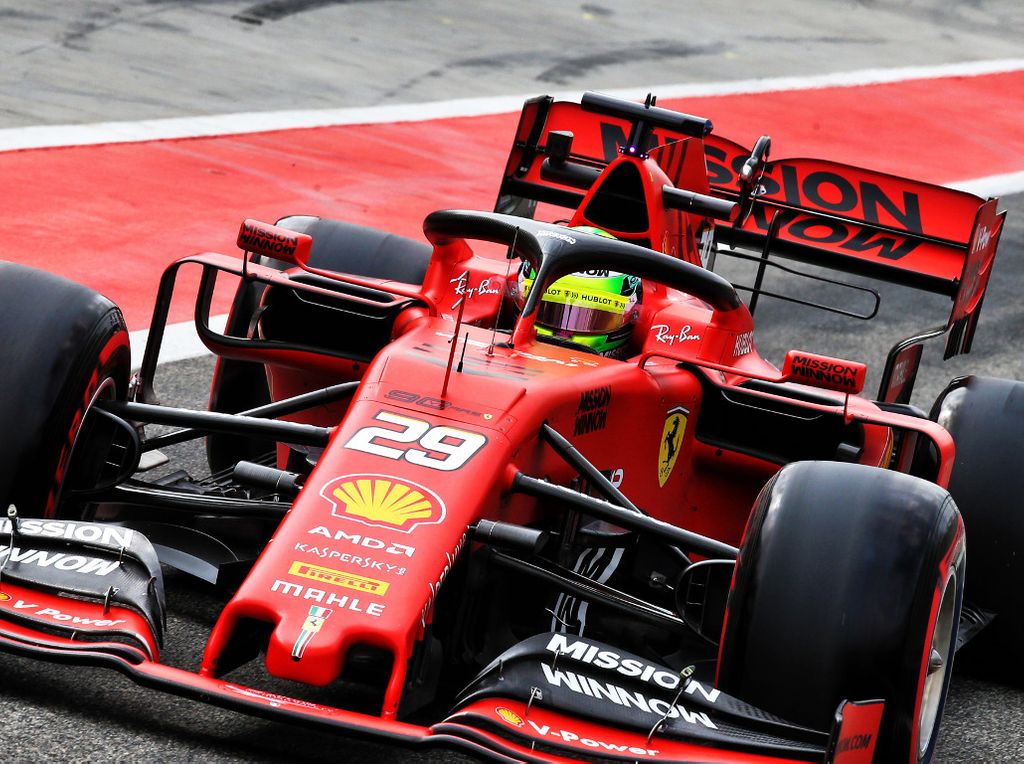 Four months after his first F1 test, Mick Schumacher will reportedly be in action at a grand prix weekend, testing the Ferrari in FP1 for the German Grand Prix.

Last week Schumacher, the son of seven-time World Champion Michael, had his first taste of Formula 1.

The 20-year-old drove for Ferrari in the post-Bahrain test, finishing second quickest to Max Verstappen on Day One.

He swapped to Alfa Romeo for Day Two, sixth fastest in the C38.

According to German newspaper the Express, Schumacher will follow up those tests with a run at the German Grand Prix.

Hockenheimring’s Jorn Teske is delighted at the prospect of having a Schumacher in the build-up.

“His way into the F1 seems predestined and a test here at the Hockenheimring in the context of the F1 weekend would be an absolute highlight for the German fans,” he said.

Schumacher was asked about Formula 1 in the wake of his recent Bahrain test but made it clear that he’s willing to take the steps to get there rather than rush the process.

“It’s my first season in Formula 2 and I want to go to Formula One fully prepared as a driver,” he told reporters at the Bahrain circuit.

“Only time will tell when I’m ready, whether it’s next year or another year.

“I prefer to take one step at a time.”