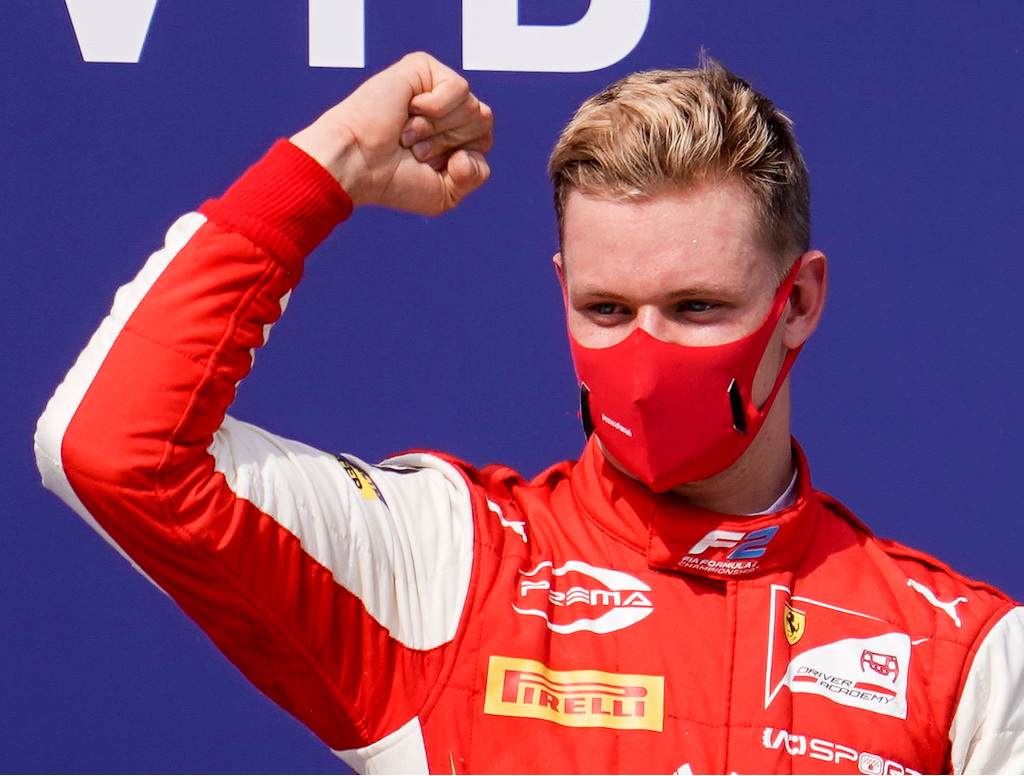 Mick Schumacher has clinched the 2020 Formula 2 championship title despite ruining his own chances of a good result in the season finale with a lock up just four corners into the Sakhir GP.

Lining up on the grid for the 24th time this season, Schumacher held a 14-point lead over Callum Ilott with 17 in play in Bahrain’s sprint race.

Schumacher, having led the championship since Mugello which was round nine of the 12 round season, needed P6 without the fastest lap points or P8 with the two points to win the title no matter where Ilott finished.

Ilott needed a top-two result no matter what with P2 also requiring the fastest lap points.

The championship protagonists lined up third and fourth on the reserve grid with Schumacher ahead of Ilott. The two Ferrari juniors starting behind Dan Ticktum and Jehan Daruvala.

Schumacher’s championship, though, was dealt a massive blow just four corners into the race when, after a flying start, he locked up and flat-spotted his front right tyres.

That's not stopping Schumacher! He's up to P2 with a daring move on Daruvala#SakhirGP 🇧🇭 #F2 pic.twitter.com/wDL6cUmqiR

Hanging onto third place ahead of Ilott but with rubber flying off his tyre, he was passed by his championship rival on lap 19, losing three places in one corner, and deciding then and there to pit for new tyres.

Ilott was up to third place as Ticktum and Daruvala raced wheel-to-wheel and with elbows – and pretty much everything else – out for the victory. Daruvala took the lead on lap 25, the duo four seconds ahead of Ilott. Destroying his own tyres as he tried to close the gap, Ilott began to lose pace.

With Ilott unable to close the gap, potential 2021 AlphaTauri driver Yuki Tsunoda slid through to run third, immediately putting space between himself and the Virtuosi racer with Guanyu Zhou also passing him, relegating him to P5 and then P6 as Schumacher’s team-mate, Robert Schwartzman, also coming through.

Schumacher, despite only running P19, was once again the championship favourite.

Three laps before the end of the race and Ilottw was out of the points in ninth place while Schumacher was P18, the fastest car in the field but not eligible for the points for that.

Daruvala took the race win ahead of Tsunoda and Ticktum, the Indian driver’s first Formula 2 victory. Ilott was P10 and Schumacher P18.

The title, though, went to Schumacher, taking it by 14 points ahead of Ilott.

Schumacher joins Nyck de Vries, George Russell and Charles Leclerc in winning the Formula 2 title. The German will step up to Formula 1 next season having signed a multi-year deal with Haas.