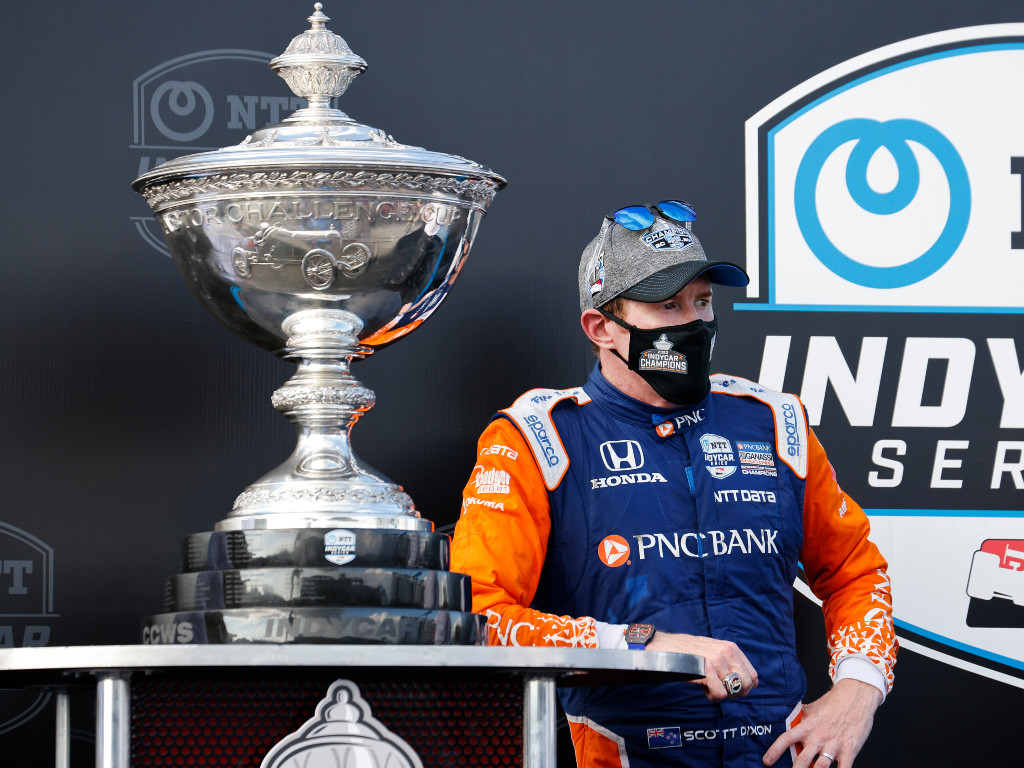 Six-time IndyCar World Champion Scott Dixon says he doesn’t regret the fact that he never made the transition into Formula 1.

While Lewis Hamilton is rapidly catching and surpassing many of the records set by Michael Schumacher in Formula 1, Dixon is IndyCar’s equivalent.

The New Zealander secured his sixth IndyCar title in 2020 at the age of 40, and is now only one behind A.J. Foyt’s record of seven, eerily similar to six-time World Champion Hamilton’s pursuit of Schumacher’s seven titles.

He also has 50 wins to his name, putting him behind only Foyt with 67 and Mario Andretti with 52.

However, the situation could have been so different if Dixon had have taken his opportunity to move into the world of Formula 1.

Back in 2003 Dixon tested the Williams but didn’t want to agree to a testing role and become “lost forever”.

“My wife asks me that, occasionally, ‘Are you sad that you didn’t chase the F1 thing more?’ No, not really,” he told Autoweek.com.

“There’s no reflection on did we make a bad choice or anything like that. I think we made the best choice, absolutely. There’s no denying that.

“We just won the championship. Do you go to Formula 1 and be a test driver and be lost forever, or do you continue on racing?”

Now a member of the 40 club, Dixon has another Formula 1 counterpart who soon he may be able to relate with.

That driver being Kimi Raikkonen. Now 41, the Finn could end up racing at Alfa Romeo next season alongside Mick Schumacher, son of Michael Schumacher who Kimi regularly battled with in the mid 2000s.

Meanwhile, when Dixon started IndyCar in 2001 he was racing against the likes of Bryan Herta, and in 2020 now competes against his son Colton.

So, does that force Dixon to contemplate retirement?

“No, definitely not,” he replied.

“Earlier, when you look at championships, people were already talking about seven, which seems so far away when you have five, especially with how tough the competition is. But now seven is a lot more achievable now that we have six. And it’s the same with the race wins. But, honestly, I just love to race.

“I’m so lucky, I’m so privileged. I get to do what I love. I get to work with the best in the business.

“The passion is still there, the fire burns hot, maybe one day it will end, it has to, but not right now.”