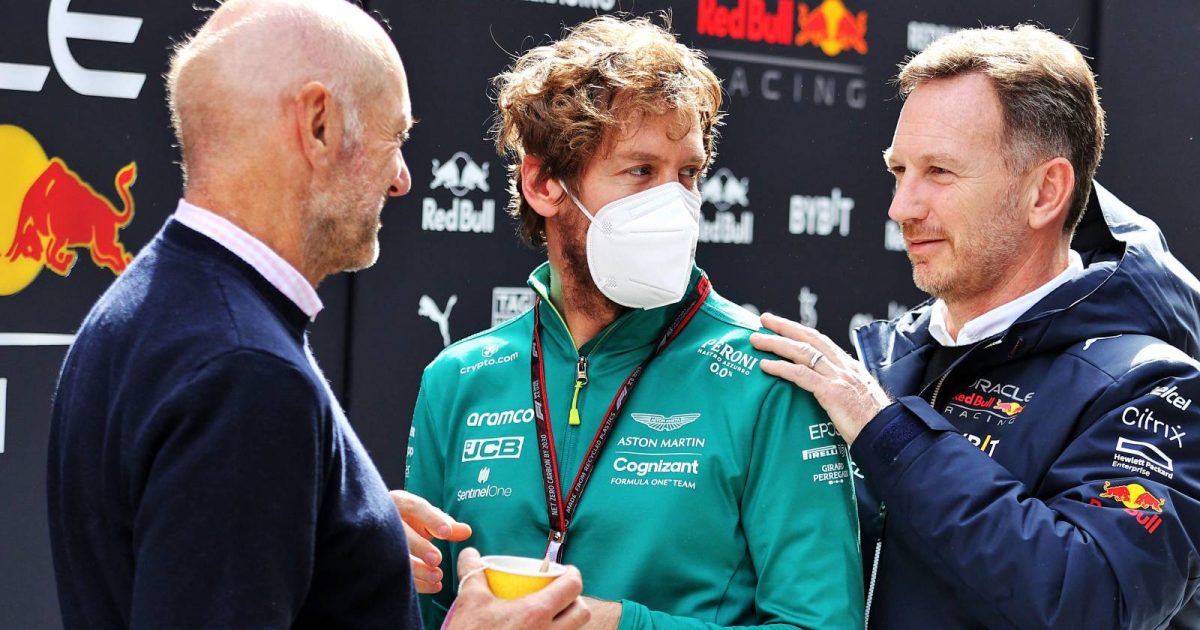 Outside of Red Bull, Sebastian Vettel does not believe anyone else is questioning the legality of the upgraded Aston Martin AMR22.

It had been well publicised in the build-up to the Spanish Grand Prix that Aston Martin were expected to introduce upgrades for the AMR22 at that event, one where many teams rolled out their first major upgrade package of the season.

But then the serious words came, Red Bull revealing the FIA had alerted them to the situation, saying Aston Martin had a car that looked very similar to the RB18 and that they wanted to see where Red Bull’s departed staff had gone to.

With several Red Bull personnel having switched to Aston Martin before this season, Red Bull team principal Christian Horner revealed an “internal investigation” was taking place to find out if any of Red Bull’s IP had also gone to Aston Martin.

Aston Martin told PlanetF1 they had been given the all-clear by the FIA.

But when asked about the ‘controversial’ AMR22 upgrades, Vettel suggested it is his former team only looking at the situation that way.

“Why is it controversial?” he responded, quoted by GPFans.

“Who says that? I think Red Bull say that, but not really other people.”

Despite all the comparisons between the AMR22 and RB18, the two challengers fared very differently at the Circuit de Barcelona-Catalunya.

While Red Bull’s Max Verstappen made it a hat-trick of wins, Sergio Perez completing a one-two for the team, neither Aston Martin was able to score points, Vettel the team’s highest finisher in P11. His team-mate Lance Stroll crossed the line P15.

On the Saturday, Aston Martin had suffered a double Q1 elimination.

Vettel sadly also had more concerning matters to contend with in Barcelona, Aston Martin confirming reports that Vettel’s bag had been stolen in Barcelona, with the German driver unsuccessful in his own efforts to track it down.