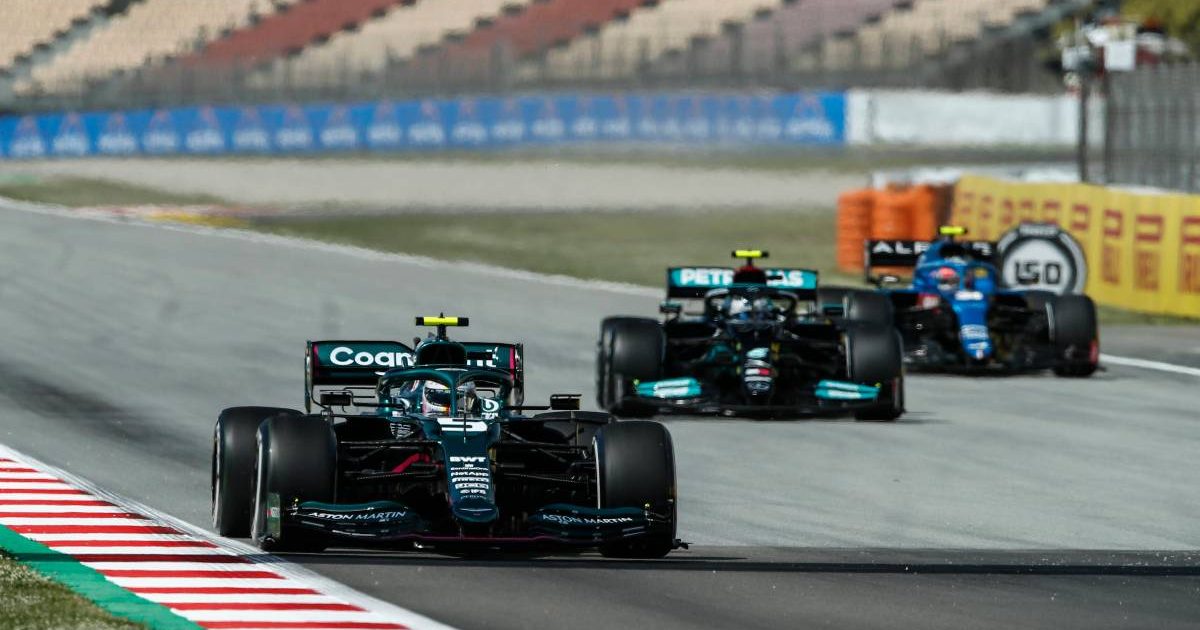 Now armed with the aerodynamically-improved Aston Martin, Sebastian Vettel hailed his best Friday of the 2021 season at the Spanish GP.

The four-time World Champion had been struggling in the early stages of the campaign to truly gel with his new machinery, but last time out at Portimao we saw a flash of the real Vettel as he made Q3 on the Saturday.

Sadly the pace was not there in the race, but Aston Martin said this was because Vettel did not have the upgraded AMR21 which his team-mate Lance Stroll did, a situation which has now changed at the Circuit de Barcelona-Catalunya.

Both Vettel and Stroll are now running the new aero package, and after recording P8 and P11 finishes in the Friday practice sessions, Vettel declared that he now feels “a lot more at home” in the car.

“I think it’s fair to say it was our best Friday, I was happier with the car,” he told reporters.

“Obviously it’s a different track and different conditions, but I think generally I felt a lot more at home, so it seems to have improved.

“Obviously it’s very tight, hard to say where we are going to be tomorrow. We need to look overnight for what else we can find, and then hopefully we can squeeze a couple of extra tenths.”

Asked if he could clearly feel the benefit of the upgrades, Vettel replied: “Yeah absolutely, I think it’s a step forward so it’s good to tick that off and as I say we will try to improve the package where we are now.

“The midfield is very tight so everything we can find will work in our favour. It’s a long race as well, tough on the tyres.”

By making Q3 in Portugal, Vettel ended a 15-race streak of failing to make the shootout for pole.

Now though he will want to start a streak of making that final stage of qualifying, and the German racer is confident of being around that “region” in Barcelona.

“I think that is sort of the region we are targeting, and if everything goes well we might get into that region,” he confirmed.

“But it’s going to be very tight, there are a lot of cars fighting for these spots, so we just look on ourselves, what we can do better tomorrow and then that is maximising our chance also for Q3.”

On the move… ⬆️ pic.twitter.com/yLHy2Pj41I

Stroll added that the Circuit de Barcelona-Catalunya is a track that he enjoys visiting, and if he manages to hook it up in qualifying, then “anything is possible”.

“It’s a track we have all been to many times, I enjoy driving around here,” said the Canadian.

“Tomorrow we will find out more, it’s always tough on a Friday to find out where everyone is, but we will have a better idea tomorrow.

“If we do a good job, get it hooked up tomorrow, anything is possible.”