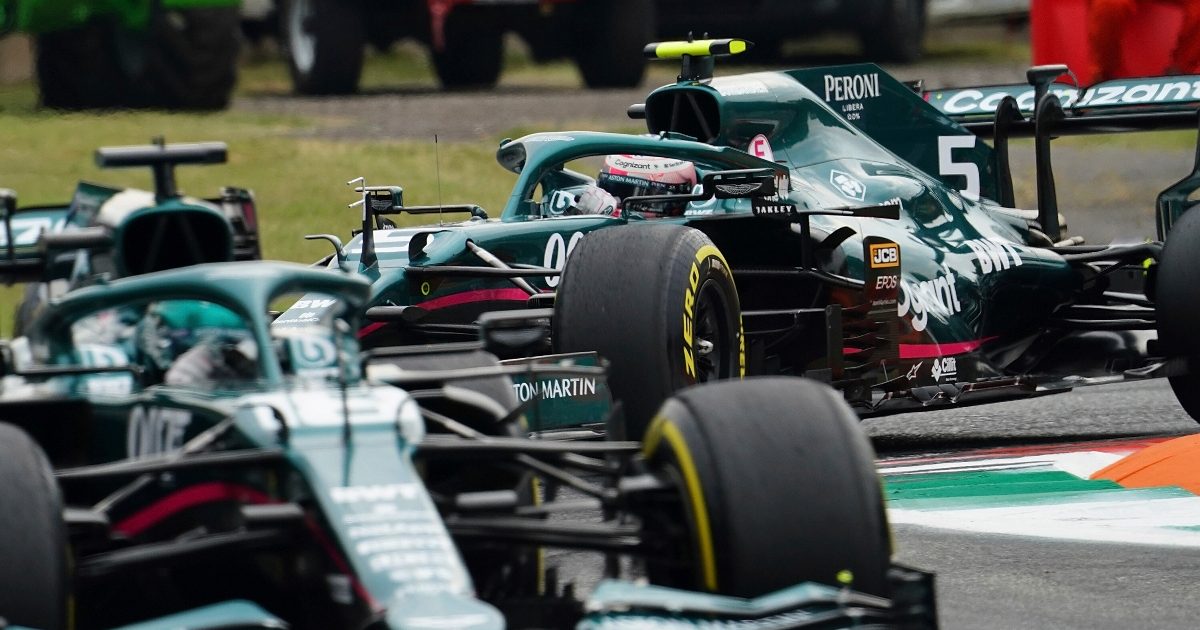 Sebastian Vettel says Aston Martin’s “draggy car” is hurting them this season as there are no simply solutions to the problem.

Vettel joined Aston Martin at the start of this year’s championship, the German and the team having hoped for regular podium finishes and a shot at third place in the Constructors’ Championship.

From the get-go it was evident that would not be the case, Aston Martin blaming Formula 1’s decision to make small changes to the cars’ floors in the off-season for their lack of pace.

According to the team, the floor tweaks hit the sport’s low-rake cars, such as Aston Martin’s, the hardest.

The team have been unable to find a workaround, down in seventh place in the Constructors’ Championship, with Vettel and Lance Stroll struggling to regularly break into the top 10.

“We had races where the car felt really good, we had other races where I struggled a lot,” the four-time former World Champion told Autosport.

“Overall, what matters is how competitive you are. In competitive terms, I think our car is a bit too draggy.

“We are not having a super-efficient car, plus we don’t have enough downforce. That I think is the main weakness.

“From there, it’s difficult to overcome that.”

Some shots need no explanation. This is one of them. 💚

Vettel secured the team’s only podium finish of this season at the Azerbaijan Grand Prix, the former Ferrari driver crossing the line in second place.

He did the same in Hungary but was later disqualified as the stewards were unable to extract the mandatory one-litre fuel sample from his car in the post-race inspection.

Vettel reckons as a result of their draggy car, the good results Aston Martin have bagged have come through tyre management and race strategy.

“I think overall, when the car is in the window, we can do a reasonable job and get into the points.

“It’s first not always easy to get it into that window, and second it’s extremely competitive in the area where we race.

“It seems like halfway through the season maybe other teams made a bit more progress than us now.”

He is hoping Aston Martin’s all-new 2022 car will be a marked improvement on this year’s. But, as he concedes, nobody knows what next year will bring.

“Obviously, the big unknown is for next year, what’s happening next year with the cars changing and so on, but we will only be able to answer that question next year,” he said.

“But overall, the team I find is strong. In terms of engineering and in terms of trackside, it’s strong. I think it’s growing at pace and lots of plans and good things are coming.”