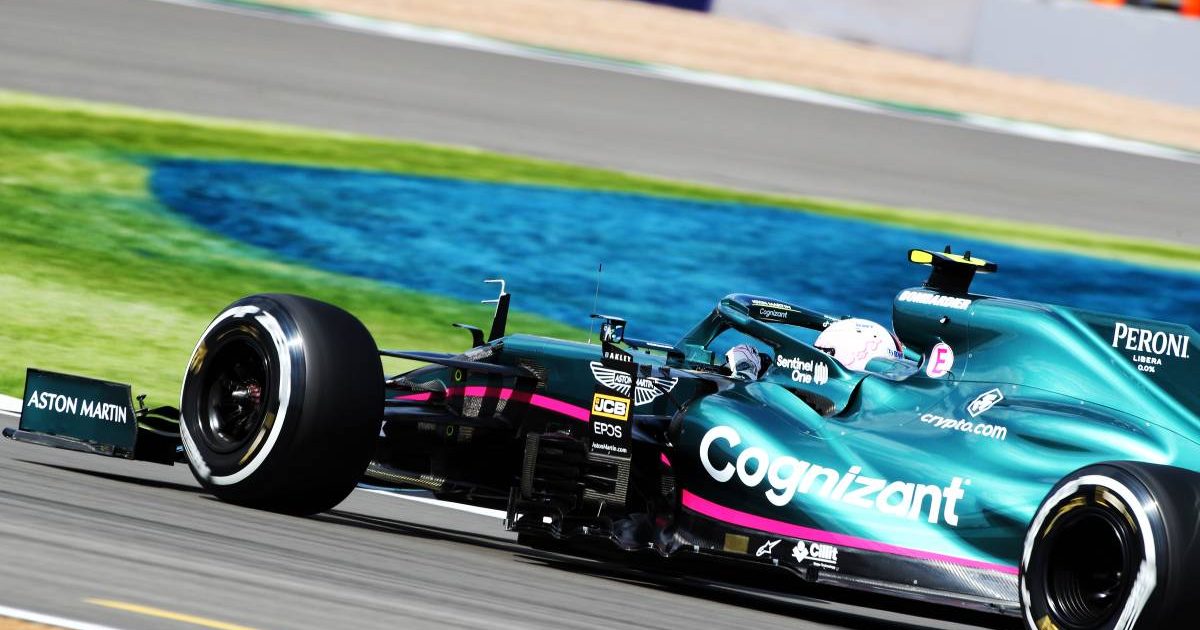 Sebastian Vettel has a new engine for the British Grand Prix, but did not think it could have powered him to much better than P10 in qualifying.

That is the position the Aston Martin driver will occupy on the grid for the debut of ‘sprint qualifying’, the new format which Formula 1 is trialling at Silverstone.

Qualifying took place on Friday evening in front of a packed crowd, with the British Grand Prix being an official test event for the return of spectators to sporting venues in the UK.

It means competitive action on all three days of the race weekend with the 17-lap sprint ‘race’ on Saturday afternoon, the result of which will determine the starting order for Sunday’s main event.

After a couple of promising showings in Q1 and Q2, Vettel had his first attempt in Q3 deleted for exceeding track limits – but ultimately thought his P10 placing was about right in terms of the car’s performance.

“It makes the Friday a bit more interesting,” was Vettel’s reaction to the new format.

“I think we had a decent session. Obviously if you get to Q3 you don’t want to be 10th but we were 10th in the end, so a shame we couldn’t really improve. It’s very tight.

“I was very happy with the lap in Q2 so maybe we could have got P9, but I think P9, P10 realistically was what we could get.

“A bit of a shame but we are just lacking those one or two tenths to make a big step and a big leap forward. I’ll hope for a good start and a fun race – it will be a lot shorter than normal.”

“Sebastian was happier with his car and benefited from a few tenths advantage of a fresh engine,” said Szafnauer in the team’s press release.

He also confirmed there had been “technical difficulties” with Lance Stroll’s car in FP1, with the Canadian “hampered by oversteer at Maggotts and Becketts” in Q2 which meant he could not join Vettel in Q3.

Stroll will be 15th on the grid for sprint qualifying and said his session was “not great – we were just slow from the beginning of the weekend”.