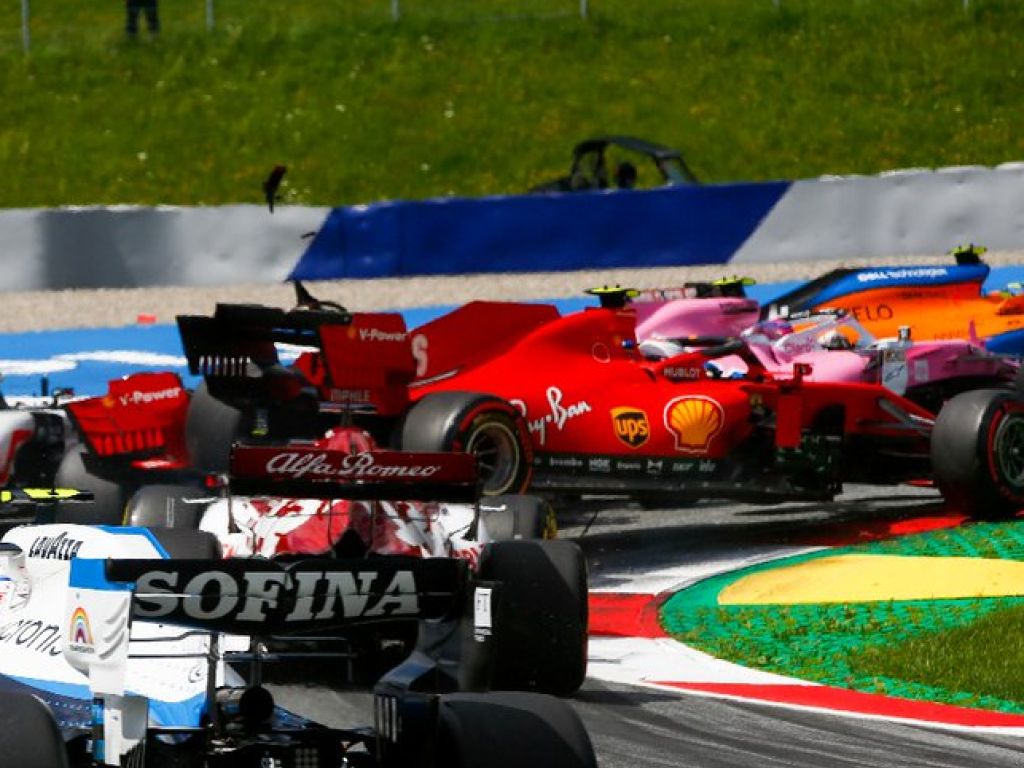 Sebastian Vettel has said there was simply “no space” for Charles Leclerc to try his very ambitious opening lap move on him.

Vettel started the race from P10, whilst thanks to a penalty Leclerc was moving away from the grid from P14.

And on the run up to Turn 3 Leclerc had a look down the inside of his team-mate, shortly before the pair collided.

Leclerc launched his SF1000 over the kerbs into Vettel’s car, causing heavy damage to the side and rear wing of Vettel’s Ferrari.

Vettel was forced to retire when both drivers came into the pits, whilst Leclerc called time on his afternoon on Lap 5 due to the damage.

Drama at Turn 3 on the opening lap as Vettel and Leclerc collide!

It was a clumsy move from Leclerc, and one which came as a “surprise” to Vettel.

“I was fighting two other cars, we were already three cars into turn three, and I was very surprised,” he told Sky F1.

“I was not expecting Charles to try something. I don’t think there was any space.

“A big pity and something we should avoid, but not much I could have done differently.

“I was taking it easy and conservative because it was already very busy and tight. I don’t think there was space, that’s why I think we collided.

“The car felt a lot better. It’s a shame for the update it would’ve been nice to get a race distance in.”

Leclerc was downbeat after the incident, and accepted full responsibility.

And when Vettel was told by RTL journalists that they think it was Leclerc’s fault, he said: “At least the experts are on my side for once…”