Home News Vettel and Leclerc on ‘same level’ at Ferrari 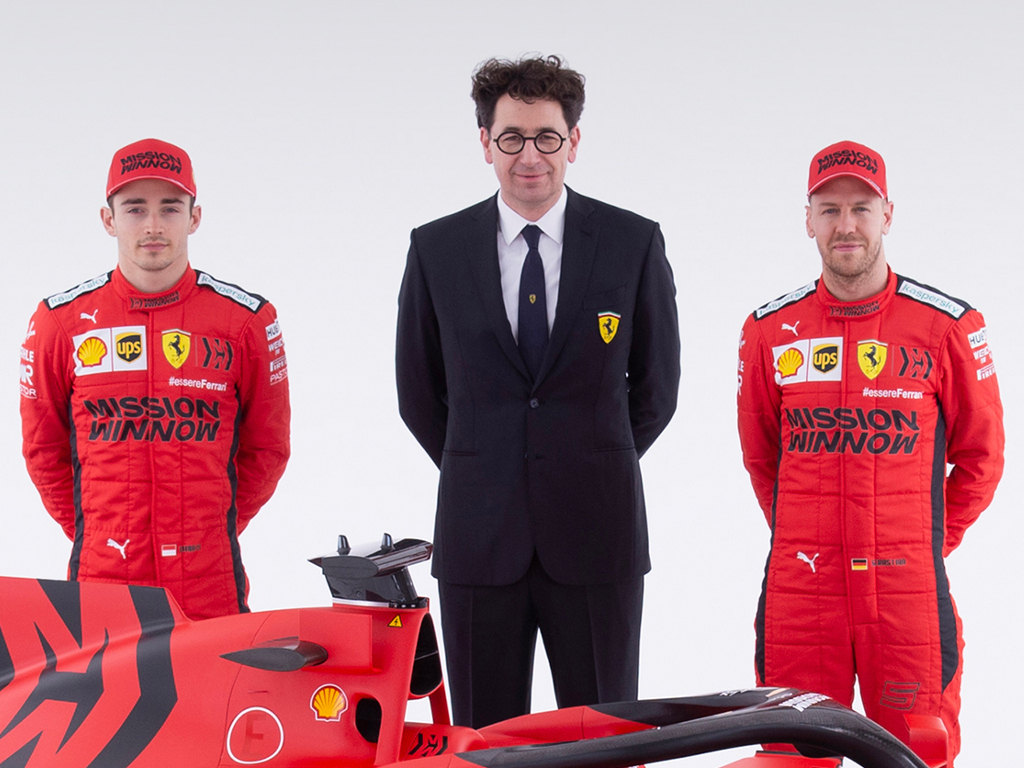 Sebastian Vettel is no longer Ferrari’s priority driver with Mattia Binotto confirming the status quo has changed and both drivers will be on equal footing this season.

Last season, which marked Charles Leclerc’s first campaign in the famous red, Vettel was given preference.

Ferrari made it clear that in a 50-50 situation it was the four-time World Champion who would be given the advantage, and promptly did this on several occasions early in the season.

As the year progressed, though, it was Leclerc who emerged as the faster of the two, taking seven pole positions and two race wins to his team-mate’s two poles and one win.

Leclerc finished the championship P4 in the standings, 24 points ahead of Vettel.

This season the drivers will start the campaign on equal footing with team principal Binotto insisting they will be free to race.

“It’s developed,” Binotto told the official F1 website. “Charles has got a year’s experience with us.

“They will be on the same level, they can both fight to be ahead.

Ferrari gave Leclerc the freedom to race Vettel as the 2019 season progressed, however, it didn’t always work well.

The duo collided at the Brazilian Grand Prix, with Leclerc adamant they had both learned lessons from that incident.

This year he will give Vettel more space if need be.

“We both learned the lesson what happened in Brazil,” said the 22-year-old.

“We are free to race but we are also team-mates. A lot of people [work] on the car, we are a team, and things in Brazil shouldn’t happen.

“I’ve learned from it. The margins will probably be a bit bigger.”

As for Vettel, he reckons the battle between the two will be as it was last season when he felt Leclerc was already given equal treatment.

“I never doubted that, I don’t think Charles did either.

“It doesn’t change anything. Starting on equal terms, we were last year, we are this year as well.”