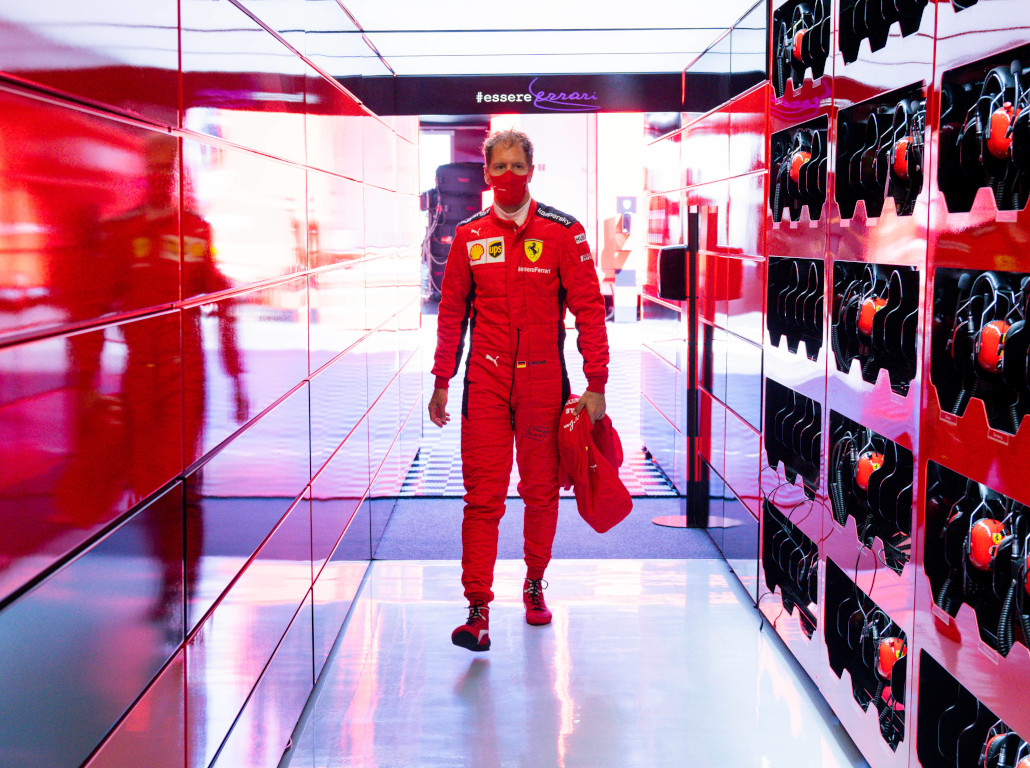 Acknowledging that Ferrari is not where it should be, Sebastian Vettel says the criticism the team is facing is to be expected.

Ferrari arrived at the first race in a delayed 2020 season well aware that its SF1000 was off the pace of the Mercedes and Red Bull.

It turned out to be worse than the team expected.

Vettel failed to make it out of Q2 at the Austrian Grand Prix, qualifying 11th while Charles Leclerc was seventh.

In a race of attrition, the Monégasque did manage to work his way up to second place while a spin meant Vettel scored a solitary point.

A week later and it was more of the same, although at the Styrian Grand Prix it was Leclerc who didn’t make it into Q3 while Vettel’s pace was only good enough for P10 in qualifying.

Neither scored a point, out on the opening lap when Leclerc clattered into Vettel.

The Italian media was quick to lambaste Ferrari with reports claiming team boss Mattia Binotto’s days could be numbered.

Asked about the criticism Ferrari has been facing, Vettel told RTL: “There is always criticism where the performance does not match the expectations and I think that is what we all have to face.

“I have been through this a lot too.

“It is no secret that after the first two races we are not where we wanted to be as a team.

“But we’re eager to give our everything and I also see this as my task to give everything until the end so we can find the connection to the top again.

“At the end of the day, if you look at the podium, only one person can be at the top of the podium, all the others are next to it or not on it at all.

“That is the sport. Only one person can win and the others lose.

Are the structures at Mercedes so different?

Vettel: "Yes and no. I know the structure at Ferrari, but I don't know what the other teams are like. Of course I have experience from my time with Red Bull, I think the structure is a bit different in every team."#RTL pic.twitter.com/FwVuGofB6G

One of the strangest criticism that came up was Mark Webber saying Ferrari needs to move to the UK with the former driver saying the team needs British influence.

“For Ferrari to get back to the glory days they had under Jean Todt, under Rory Byrne, under Ross Brawn, under Michael Schumacher, the team needs to move to the UK and have an English influence and a racer’s mentality,” he told Channel 4.

“Maranello is great, it’s romantic, but they will not get their trophies [there].”

Vettel, who previously worked with Red Bull in a British environment, touched on the difference between the English and Italian ways of working.

“Yes and no,” he said when asked if there is a difference.

“I know the structure at Ferrari, but I don’t know what the other teams are like. Of course I have experience from my time with Red Bull, I think the structure is a bit different in every team.

“The working methods are different but it’s also no secret that at the moment and in the last years, Mercedes seems to have the best working method because the success proves it.

“I don’t think it’s a secret that a team based in England might have a different structure than in Italy but I think you can’t judge it per se, you have to be very careful.”