Home News ‘Difficult to stand out’ in tight midfield – Vettel 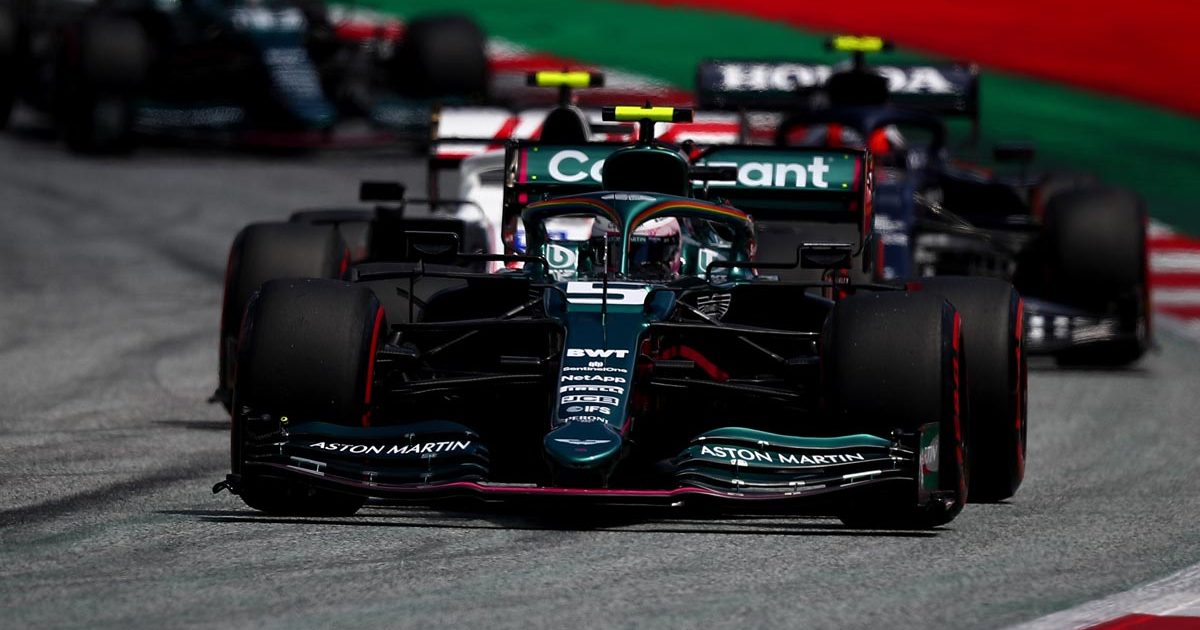 Sebastian Vettel admitted that it was tough for him to make too much headway in the midfield battle, with the teams so evenly matched during the Styrian Grand Prix.

After two excellent performances in Baku and France, Vettel dropped outside the points with a P12 finish around the Red Bull Ring, and he felt it was tough going on Sunday.

Team-mate Lance Stroll was able to work his way up to P8 in the race, faring rather better as he got a good start and was able to build by being in front of the congested midfield pack.

With several cars running within each other’s DRS window simultaneously, Vettel felt it was not an easy task to get past those in front of him running at a similar pace.

“It was okay, we were mostly in traffic so it was hard to judge, and then at the end I was struggling with the tyres,” Vettel said after the race.

“So it was very close, everybody was doing more or less the same pace, so it’s difficult to stand out today from where we started. We’ll see what we can do next week.

“It was a tough one today. Good that we got some points for the team from Lance, who had a strong race.

“But from my side, I struggled really in the second part of the race in particular, to keep the pace up and running out of tyres.

“We need to have a look, so hopefully next weekend we can have some payback with a stronger Saturday, then I’m sure we’ll have a better Sunday.”

Great wheel to wheel action this afternoon. Ready to do it all again next week 👊🏻 pic.twitter.com/TmOFjMeEtW

Stroll, meanwhile, said he was pleased with his performance all round as he notched another four points onto his tally for the season. While he still trails Vettel by 30 points to 14, Aston Martin have edged their way closer towards AlphaTauri for P5 in the battle for the Constructors’ Championship.

“It was a good first lap, [I] overtook Fernando around the outside, and that really set us up for a good rest of the race,” Stroll told reporters in the paddock after the chequered flag.

“Then from there, it was just maximum attack and I’m happy to pick up points for the team today.

“The Ferraris seemed a bit too quick today, they have really good pace so I don’t think we could have got much more out of it today.”