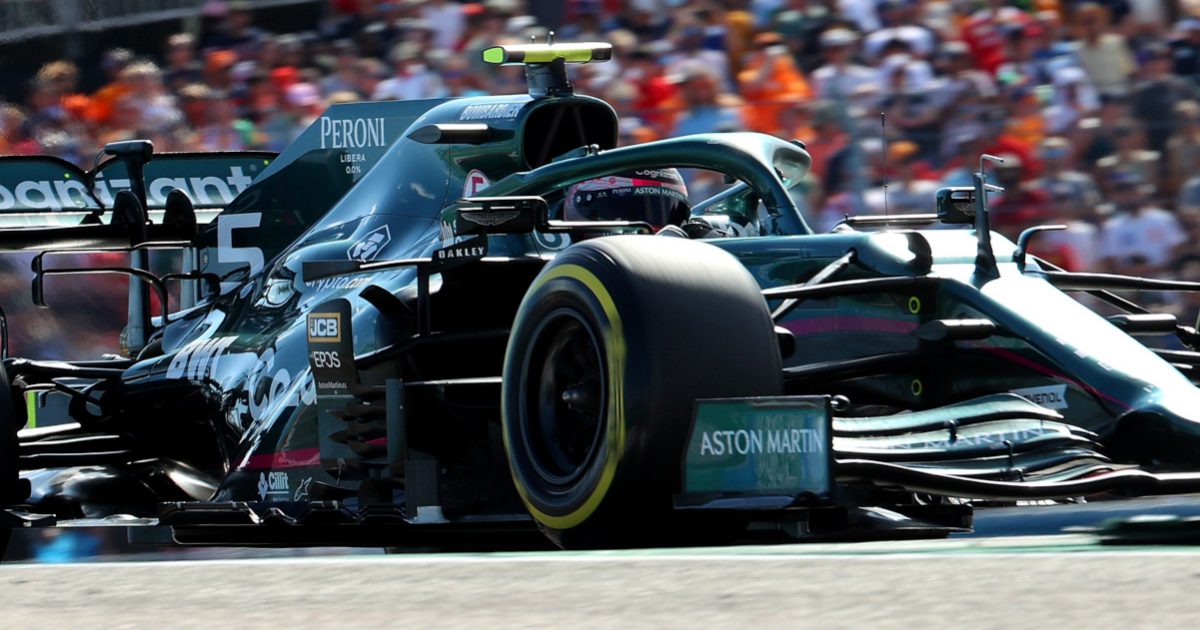 Sebastian Vettel extended his lead at the top of the overtaking tally to 102 at the US GP, but says “ideally” he wouldn’t need to overtake, he’d be leading.

This season Formula 1 is handing out a new award to the driver who makes the most overtaking manoeuvres for the season, the ‘Crypto.com Overtake Award’.

Starting the United States Grand Prix from 18th on the grid and finishing P10, Vettel brought his tally for the year up to 102. That’s two more passes than Fernando Alonso has managed.

Asked if winning the overtaking award would mean anything to him, he told Bild: “Nope.”

Pressed as to whether it was at least fun, he replied: “Yes whether you count them now or not… Ideally, you won’t overtake anyone all year round and win every race.

“Of course it’s fun to overtake and it’s not always easy. When you succeeds, it feels good.”

A tough race but there are positives to take away. 💚

Join #SV5 as he debriefs his Sunday in Austin.#USGP #F1

The Aston Martin driver also added to his points’ total on Sunday, bringing his AMR21 home in 10th place.

Vettel reckons with a few more laps, he could have caught the AlphaTauri of Yuki Tsunoda for ninth place.

Later speaking about his race, he said: “We only scored one point today and we had to fight hard.

“It was a good recovery after the grid penalty and when we were in clean air the pace was good.

“As we expected, it was a difficult race for everybody trying to manage the tyres with the hot track

“I was happy when everybody pitted quite early because we knew we would have a chance by running longer.

“It gave us fresher tyres at the end, when it mattered, so we could move up into the top 10. It was a good strategy by the team.

“With a couple more laps, we would have caught Tsunoda, but, from where we started, I think scoring a point is a good result.”

Vettel remains P12 in the Drivers’ Championship with 36 points, 10 ahead of his team-mate Lance Stroll who had a spin early in the race.

“It was not our weekend,” said the Canadian. ” After qualifying, where we were affected by the yellow flags, I was hit at Turn One on the very first lap today.

“The contact dropped me to the back of the field and I picked up a significant amount of damage on the front wing. It cost us some performance, but we still managed to fight our way up the field.

“However, points were just out of reach in the end. It is a race to forget.”