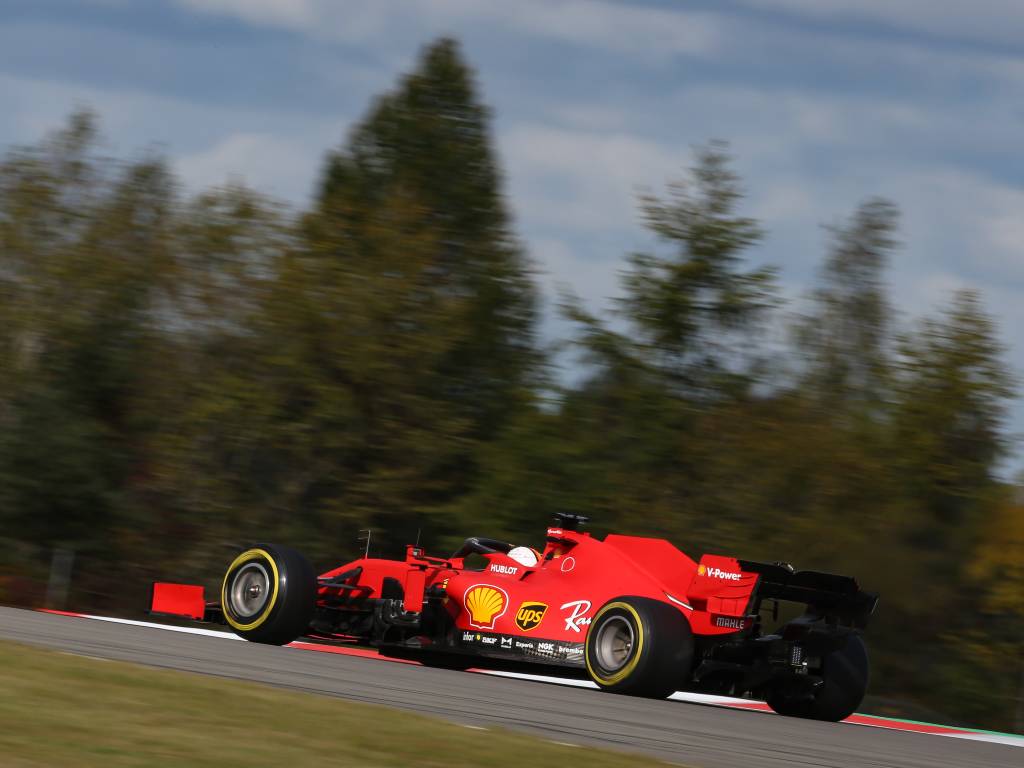 Sebastian Vettel hopes a free choice of tyres for the Eifel Grand Prix will help him to enjoy a positive race on home soil.

The four-time former World Champion qualified 11th in his Ferrari at the Nurburgring, where he was the last Formula 1 winner in 2013 driving for Red Bull.

Just missing out on a place in Q3 means Vettel will be the first runner able to choose the tyres on which he starts the race, and he will want that factor to count in his favour as he aims to close the gap to his team-mate Charles Leclerc who is on the second row in P4.

“We have the choice to start on a different set, hopefully it turns out to be an advantage one way or the other,” said Vettel, who is only 13th in the World Championship standings and will join Aston Martin for 2021 after Ferrari opted against extending his contract.

“I hope that with the free choice of tyres, we will have a bit more luck tomorrow.

“I struggled a lot in sector 1 today, I just didn’t have more grip than what I could extract. I tried everything but I was really struggling with the car in the first sector and I was sliding a lot.

“Other than that it was okay. I think the last lap was pretty good and not much left on the table for me at least. It was a shame we couldn’t make it to Q3 even if I was feeling okay in the car and I think the pace was decent.”

Vettel was seen waving to the fans at the Nurburgring on his ‘in’ lap and while he and Leclerc had updates on their cars from the last race in Russia, the German felt they had limited effect.

“I only had the upgrades in the afternoon, so hard to say, but not a big difference, which is also what we expected,” said the German who, along with the rest of the drivers, was forced to sit out Friday’s two scheduled practice sessions as the medical helicopter could not fly due to rain and fog.

“We had very little free practice time and therefore had to make a comparison using the two cars running different configurations, but I don’t think they made a big difference.

“Today I’m happy for the fans because the weather was better and they finally were able to see some cars on track.”