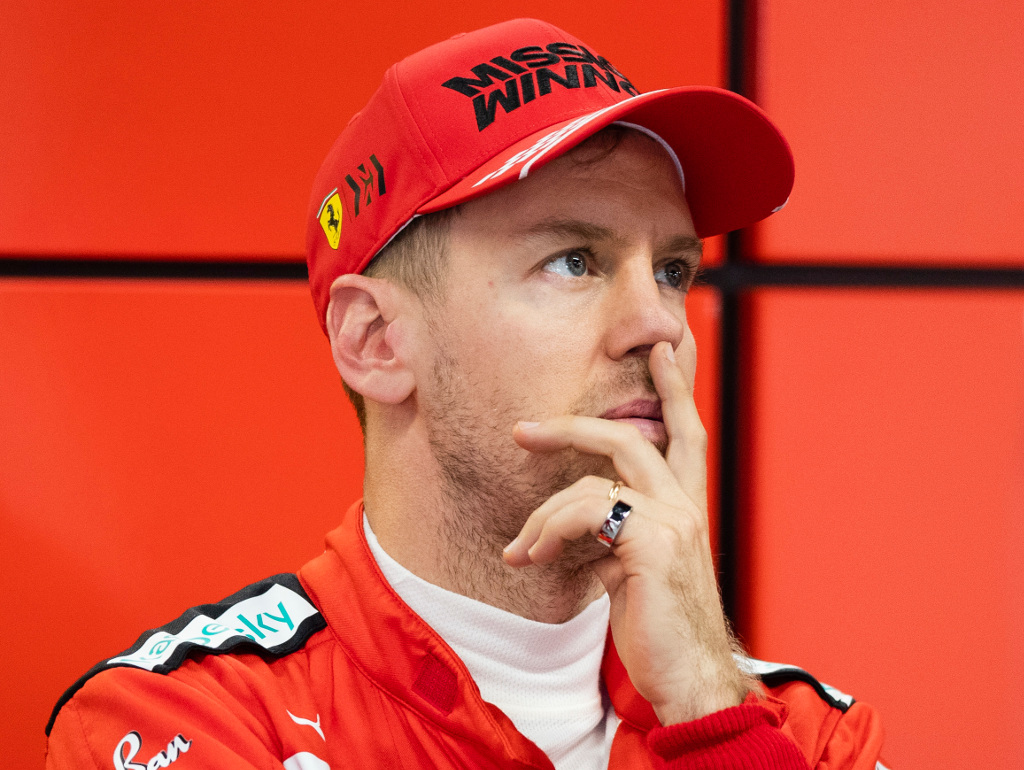 Sebastian Vettel has given weight to Mercedes’ claims Ferrari did not turn up the wick in the opening test, saying that’s “not on the agenda”.

Ferrari failed to shine in the first three-day pre-season testing.

Vettel clocked the team’s fastest lap around the Circuit de Catalunya but it was a massive 2.4s down on Valtteri Bottas’ P1 time in the W11.

This led Scuderia team boss Mattia Binotto to tell the media he was “concerned” about Ferrari’s form.

“Looking at the delta pace and eventually what we may assess in terms of fuel load, which you never know in terms of engine modes, etc – looking at the picture relative to ourselves, I think we are not as fast as they are,” he said.

He added: “Do we have any concerns? Certainly yes, when you are not as fast as you would like to be.”

Mercedes, however, came out saying there was a very good reason for Ferrari’s lack of pace.

According to the reigning World Champions, their analysis led to the conclusion that “Ferrari spent this test running their PU consistently at much lower levels than their partner teams.”

Vettel has backed that up.

The German revealed that while Ferrari trialled various engine modes over the course of three days, the Italian stable never “ramped” up the engine.

“You can play around a lot with engine modes etcetera,” he told reporters.

“Obviously, we’ve done a lot in terms of mileage on the benches to make sure the car is reliable.

“But ramping up the engine and so on, it’s probably not something you want to do in testing and certainly not to show everyone.