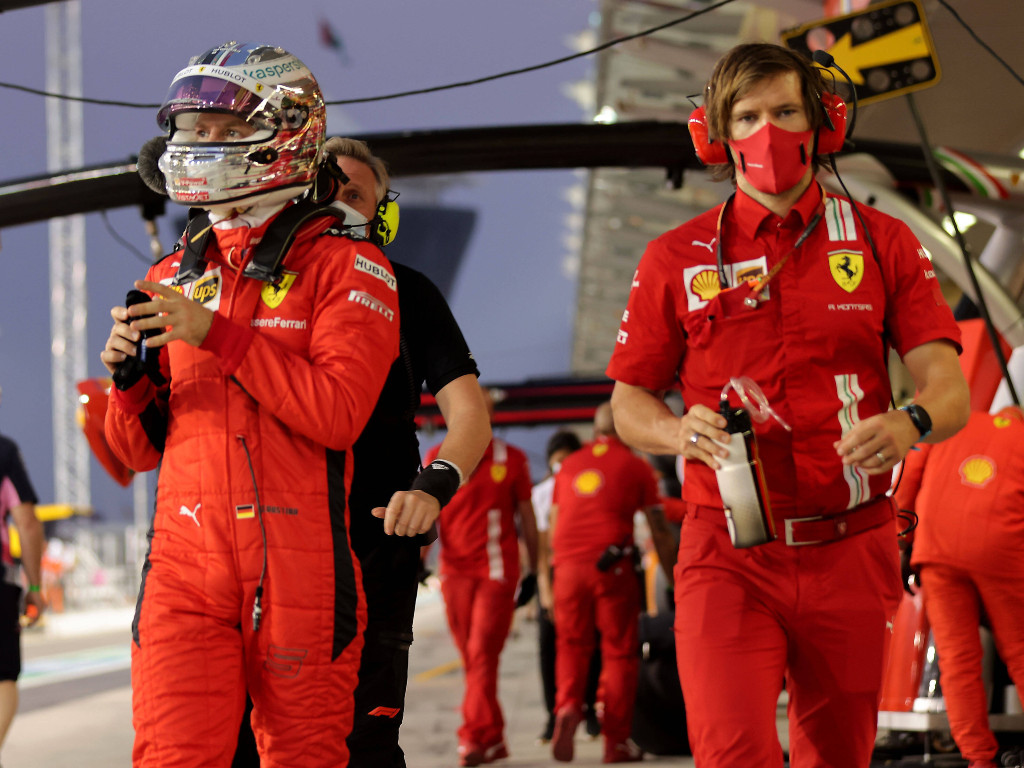 Sebastian Vettel said it is mysterious that Ferrari have by far the biggest pace gap between their drivers of any team on the grid.

It was announced before the season began that Vettel would not be retained by the Scuderia beyond 2020, and ever since he has often been a class below team-mate Charles Leclerc.

There is no greater example of that than in the Drivers’ Championship, with Leclerc sitting on 98 points heading into the season-ending Abu Dhabi Grand Prix compared to Vettel’s 33.

It was only a few months ago that Vettel suggested sabotage and while he was not mentioning that in Abu Dhabi, he did say it is a “mystery” how Ferrari have the biggest delta between team-mates on the grid.

Leclerc made it through to Q3 at the season-ending event in Abu Dhabi, but Vettel missed out after his best time was seven tenths of a second slower than that of Leclerc.

“But I was happy with my quali and my laps. For sure, you always feel there’s a little bit. Maybe a tenth if you put everything into account but let’s see what we can do tomorrow.

“I would have loved to be higher up, but it didn’t quite work.

“It was a good session. I’m happy with myself, not happy with the results, but it’s been like this many times this year.”

The Abu Dhabi Grand Prix will bring an end to Vettel’s six-year spell with Ferrari, and while he said it will be emotional on a personal level, in terms of on the track he is looking forward to seeing the chequered flag and bidding farewell to the SF1000.

“It will be emotional tomorrow, especially with the mechanics, the guys in the garage,” he said.

“Obviously in terms of results, it’s not really a high. So I’m looking forward to seeing the chequered flag.”

While there has not been much from the Ferrari team in terms of giving the four-time World Champion a fond farewell, Vettel’s team-mate Leclerc is using a special helmet for the Abu Dhabi Grand Prix weekend in tribute to his departing team-mate.