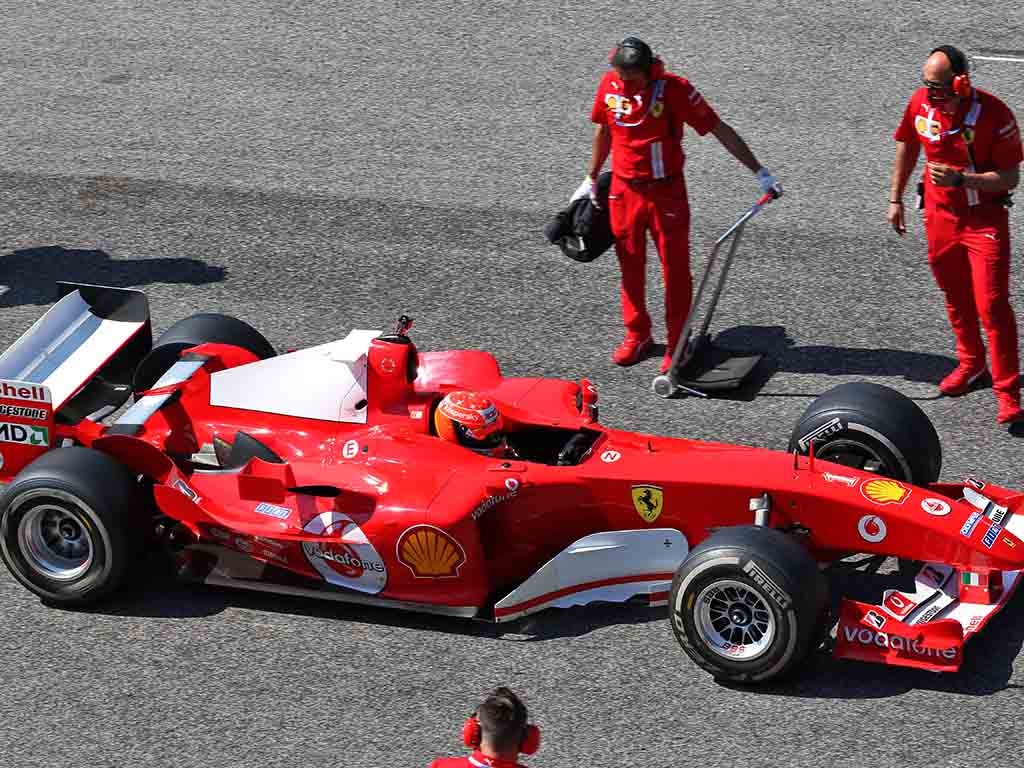 Sebastian Vettel has claimed the Ferrari F2004 was “way too expensive” after he tried to buy one for his collection.

The F2004 was the car in which Michael Schumacher achieved his record seventh and final World Championship in 2004, winning 13 of that season’s 18 races. His team-mate Rubens Barrichello added two further victories.

Just before the Tuscan Grand Prix, an example of the car was driven around Mugello by Schumacher’s son Mick as part of the celebrations for Ferrari’s 1,000th F1 race.

The F2 championship leader also drove the same car during last year’s German Grand Prix meeting at Hockenheim and has previously demonstrated one of his father’s Benetton cars at Spa.

Vettel had a look at the car close up at Mugello and revealed his interest in it during an interview with his former Red Bull team-mate Mark Webber. 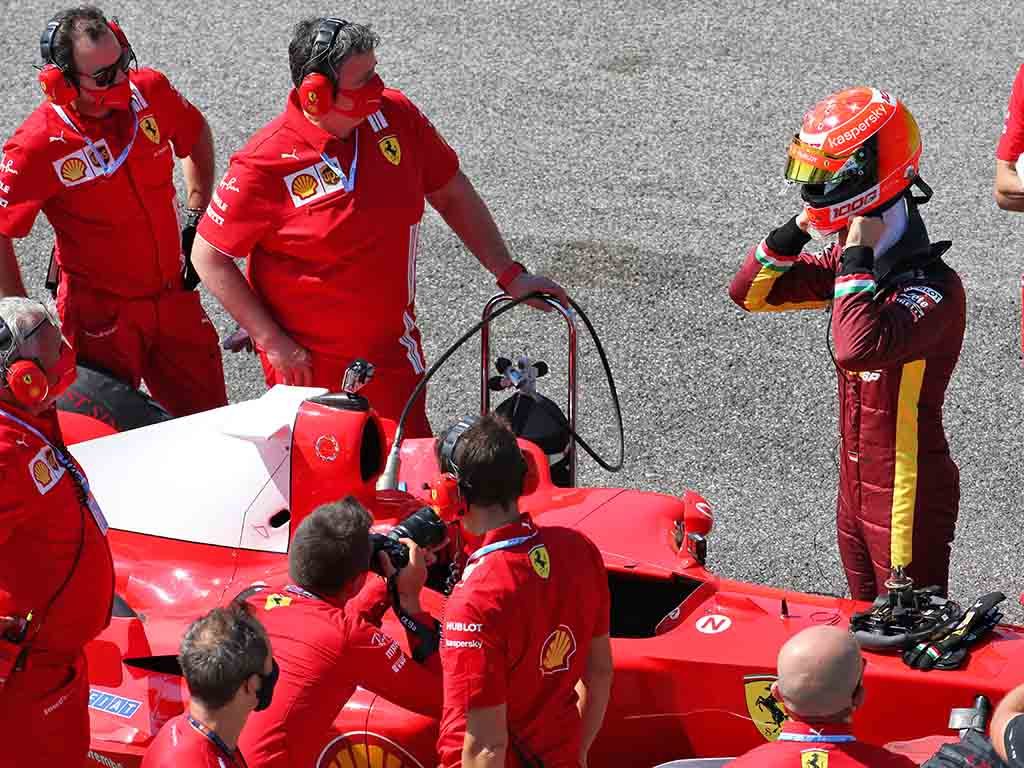 Reported by Motorsport.com, their conversation ensued:

Vettel: “This is my favourite car. Did you race [against] this car?

Webber: “I think I hit this car once in Turkey with Michael, he wasn’t too happy with me. But when I see that car I just think of sheer performance, and Michael on top of things of course. It was extraordinary times, wasn’t it?”

Vettel: “I was just saying, if you look to our cars, our cars are so much bigger nowadays. Obviously we’ve got a lot more downforce, but this car is 160-170kg lighter than ours, so big difference.”

Webber: “You’ve been adding to your collection recently. Do you have any cars of this generation?”

Vettel: “No, there was that one, not that exact one but the same year, up for sale but it was way too expensive.”

Vettel: “It was! It’s an incredible car. You’ll hear it later.”

Vettel’s current Ferrari team-mate Charles Leclerc, who was only seven in 2004, also took time out from his race preparations to look at the car.