Home News Vettel bids farewell to Ferrari with a song 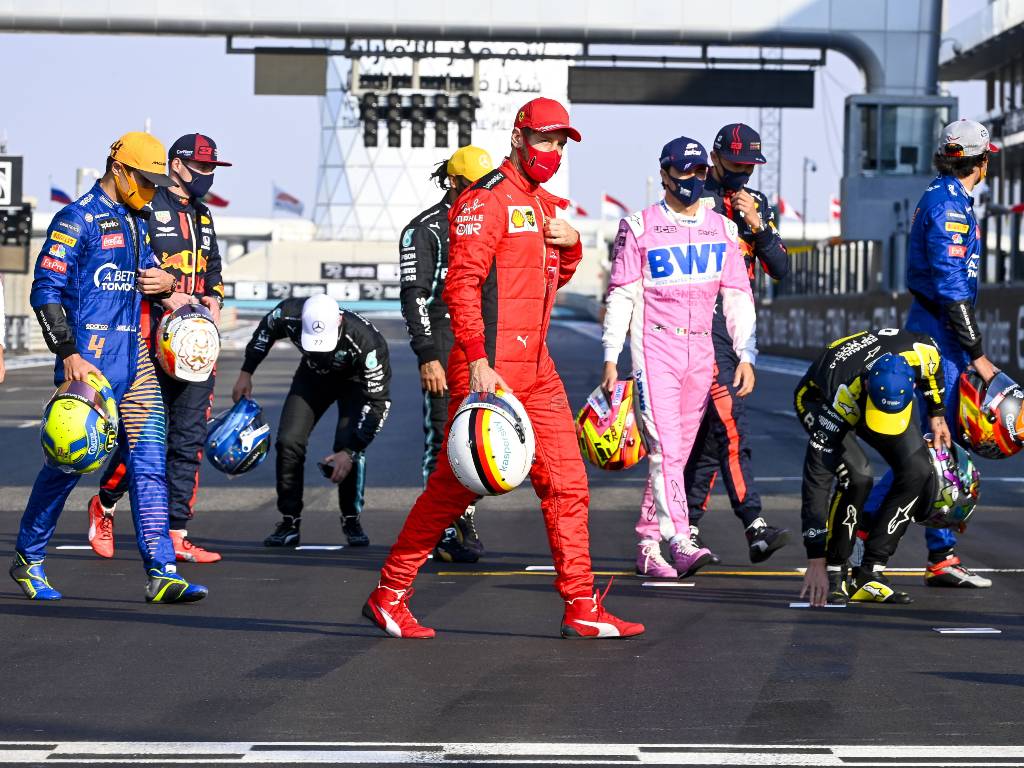 Sebastian Vettel bowed out from Ferrari with a song and a huge trophy – albeit not one that reflected his Abu Dhabi Grand Prix result.

The four-time former World Champion’s poor final campaign for the Scuderia got no better at Yas Marina as he finished a lowly 14th, just behind his team-mate Charles Leclerc, in his last race before heading off to join Aston Martin.

The Ferrari team gathered together for a group photo in the pit lane as they said their goodbyes to the German, handing him the farewell present of a huge silver trophy that resembled the silverware given to the winners of football’s Champions League. In return, he was pictured handing out bottles of beer.

That followed a valedictory song from the 33-year-old as he drove back into the pits, Vettel having prepared thoroughly to serenade the colleagues he is leaving behind by taking a lyric sheet into the cockpit with him!

The song received a round of applause and a ‘grazie Seb’ as Vettel’s six-year spell with the Scuderia came to a poignant end – but in terms of the performance, it was a race that was typical of 2020 for Ferrari.

Only Seb would hide a lyrics sheet in his cockpit for the entire race pic.twitter.com/Ywv7lAZTwT

“I think nothing about today should get mentioned,” said Vettel in his Sky F1 interview. “I think it was quite a poor race from us.

“But I enjoyed it, especially at the beginning, a lot of fights. The Safety Car hurt us when we were most vulnerable with the hard tyres to stay out long.

“We tried everything and for sure it was an emotional day with the mechanics waving goodbye on the grid. I felt there was a different dynamic and intention there.

“I’m sad for the guys. I will miss them, but obviously happy to embark on a new journey.”

On the F1 website, Vettel added: “This race I certainly won’t remember, but what I will remember is the gestures of all the guys, the mechanics and so on. I think it’s been a different energy today that I felt and that I will remember.”

Vettel’s team-mate Charles Leclerc, with whom he has clashed on track several times during their two years as colleagues, wore a ‘Danke Seb’ helmet in the season’s finale in honour of their final race together.

“I think I will miss him – obviously he was giving me a headache here and there,” said Vettel.

“We are at very different stages of our lives and careers, but he’s a good kid and will go a long way – he’s the man of the future, so I hope he gets the car he deserves.”