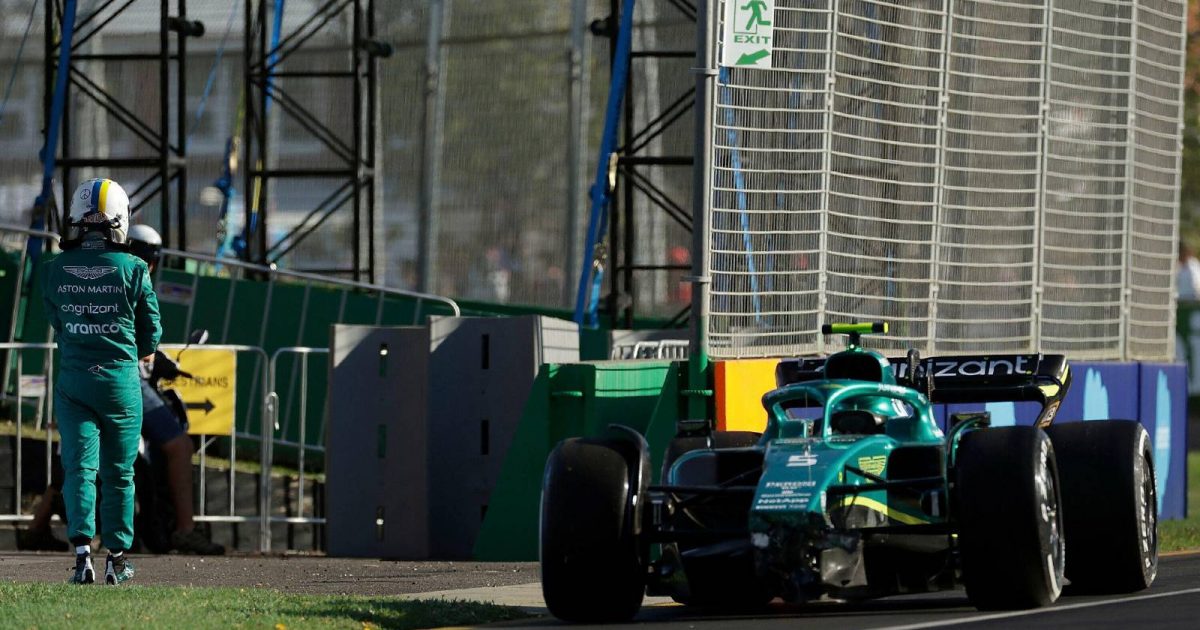 Sebastian Vettel has been advised to retire by former F1 team boss Giancarlo Minardi – because “he won’t win any more” races.

The four-time former World Champion suffered a disastrous return to action following Covid at the Australian Grand Prix, his first race weekend of the season.

Sidelined for the opening two grands prix in Bahrain and Saudi Arabia, Vettel ended up with two crashes, two fines and an Aston Martin breakdown in Melbourne.

Not one of the five track sessions was trouble-free and even after he had spun into the wall on lap 24 of the race, bringing out the Safety Car as he parked up at the side of the track, the German had run off the road when he locked up 13 laps earlier, apologising over team radio.

Aston Martin have had a dreadful first three races, the only team yet to score a point this season, and look a long way off being contenders for the top of the midfield, let alone podium placings.

Minardi, who ran his self-named team in Formula 1 from 1985 until its purchase by Red Bull in 2006 when renamed Toro Rosso, thinks the time has come for 34-year-old Vettel to call it a day with little more to achieve.

“He was unlucky to have missed two GPs with Covid, in the third one he went out,” the 74-year-old, who is now president of the Imola circuit, told Corriere della Sera.

“But he should retire. He has a lot of money, he’s won a lot of titles and he won’t win any more [races].”

Another driver who endured a weekend to forget at Albert Park was Carlos Sainz, but Minardi has no fears that it will linger in the Spaniard’s mind.

After his qualifying session was ruined by a red flag just as he was about to complete a promising lap, Sainz started down in ninth, lost five places at the start as he struggled on hard tyres and then spun out of the race as his Ferrari got beached in the gravel.

However, Minardi thinks the 27-year-old will soon be back up alongside his team-mate, runaway World Championship leader Charles Leclerc, at the front.

Asked if he now expected Sainz to become Ferrari’s second driver, Minardi said: “Let’s take it easy. He had a bad weekend in Australia. He got nervous and made a mistake. It’s not like him, who is a reliable driver. But there is no need to worry.

“Ferrari also want the Constructors’ title and Carlos is one of the best in F1. With Charles he forms a winning pair. You will see he will reflect and not make mistakes like that again.”