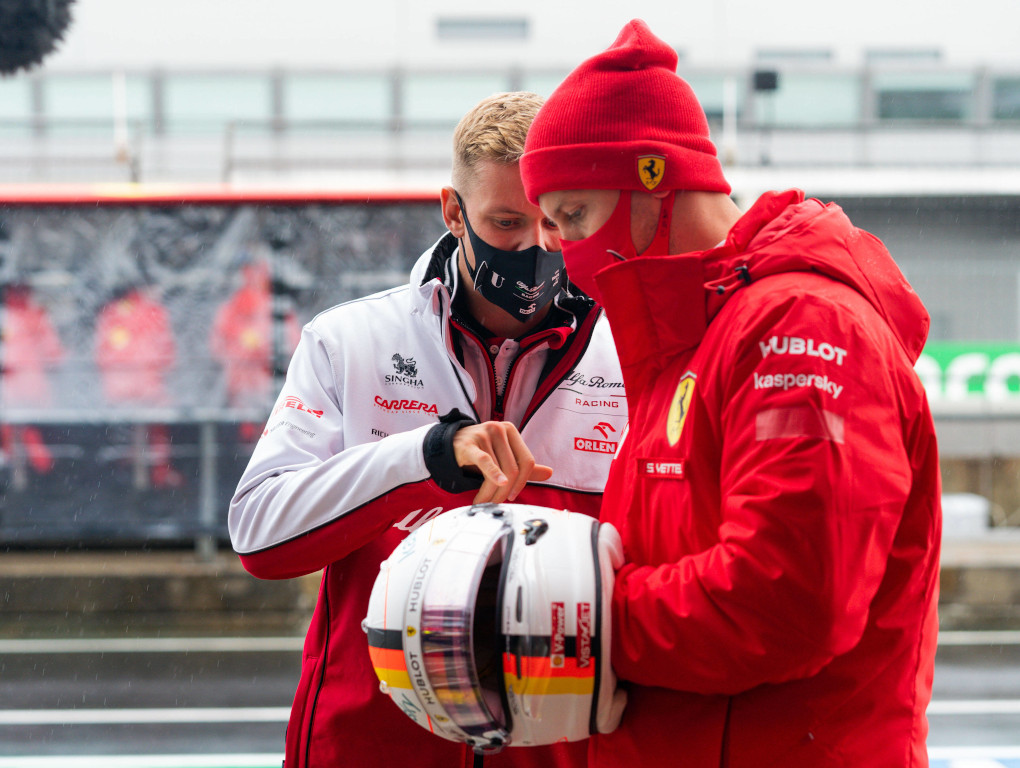 A long-time Michael Schumacher fan, Sebastian Vettel says he would be happy to mentor Mick Schumacher as he gears up to join the Formula 1 grid in 2021.

The Schumacher name will be back in Formula 1 next season after seven-time World Champion Michael Schumacher’s son, Mick, signed a multi-year deal with Haas.

The German will spend at least two season racing for Haas before potentially moving onto Ferrari, who are said to be paying half of the driver’s €600,000 salary.

Schumacher’s promotion has been welcomed by most of the drivers on the grid, especially Vettel.

The four-time World Champion was a boyhood fan of Michael’s and hopes to give back to his son what the Ferrari legend gave to him many years ago.

“I am a Michael fan,” Vettel told the official F1 website. “I’m happy to help where I can.

“Mick is a great guy, I have a very special connection to his father.

“From my side, I really like him, we get on well, and I’m happy to tell him everything I know.

“I watched his father winning a lot more races than he could have watched me win! I would be happy to help.”

"I've a special relationship with Michael. It's sad he can't see his son enter F1. But Mick knows he can always ask me if he wants to. I haven't forgotten Michael has always been a reference for me & I would like to take on this role for Mick as well."#Vettel pic.twitter.com/t5TMIr4sa5

Asked whether he saw Schumacher as a ‘son’ in some sense, Vettel said no to that one.

“The way I look at him, I see him as a person, where I can help him in his life or on track with some of the things I went through in my career,” he explained.

“I’m happy to help, but I think it’s important for him to find his own path, follow his own way.

“As much as it helped me that Michael had things to say when I asked, I’m trying to do the same thing to him.”

Schumacher arrived at the Sakhir circuit for his final Formula 2 outing, leading the championship by 14 points ahead of Callum Ilott.

He, however, faces a tough task given that Roy Nissany drove into the back of his Prema in Friday night’s qualifying leaving Schumacher to the start the race down in 17th place while Ilott is P9.