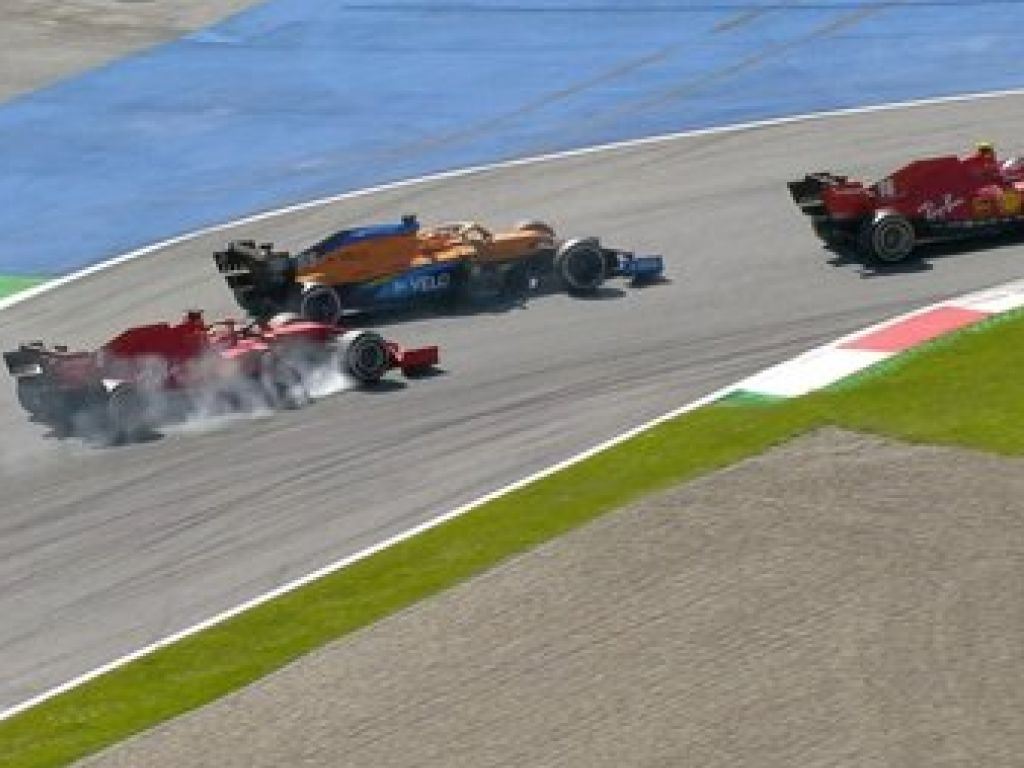 Sebastian Vettel was sent into a spin after driving into Carlos Sainz, the man who will replace him at Ferrari for 2021.

On Lap 32 the Safety Car had just peeled back into the pits after coming out to cover to Kevin Magnussen’s stricken Haas following a brake failure.

Vettel was running in P8 and had a good run on Sainz heading up the hill to Turn 3.

He is driving a McLaren for now, but Sainz will of course replace Vettel at Ferrari from next year.

He drops to P15 on the restart!

But Vettel would lock up badly going into the corner, sliding into the side of Sainz and sending himself into a spin, whilst the Spaniard carried on in P7.

Vettel dropped to P15 after the incident but was able to carry on.

Sky commentator Martin Brundle said: “Sebastian Vettel put his nose in a place it should not have been”, making it clear who he thought was to blame.