Home News Vettel: ‘I didn’t want to be a complete arse’ 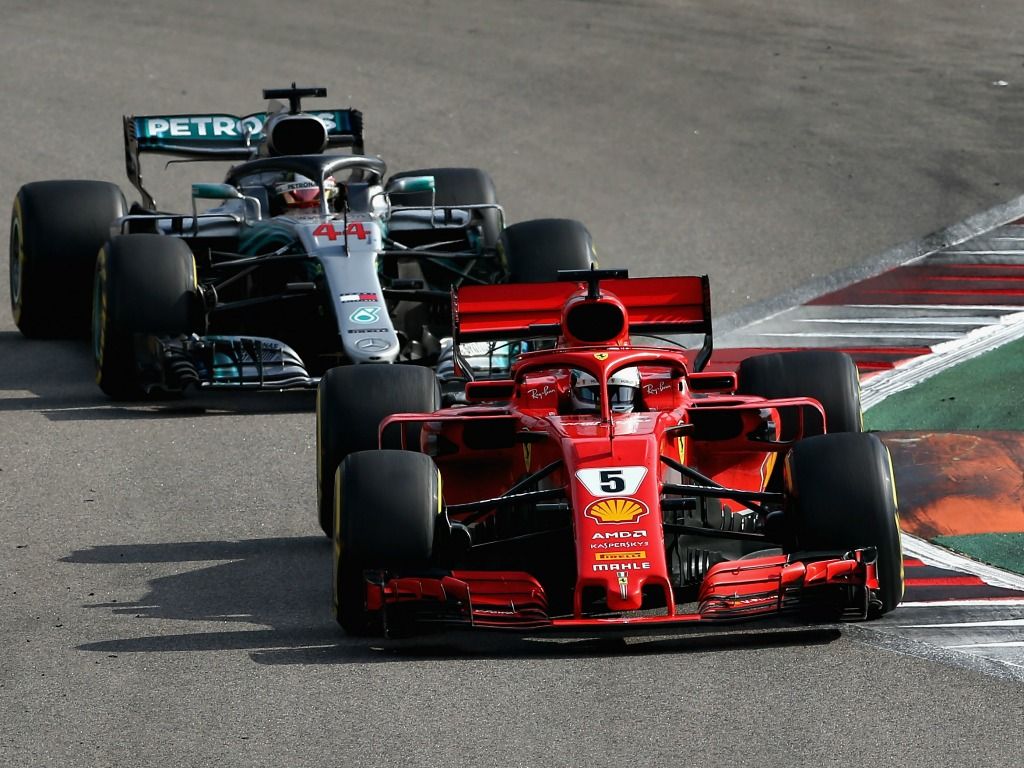 Sebastian Vettel has admitted that he did not want to be a “complete arse” during his battle with Lewis Hamilton in Sochi.

After the round of pit stops, the German ended up in front of Hamilton before the Brit attacked to get the position back.

On the main straight the next time around, Hamilton believed that Vettel had defended his position with a double move.

However, the Brit was still able to get ahead of his title rival around the outside of the fast Turn 3 and into the right hander of Turn 4.

Vettel said he “had no intention to irritate” his rival at Turn 2, but then admitted he was not in the best place to defend again.

“Obviously I had a compromised run out of the second corner defending my position,” Vettel said.

“Then it was very difficult to see where he was, I couldn’t see him for a very, very long time.

“And then I just saw his tyres. I knew that he was somewhere there.”

Despite being behind in the ‘fight for five’, the Ferrari man did not want to push the Championship leader into the wall.

“I didn’t want to be a complete arse by pushing him into the dirt and potentially into the wall,” the four-time World Champion continued.

“So I wasn’t quite sure where he was and then at some point I had to give in.

“I thought I could maybe get it back out of Turn 4 but I had to give him the entrance, otherwise at some stage it just becomes silly.

“I wasn’t happy when I lost the position.”

Vettel believes it was all played out well by Mercedes, as Valtteri Bottas backed off to push the German into the clutches of Hamilton.

“Obviously as soon as I came out ahead, then Valtteri found the brake pedal to make life a little bit harder for me, which I didn’t mind initially because I thought he’d give me a nice tow,” he said of the situation.

“But obviously Lewis then benefited from the very fresh tyres on the first lap.

“Unfortunately we weren’t able quite to hang on to second for another lap.

“I think after that maybe we could’ve stayed there the whole race.”

Vettel now trails Hamilton by 50 points in the Drivers’ Championship, with just five races left in the 2018 season.