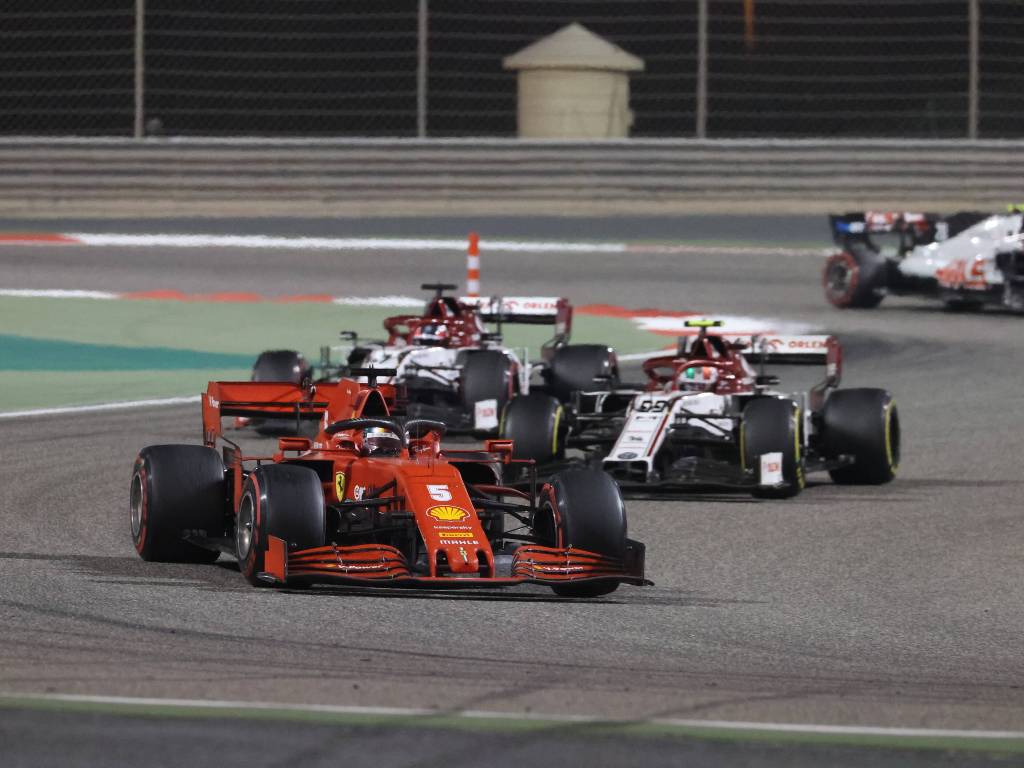 Sebastian Vettel described his drive to P12 as “a bit irrelevant” in the context of what happened at the sharp end of an emotional Sakhir Grand Prix.

Tears were flowing afterwards as Sergio Perez finally won a Formula 1 race at the 190th attempt, while Esteban Ocon also admitted to crying after securing his best ever result in motorsport’s elite category in second position.

While Vettel was never a factor as his poor final season with Ferrari continued, he could at least take consolation from the fact that Racing Point, whom he is joining next year when they will be rebranded as Aston Martin, took first and third with Lance Stroll joining Perez on the podium.

“My race was a bit irrelevant,” said Vettel, laughing, on Sky F1. “We were quite slow. I couldn’t go with the people ahead and be in the mix.

“I was not really gaining anything on the straights, even with a tow and DRS. I was just on the defence the whole race and couldn’t benefit with the soft tyres either at the end. The pit-stops didn’t make a huge difference, I guess, because with the last Safety Car it was all neutralised.”

The four-time former World Champion reiterated how much he is relishing joining Racing Point after the end of what he referred to as a “quite painful” closing chapter with Ferrari – although he factored in that this was an unusual race with Mercedes essentially gifting victory to Perez when they made a disastrous double-stack pit-stop under the Safety Car.

“Obviously today was a bit of an odd race with the Safety Cars and so on,” said Vettel. “I don’t know what happened, but for sure the team [Racing Point] is strong.

“I’m looking forward to it, but for now I’m willing to finish this chapter and it seems quite painful. I tried what I could today and it was really difficult.”

The German also applauded Perez, whose job he is taking for next season, and commiserated with George Russell after the Briton was cost a potential first F1 win by Mercedes’ blunder.

“Congratulations to Sergio, I’m really very happy for him,” said Vettel. “And I’m sorry for George. As far as I understood he was in the lead the whole time, so he scored his first points but I wish it had been a different outcome for him.”