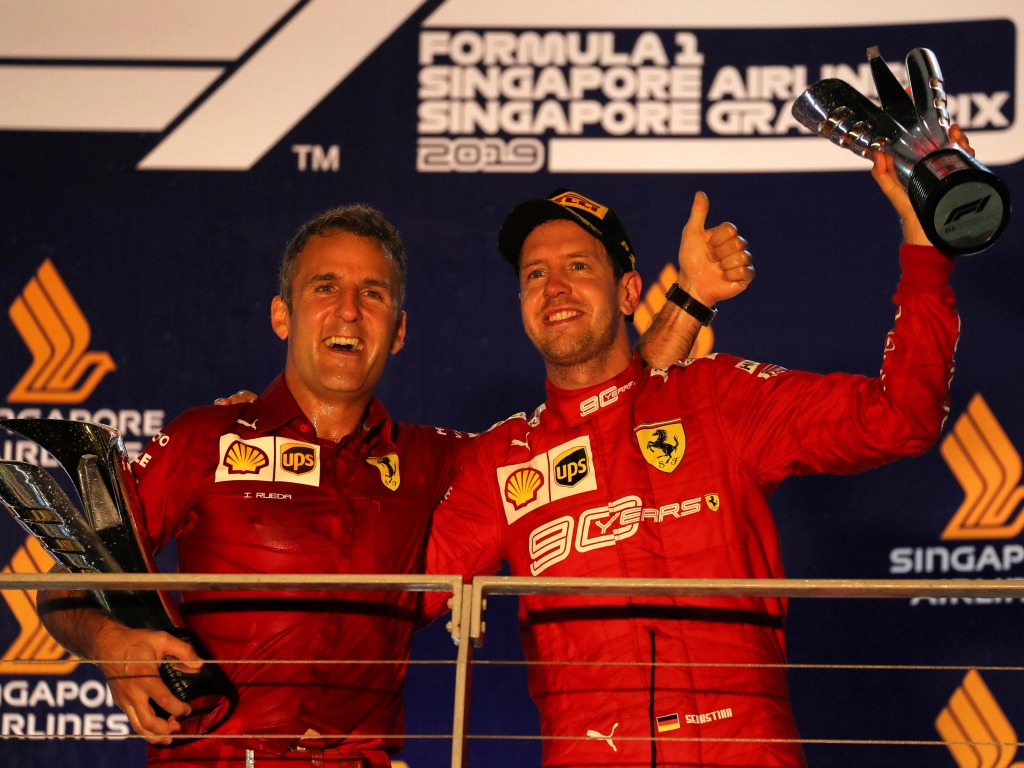 Vettel joined Ferrari all the way back in 2015, coming to the team with four titles to his name which he won in four consecutive years at Red Bull.

But only in 2017 and 2018 did he muster a genuine title fight, and last year the winds of change began to blow as Charles Leclerc came into the team and picked up more wins, poles and points than his veteran team-mate.

Vettel’s contract expires at the end of 2020 and there has been talk that he could leave Ferrari at the end of that deal, but Mekies was clear that Vettel is still a “key” part of the team.

“He has natural leadership in his DNA and is a key person in our project,” Mekies is quoted as having told Italian magazine Autosprint.

“He is always able to find the right words, he is calm and motivating. On paper, the longer you stay with a driver the more you get from them, and I would speak in that way about Sebastian.”

Vettel began 2019 with clear No.1 status at Ferrari, but Leclerc quickly whittled that privilege away.

And team principal Mattia Binotto says that both drivers will start 2020 with equal priority.

“They will start the season at the same level, with the team as the priority,” he confirmed.

“If there is a point in the season when one of them has a big advantage in the championship, then we will look at it.

“In that scenario it would be completely normal and natural to focus on one of them to maximise our chances of winning, but for now it’s too early to think about it.”