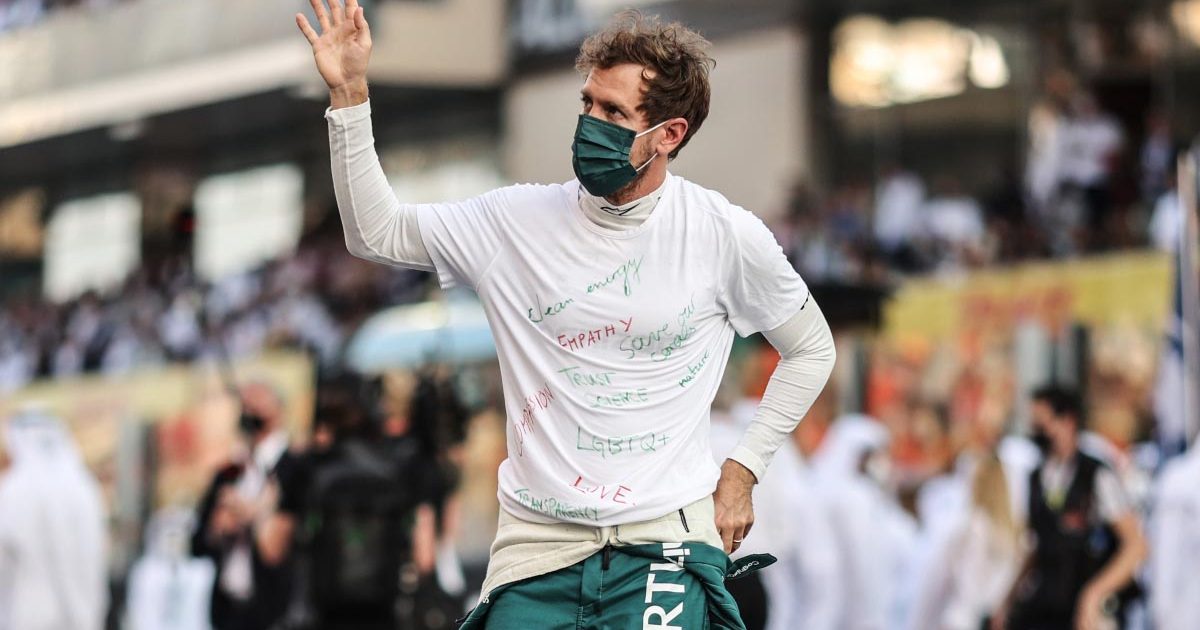 Sebastian Vettel says the stewards’ job is “tough enough as it is” and they should be left to make their decisions as they see fit.

The stewards have been under increasing levels of scrutiny as the season has progressed, with a multitude of big decisions having to be taken through the course of the year regarding the title race – including after Lewis Hamilton and Max Verstappen crashed at Silverstone and Monza, and in their battles in Brazil and Saudi Arabia.

Their decisions have split opinion throughout the paddock this season, and their decision to not force Hamilton to give the lead to Max Verstappen after he took evasive action against his championship rival on the first lap in Abu Dhabi.

Thoughts on what should have happened between Lewis and Max on the first lap?#F1 #AbuDhabiGP 🇦🇪

But four-time World Champion Vettel thinks they need to be cut a bit of slack when they make their decisions, given the “human side” involved.

“Everyone has an opinion, I think leave the stewards alone, it’s tough enough as it is,” said the Aston Martin driver, quoted by The Australian.

“Ideally, we’d like more consistency but there’s also a human side, so it’s probably difficult to get it 100 percent right, but it has to be our target, so we need to see what we can improve.

“But I don’t think it has been any better or any worse than the past, with the exception of the fines for reprimands, in terms of cash, that’s just unnecessary; I think it looks stupid to ask for 10,000, 15,000, 25,000… I would like to see the receipt what happens with the money.”

Out of the stewards’ room, FIA race director Michael Masi has been under fire for the way the end of the World Championship fight was handled, with accusations that the final-lap shootout was set up, with Lando Norris claiming the decision was made “for the TV” and the ensuing drama.

Mercedes protested against the race result after claiming the FIA breached their own rules surrounding lapped cars overtaking the Safety Car, with select drivers being allowed to do so to remove any one between Hamilton and Verstappen heading into the final lap – but those appeals were dismissed.