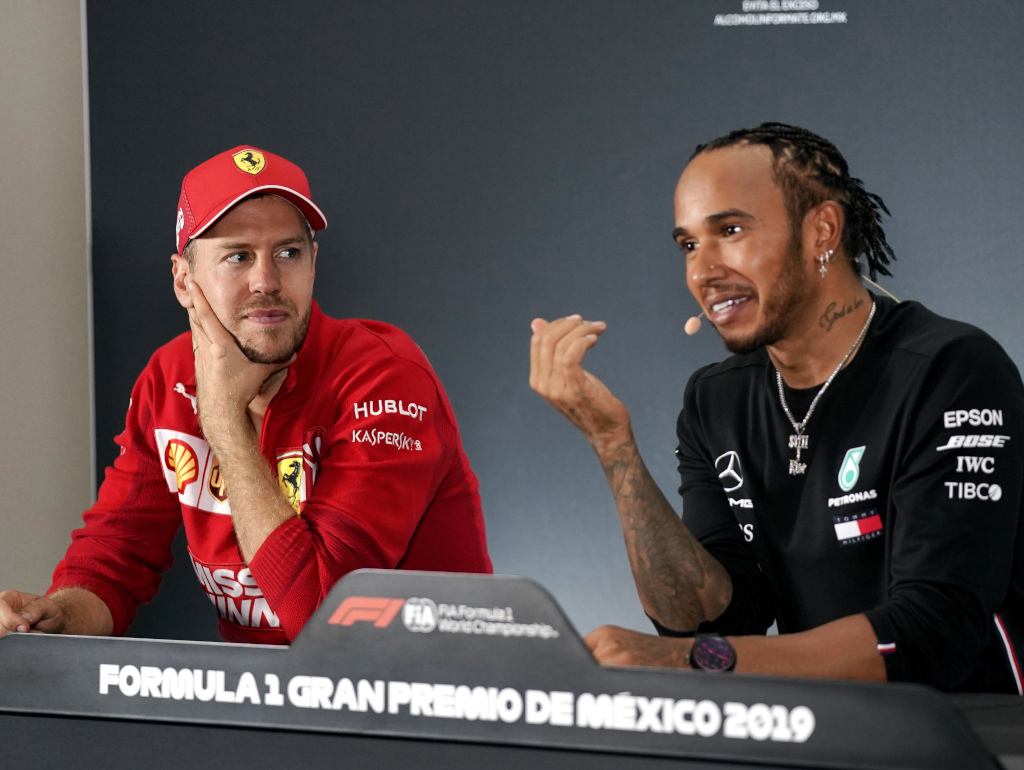 With victory at the Eifel Grand Prix Hamilton matched Schumacher’s record of 91 race wins in Formula 1, while he is rapidly closing in on his legendary record of seven World Championships.

Only the most crazy of scenarios would see Hamilton miss out on title number seven in 2020, and the question surrounding who is the greatest talent in the history of Formula 1 always throws up different opinions.

And Vettel has admitted that he can’t find enough respect for Hamilton’s achievements, saying for him Schumacher will always be his hero, and a driver with that extra something which he is yet to see in anyone else, Hamilton included.

“I think I can’t respect his efforts enough,” Vettel is quoted by Crash.net when discussing Hamilton’s achievement.

“It’s been the number in my head that I thought would never be beaten or equalled. I think we can be quite certain he will exceed this number.

“Nevertheless, I have to say that Michael will always be my hero. And I think Michael had something about him that I haven’t seen in another driver so far.”

Who's ready for some @GoodwoodRRC track action? 👀

The ‘Flying Scott’ was forced to clarify that he wasn’t trying to diminish Hamilton’s achievements after saying he didn’t see the Briton as one of F1’s greats because his Mercedes cars have been so dominant that the other drivers haven’t had a fair chance.

“I am not trying to diminish Lewis Hamilton and I hold his performances with incredible respect,” he told the PA news agency.

“He is the best driver of the present time.

“I am not knocking him down and I am disappointed he thinks that way. What do I have to gain from that? I am 81 years of age.

“I was asked what did I think about Lewis becoming the most winning driver of all time and if that made him the greatest there has been.

“I said it is very difficult to say that.

“The greatest I believe there has been is Juan Manuel Fangio, followed by Jim Clark.

“But even then, is it correct to say someone is the best?

“Is Lionel Messi better than Pele or Sir Stanley Matthews, who was the greatest of all time when I was a child? Is Roger Federer better than Rod Laver?

“They are different eras.

“You can say Lewis is the best of his time and that is not in any way demeaning towards him.