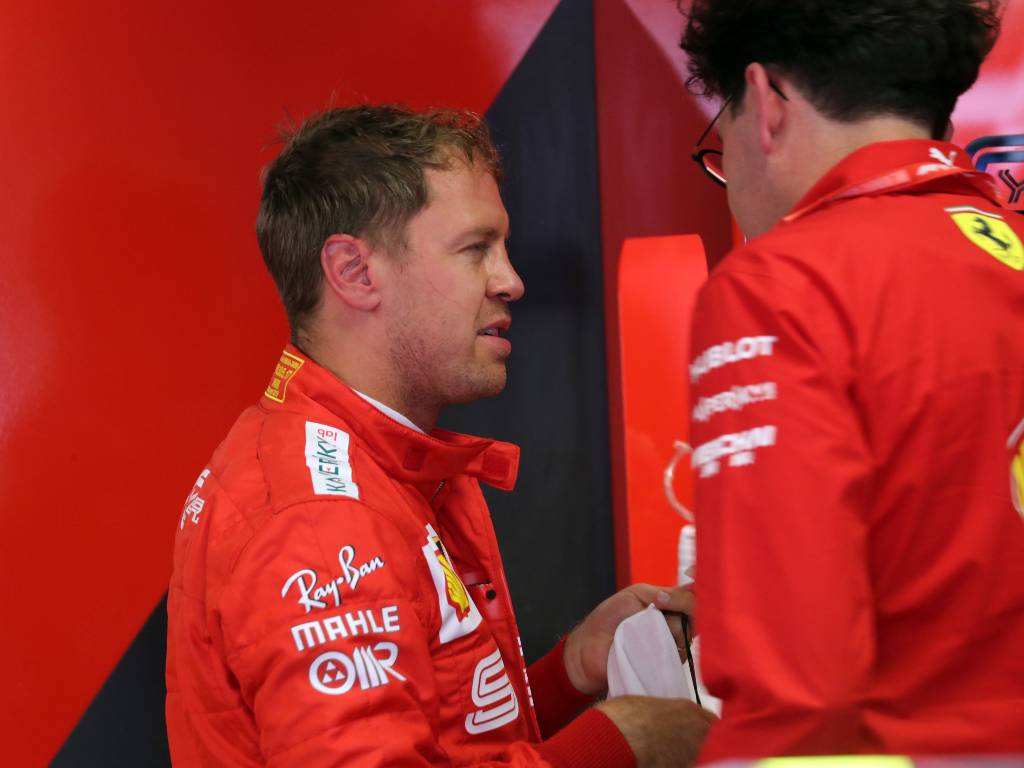 Sebastian Vettel has joked that Ferrari will try to keep Mattia Binotto at home more often after the team’s excellent result in Turkey.

Vettel took his first podium of the season at Istanbul Park, finishing in P3, while Charles Leclerc came home just behind the German in P4.

It was the Italian team’s most successful race in a long time and also happened to be the first of the year that team principal Binotto wasn’t at.

Given this, Vettel has joked that the team will try to keep him at home in the future if things go bad again.

“No, I don’t think it’s related to that. I don’t believe in this kind of stuff. I’ve worked with Laurent already 12 and 13 years ago and I think we have come a long way, I have come a long way and yeah, he does take care of us with Mattia not being here. I think he’s a capable guy and as I said, it’s not only down to him or down to Mattia. In the end, it’s a team effort.

During the race, Binotto was at the team’s base in Maranello and had the ability to speak to the drivers on the team radio after the chequered flag.

He did so, but only to try and calm down Leclerc, who was furious after his late mistake cost him a P2 finish, opting not to talk to Vettel.

Later on, though, he spoke of how happy he was for the 33-year-old.

“I’m very pleased for Sebastian. I think a podium for him is very important. It has been a difficult season for him,” said Binotto, quoted by Motorsport.com.

“I think he has started being, at least now at the end of the season, [more] comfortable with the car. He is delivering better.

“He had a very good start, very consistent, with good pace. He was managing the tyres, managing to keep the positions, and holding the positions. And overall, even on the last lap, he did well because he took the opportunity. And it’s great for him.

“He just finished third, very close to Perez. But great, I’m happy for him. Still three races, and hopefully we will do as well in the next one.”