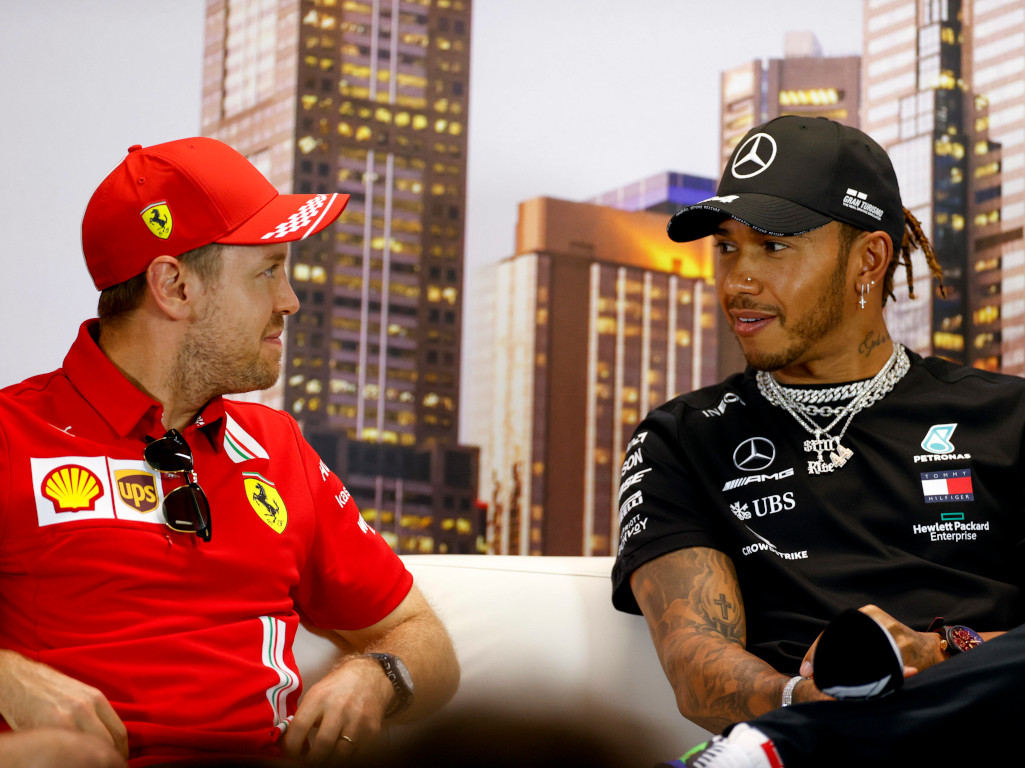 Sebastian Vettel has admitted he chose to join Aston Martin despite believing only Mercedes can win the World Championship in 2021.

The four-time former World Champion’s future has finally been put to rest after months of speculation since Ferrari announced they were to release him at the end of this year.

The German will take the place of Sergio Perez at the team who are set to be rebranded from Racing Point to Aston Martin, partnering Lance Stroll.

Although the length of Vettel’s contract has not been specified, merely announced as for “2021 and beyond”, he is clearly looking to 2022 at the very least.

In an interview with Sky Sports on the eve of the Tuscan Grand Prix weekend at Mugello, the 33-year-old opined that before the introduction of new F1 regulations in 2022, only Mercedes can be World Champions – thus ruling out his former team Red Bull, with whom he had also been linked.

Valtteri Bottas has been confirmed by Mercedes for 2021, while Lewis Hamilton is also expected to sign a new deal – therefore closing the door to Vettel.

“I think you have to be honest and realistic that if you want to win the Championship next year you need to be in a Mercedes,” Vettel told Sky’s Ted Kravitz.

“Now obviously there are two seats and I believe those seats are taken.

“It’s obviously not been an easy decision (for me). I think there’s two main factors. One is obviously believing in the team’s ability to do well – I think part of that is already proven by the track record this year, but I believe there is more to come.

“And the second big one is what I want to do in my future, whether it might be time to stop, to do something else or to keep going.

“I think I have more to give and I’m looking forward to the task with a new environment, new team, new spirit, some people I’ve known for a long time and together hopefully we can do good things.”

Vettel also made reference to the “potential” of his new venture, especially given the budget cap that will be introduced into the sport next year.

“There’s a lot more to come from the team than what people have seen so far, for various reasons,” he added.

“The biggest one is that financially they were always disadvantaged with not having the amount of money other people were able to spend.

“Now the rules and the situation are coming their way, it’s a team that is growing and with the relaunch of Aston Martin in Formula 1, I think it’s a great step and very exciting to be part of that.

“There’s huge potential for growth and I’m looking forward to joining the team and trying to help with everything I know, all the experience I have to try to grow the team as much as possible so that we find ourselves in a competitive spot on the grid.”