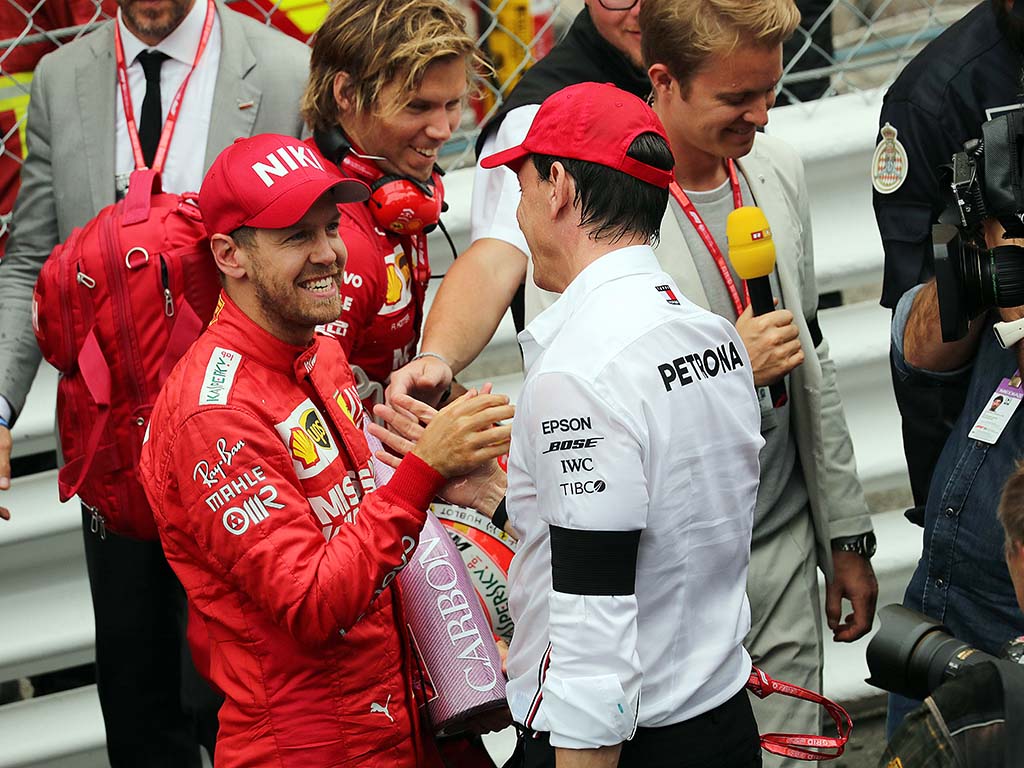 Toto Wolff has said Mercedes are committed to their current drivers, but “cannot ignore” that Sebastian Vettel is available from next season.

Vettel and Ferrari have triggered the official start of Formula 1’s silly season after a joint statement was made on Tuesday morning to confirm the overnight rumours that the two parties will be going their separate ways at the end of the year.

The next pieces of the puzzle to solve are which driver does Ferrari pick to replace Vettel…and what does Vettel do next?

The stronger rumours appear to be those linking Vettel with a move to either McLaren, replacing Carlos Sainz, or Renault, replacing Daniel Ricciardo, if Ferrari do opt to go for a straight swap.

Another swap could potentially take place between Vettel and Lewis Hamilton, who is also out of contract at the end of year.

The same can be said, too, for Valtteri Bottas as Mercedes only offer him one-year contract extensions at a time.

Reacting to the news of Vettel’s exit, Wolff said that Hamilton and Bottas are still at the forefront of Mercedes’ plans – but Vettel’s impending departure from the Scuderia is too big to ignore.

“Seb is a great driver, a great personality and an enrichment for every F1 team,” Wolff is quoted as having told the DPA news agency via Motorsport-Total.com.

“With a view to the future, we are first and foremost committed to loyalty to our current Mercedes drivers, but of course we cannot ignore this development.”

Wolff’s own future with Mercedes is also under the spotlight as he, like Hamilton, has yet to commit to signing a new deal with the Silver Arrows.