Home News Ralf: Vettel ‘has to look in mirror’ after Mick crash 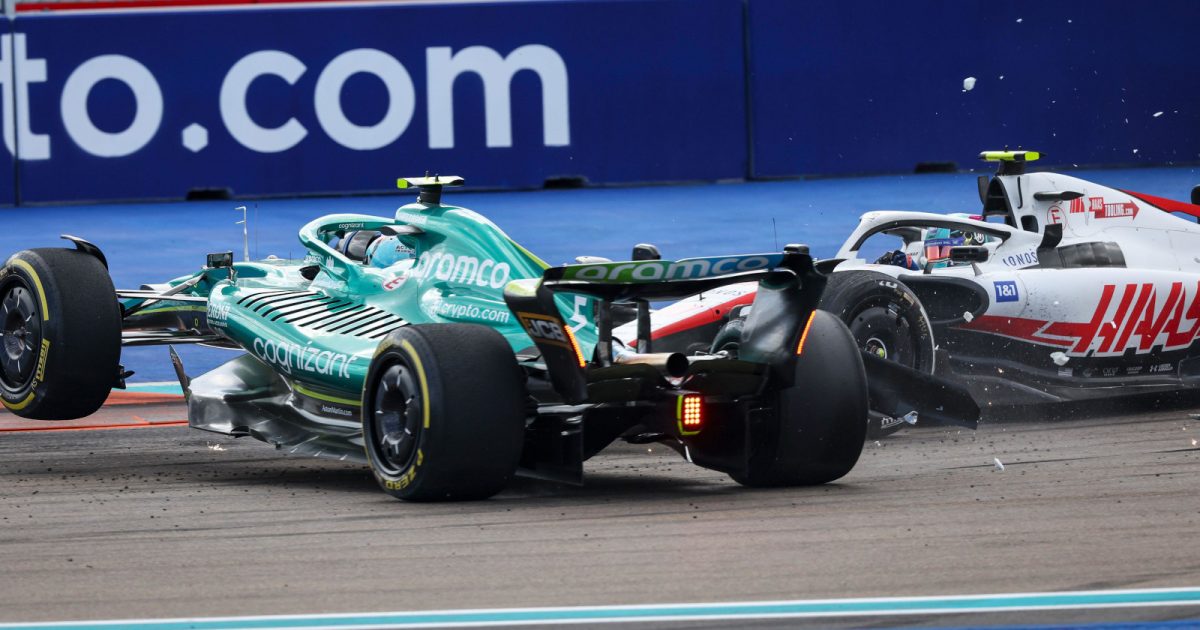 Mick Schumacher says his collision with Sebastian Vettel in Miami was a “shame” while his uncle Ralf feels the Aston Martin driver should have used his mirrors.

Racing inside the top-ten in Sunday’s Miami Grand Prix, Schumacher was on course for his first-ever Formula 1 World Championship point.

While keeping Esteban Ocon at bay, he was passed by his mentor Vettel up the inside, the Haas driver looking to fight back at the very next corner.

Taking the inside line as Vettel turned in for the corner, Schumacher collided with his compatriot.

Vettel: “Which gap was that? I didn’t see that. Ahhhh that’s it I guess.”

While the Aston Martin driver was forced to retire as a result of the crash damage, Schumacher pitted for a new nose and finished last.

“Very, very unfortunate for both of us,” he told Sky Deutschland.

“If you look at it that way, I could have just stayed behind or tried harder to pass. But of course it’s always easy to talk about it afterwards.

However, his uncle Ralf Schumacher, a former driver turned commentator, believes Vettel could have done more to avoid the collision.

“Mick can’t just vanish into thin air,” he said. “Sebastian has to look in the mirror.”

But, he conceded, part of the blame also belongs to his nephew.

“Mick has to try it there but you can see that he hesitates a bit,” he said. “He might not have had to do that at all, because the He could have cornered just by braking a little later.”

Vettel told the media that both of them could have “done better” to avoid the collision.

Ralf added: “What remains is that both of them get along very well with each other and that Sebastian confirmed again that he didn’t expect him.

“If he had seen him, he would certainly have left him the space. It would have been nice if Mick and Sebastian had finished in the points.”

Schumacher remains one of only two regular race drivers yet to score a point this season, the other being the under-fire Nicholas Latifi.