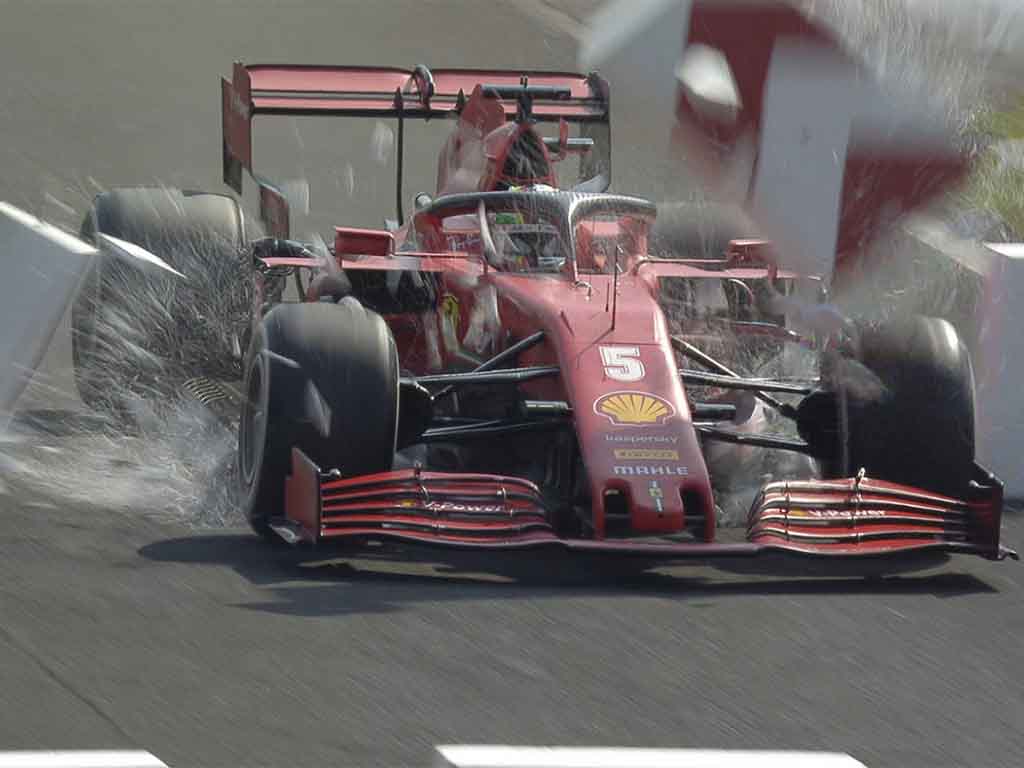 Sebastian Vettel suffered an early DNF at the Italian Grand Prix after the rear brakes on his Ferrari exploded.

Sebastian Vettel via RTL: "On Tuesday I will be in the simulator. At least there the car stops!"#ItalianGP 🇮🇹 #F1pic.twitter.com/B8O8muqFfP

The German racer came into Ferrari’s home race with a best finish of P6, but, currently languishing all the way down in P13 in the Drivers’ Championship, his situation in 2020 shows no signs of improvement.